Bow tie is a close relative of the necktie, in which we recognize their common predecessor - the cravat. Till XIX century, the decoration for men's necks was a square cloth, folded diagonally and draped around the neck, forming a smaller or a bigger knot. As smaller the cloth was as similar to today's bow ties. Since 1870 this form is almost indispensable. But during the time, the bow tie has lost its status as a full alternative of other necktie forms - like plastron or long tie - and develops to an intermediate niche product.

The fact that today it's almost disappeared is notable for one thing: more men can't tie a bow tie and those who have even a minimal sense of style know that a pre-tied bow tie can't be even discussed. 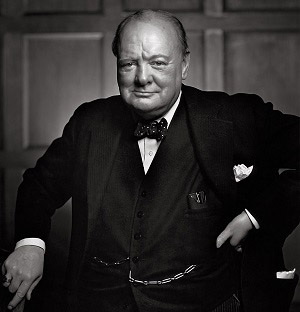 Well, a bow tie is a an obligatory accessory to tuxedos and tailcoats and your life or a friend of yours can tie it - in case you don't have a servant. Anyway, bow tie is among those issues and habits, which every man during his life tries, denies or accepts - like smoking, having a beard, etc - no matter if it's fashionable at the time or not. This forms style...

Some guys love this detail and decide to wear it all the time - but that's not the rule. Maybe because in a bow tie has something comedian or because it doesn't look very masculine. Anyway, today the bow tie is so rare that it immediately grabs everyone's attention when worn. Some are afraid of being considered waiters... But those who have no such scruples, know that bow tie is the only alternative for men with good taste who see something too administrative in neckties, but want to be impeccably dressed.

So, if you've chosen bow ties, it's good to have a dozen men's shirts with button-down collars. If you are eccentric you can wear a cravat tied like a bow tie and 'buttoned' with a gemstone tie pin. And if you get inspired by the dandyism you can tie around you neck a necktie as a bow tie and break the administrative conventionality.

Those who buy their bow ties at Turnbull & Asser can be very proud for becoming a part of an elite society, including names like John Gielgud, Michael Caine and Winston Churchill (with his distinctive polka dot bow ties). And you'll become a part of my circle, because I wear neckties almost never... 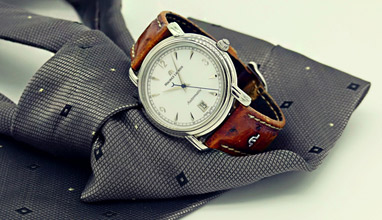 Fashion life hacks that every man should know