Escorial wool - the pinnacle of luxury

What is Escorial wool

Escorial is a rare and luxurious wool from a small sheep originating from the Spanish Royal flocks of El Escorial, today only to be found in small numbers in Australia and New Zealand.

The story of Escorial wool is one of remarkable rediscovery. Once a fibre prized by the 15th Century Spanish Royalty, Escorial's heritage, authenticity and rarity combine to make it the pinnacle of luxury today.

The Escorial difference is in the heart of the fibre, performing as a naturally coiled spring. This flexible characteristic creates a fabric that is incomparable in drape and resilience with a distinctive soft handle. The suppleness and fluidity of the Escorial fabric delivers a garment of comfort and performance.

The Escorial fibre is like a curled spring and when stretched throughout production processes its natural memory is to return to the original curled state. It is this characteristic that makes Escorial garments, lightweight and resilient.

Escorial is often likened to curly hair. In comparison to straight hair, curly hair traps air between each strand, providing greater bounce and insulation. The special touch of Escorial comes from the airy nature of the fibre.

Jacketings and coatings showcase the Escorial distinction. The loft, bounce and touch of the fibre shows in more openly constructed fabrics - providing the wearer with a soft, light and comfortable garment. 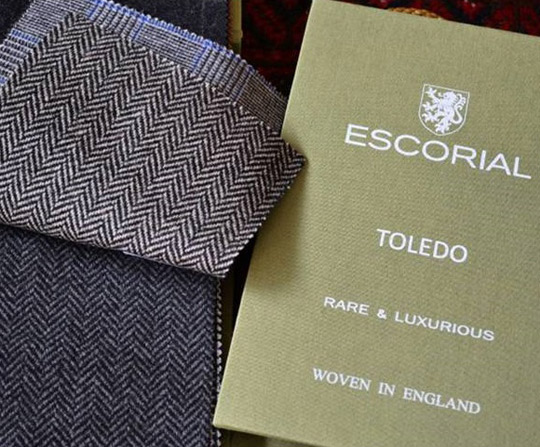 Escorial suiting is renowned for its extreme comfort and performance. The key is the 200-year-old natural finish applied to the Escorial suiting fabrics by an English Finishing Company.

The Escorial spring makes ultra-light knitwear with amazing elasticity and performance. The natural curly fibre makes chunky knitwear that may appear bulky but is lightweight and extremely warm.

The Escorial among all other woolen fabrics is like a purebred Arabian horse among all other horses. Escorial equals top quality and guaranteed origin. Its properties make it perfect for suits, coats and shawls. The high price is justified both by its quality and limited availability. The sheep from which this wool is obtained are bred in New Zealand and Australia, while weavers' workshops producing Escorial fabrics are found only in Scotland, England and Italy.

The Academy itself was founded by King Louis XIV, with the goal to stimulate and support scientific research in France. The Academy publications showcased research progress in all the science fields which developed during that period.

France has always treated the clothing industry as one of the most important drivers of its national economy. Therefore, it was only natural that the French engaged in studies on increasing the quality of sheep's wool, to make it a more noble fabric. These studies were conducted by a scientist and breeder, Louis Jean-Marie Daubenton, known simply as Daubenton. It took about twenty years before the results of his work were approved by the French Academy of Sciences and presented in one of its publications. As the result of tests and cross-breeding of sheep, he managed to obtain wool whose quality was similar to that of Escorial wool. It could be said that this was a sort of benchmark which France introduced at that time.

The very approach to the subject is a proof of the significance of fabric quality in France, and how important it was from the purely commercial standpoint. At that time, there were no standards for fabric quality. Everything was based on the experience of buyers and sellers. But already then, as the Academy publication reveals, there was the issue of different approach to quality across countries. What was seen as top quality in one country could have only passed as second or third quality in another. But the Escorial wool was considered the best and was supplied to the royal weavers in France. At that time, only the Spanish royal family was entitled to breed sheep whose coat yielded the prized Escorial yarn. The sale of the royal sheep outside Spain was punishable by death. 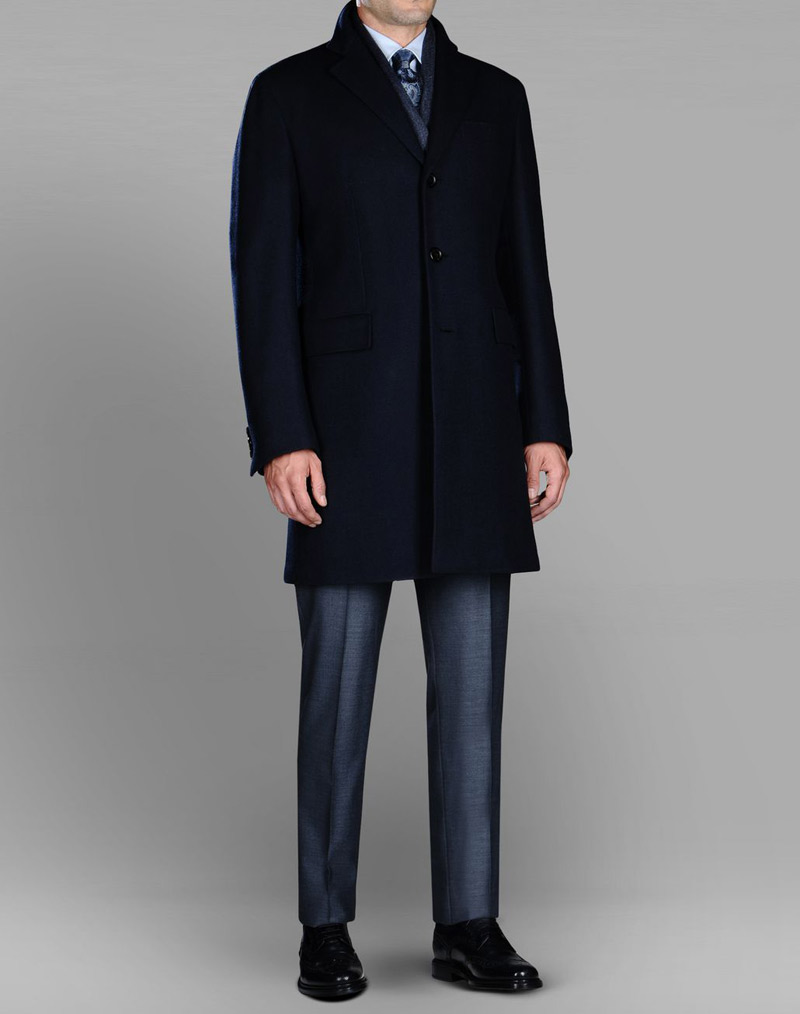 The Foglia overcoat is an iconic statement piece. Every detail is painstakingly designed to create the lightest and most impeccable coat ever made. Completely unlined, it falls perfectly over a formal suit. It is made of double Escorial - a rare and luxurious fiber that Brioni presents in the finest gauge ever created. 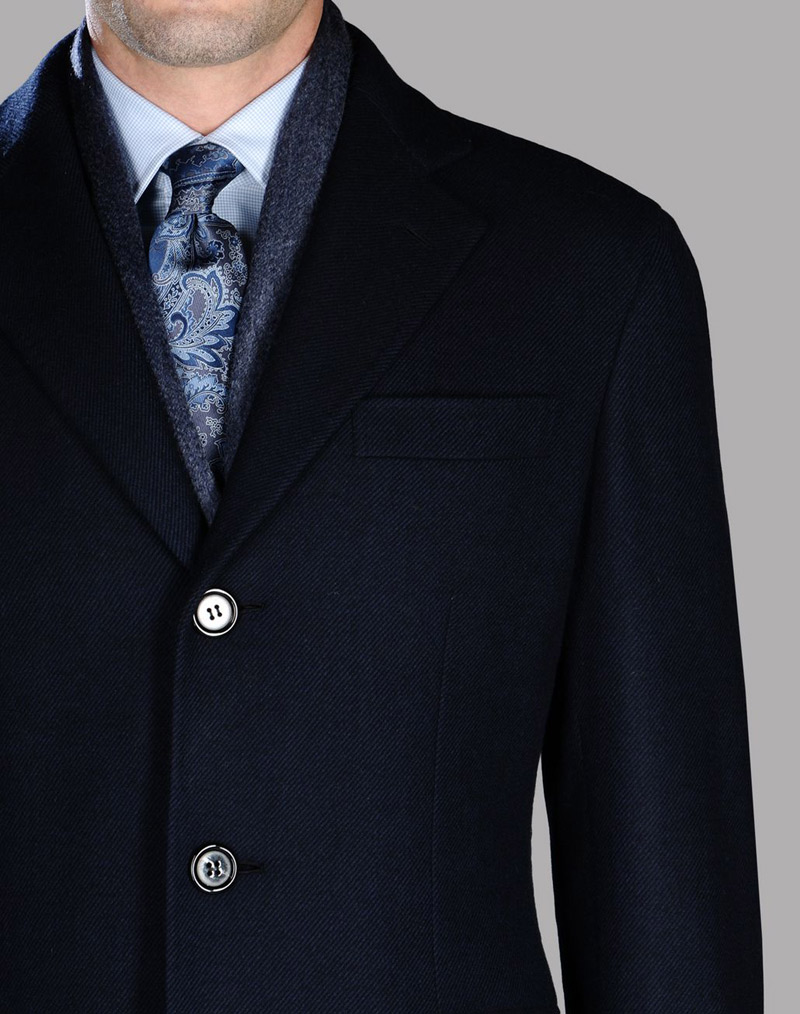 In the year 1765 the sheep from the royal flock traveled outside Spain for the first time. The king Charles III offered 90 sheep to his cousin Xavier, the elector of Saxony. With time, the breed was exported also to the Republic of South Africa, and nowadays Escorial sheep are bred in Australia and New Zealand. 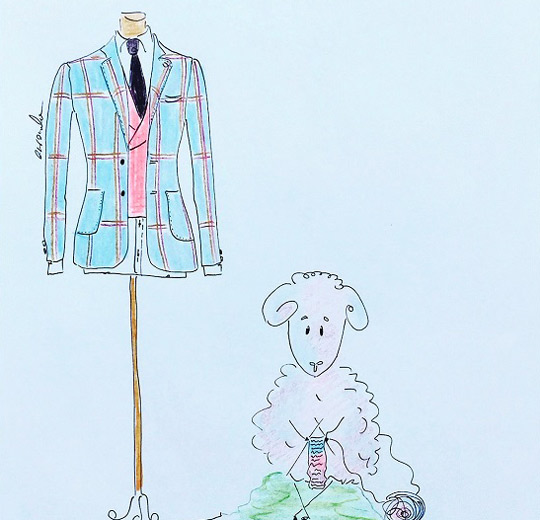