Dandyism as a Style

The creator of this style is the previously mentioned Beau Brummell, who suggested a style of dress and behavior based on ostentatious simplicity, plain fabrics and restricted use of accessories as opposed to the gigantic ornamentation of French fashion.

He introduced black color as the color for male formal suit and turned his tie drapery into apotheosis of male elegance.

At the beginning of the XIX century young dandy-Englishmen imposed that fashion: a simple, stylish suit, consisting of long trousers, jacket, vest and coat, all this garnished with breathtaking accents, pronounced on this normativistic background.

This puts an end to the simple encyclopedic reference and what remains is the incredible burst of imagination, eccentricity and bizarreness, constituting this style of dress.

Baudelaire defines dandyism as the last burst of heroism in decadent ages and compares it with poetic creativity, with the most severe monastic discipline of keeping such a brilliant self-control, which surprises everyone, except a dandy.

The character of Huysmans Des Esseintes convinces tailors and shoemakers to sacredly observe the commandments of the cut and sewing and threatens with monetary anathema in case of the least breach of advice and instructions.

Dandysm is obsessively idiosyncratic; it is abdicated monarchism, disinherited aristocracy, artistry evacuated within the body. It is potentially homosexual because it is narcissistic. It is metaphysical in its arrogance and enjoys the pleasure of being untouched and integral.

Dandy is the redeemer of objects and elegantly releases them from the original sin of their transformation into a commodity. And according to Balzac, becoming a dandy, the man becomes an accessory to the boudoir, the most cleverly dummy. 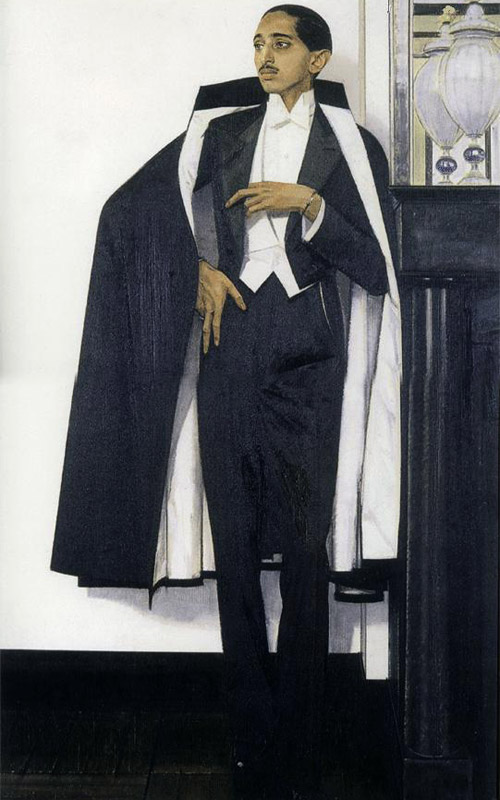 Popular is the obsession of William Wainwright with the apple-green color which has become the heraldic color of dandyism, the propensity of Marcel Proust to constantly change his white gloves, the epatage of Marchesa Casati to be accompanied along the canals of Venice not only by her dazzlingly handsome gondolier, but by two cheetahs on diamond leashes, or the propensity of Stephen Horsley to be modified as the Infanta of Velazquez from a tiny dwarf, dressed in a copy of his own suit, and more, and more…

We make this reference to kindly encourage you to be cautious, if you decide to develop a variation based on this style and authorize it. First of all, you must be maniac in any direction, surprisingly educated, take the risk of being ruined by visiting antique stores and supplying yourself with personal solitary kits with accessories, take the risk of being misunderstood among laymen, and finally you must have an aide to carry furniture for your permanent palatial comfort. 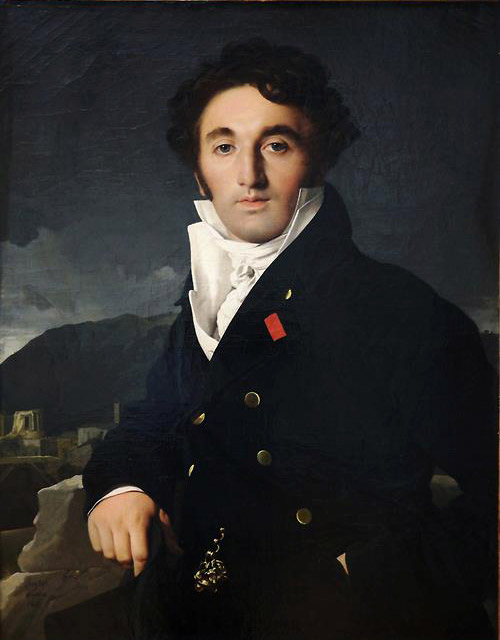 Don't be silly! Eccentricity in dandystic meaning is not to appear at a reception, wearing Bottesforte and Pickelhelm with Plumage on your head; this is a masquerade. Once, on the Queen's Day, a national holiday of the Kingdom of Holland, I appeared at the reception with moiré bandolerо, a definitely monarchic insignia, attracted all eyes and overturned the republican unpresentableness, to which we, Bulgarians, are doomed.

To be a Dandy you should have the shrewdness to find that the pleasure you will experience far exceeds the skeptical glances, which will follow you venomously… 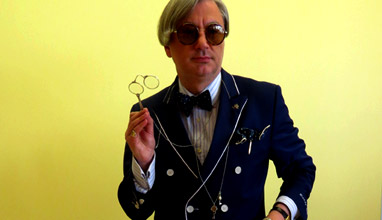