There is one young, moustached and long-haired tailor who shakes the old school of London bespoke tailoring with what the street calls 'coolness'. He is definitely not what you would expect if you are familiar with the traditionally conservative scene of Savile Row. He is - I would even say - what Karl Lagerfeld would like to be, but is not; so he is the men's version of Coco Chanel with androgenic and unhiddenly homoerotic elements. 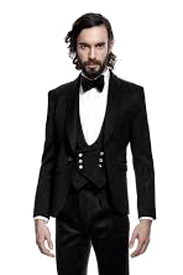 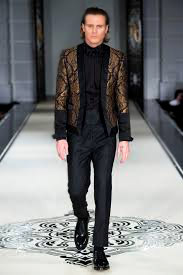 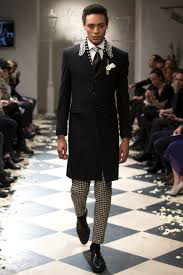 He adores men and dresses them like dolls in costumes, setting aside any (imputed by the society) boredom of attire and reputation. He is a perfectly maintained, heavily tattooed dandy and his style icon is legendary Beau Brummell. At least that is what the fashion critics say and they are completely wrong, because Brummell is an adapt of the total cleanness in menswear, while Kane is a contemporary follower of the Macaronism.

Joshua Kane has studied Tailoring at Kingston University, London, and after that has worked for some of the biggest fashion houses in England, including Burberry, Jaeger, and Paul Smith. Then he followed his passion and open his own bespoke atelier in London. During the following year he adds a complete ready-to-wear collection for both men and women, all of them inspired by his own 'Neo Dandy' style - 'Edwardian Punk Rock'. 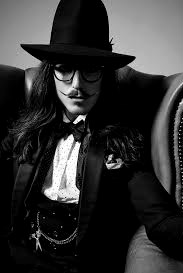 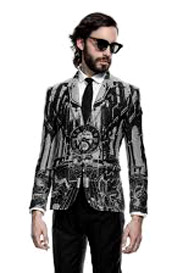 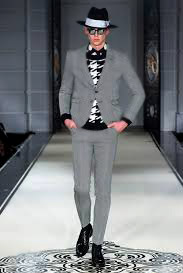 A young tailor with large scissors relevant to his talent, which has created a unique aesthetic concept and bring a fresh perspective to the most boring world of the bespoke suit in London, leading to a renaissance in both Macaronism and Dandyism.

As a real dandy he is optically tied into the details - in collars, stripes, lapels, mustaches, hats, embroidery, etc.