It takes some time until one piece of clothing become a classic. With Chinos it took about 100 years - from 1848 to 1950s. The legend says that Sir Harry Lumsden, a commander of a stationed in India division, exactly in the mentioned year came with the brilliant idea of coloring his soldiers' white uniforms with a mixture of coffee, curry and mulberry juice, to camouflage the further inevitable dirt from Indian dust.

That's how the new yellow-brown color become a part of the Indian division of the army. Locals call this color 'khaki', which in Hindi means 'with the color of dust' or 'with the color of soil'. Even if the story is not true, you can always use it as a favorite anecdote there, where it comes to the history of your favorite Summer pants.

The name 'chino' came in XX century to notice the specifically colored trousers fabric. Another legend says that these produced in Manchester pants were sold in China. Mercantile Chinese in turn resell them in the Philippines. The Pacific islands were under American domain during that time - 1934-1946. The soldiers who were stationed there liked the trousers. They brought the pants with them in the USA, and according to their origin, call them 'Chinos'. This story may not be completely historically proven, but we find it in different variations, in different sources, which makes it some sort of authoritative.

Undoubtedly, however, after the war trousers invaded in Europe and during the 1980s enjoyed an unprecedented success. 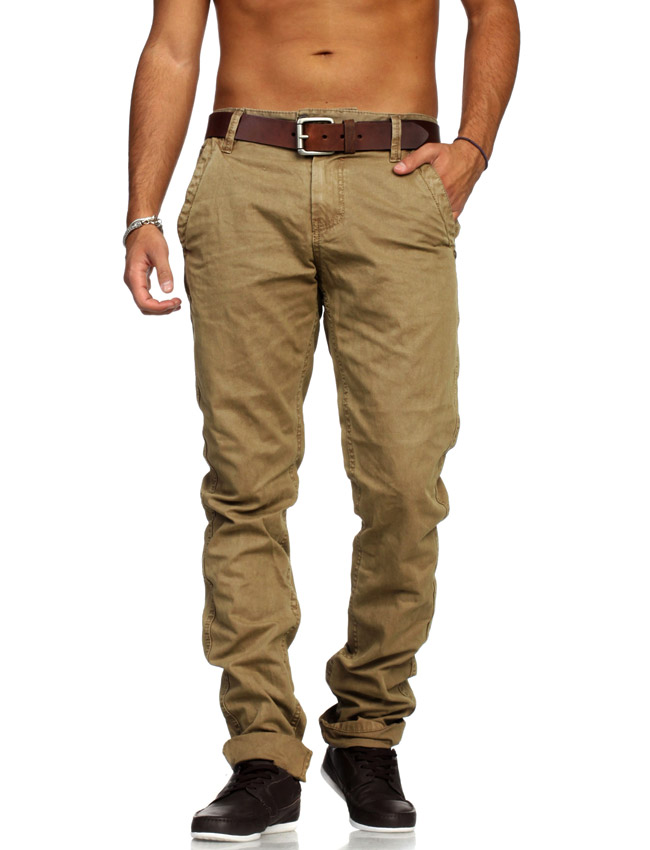 In the USA, chinos has the status of more formal clothing than jeans, but less formal than flannel trousers and the men's suit at all. The comfortable pants are worn with a shirt, a tie and a suit jacket, but not for formal events, where the suit is obligate.

Internationally speaking, chinos are universally accepted leisure time trousers, which are always chosen by those, who consider jeans too casual and flannel trousers - too formal.

Sure, Italians have greedily accepted this type of pants and made a variety of virtuoso examples. Valentini or Incotex, for example, launch with great pleausure slim fit chinos made of finest cotton fabric and combine them with delicate hand-cut suit jackets, also with Italian origin...