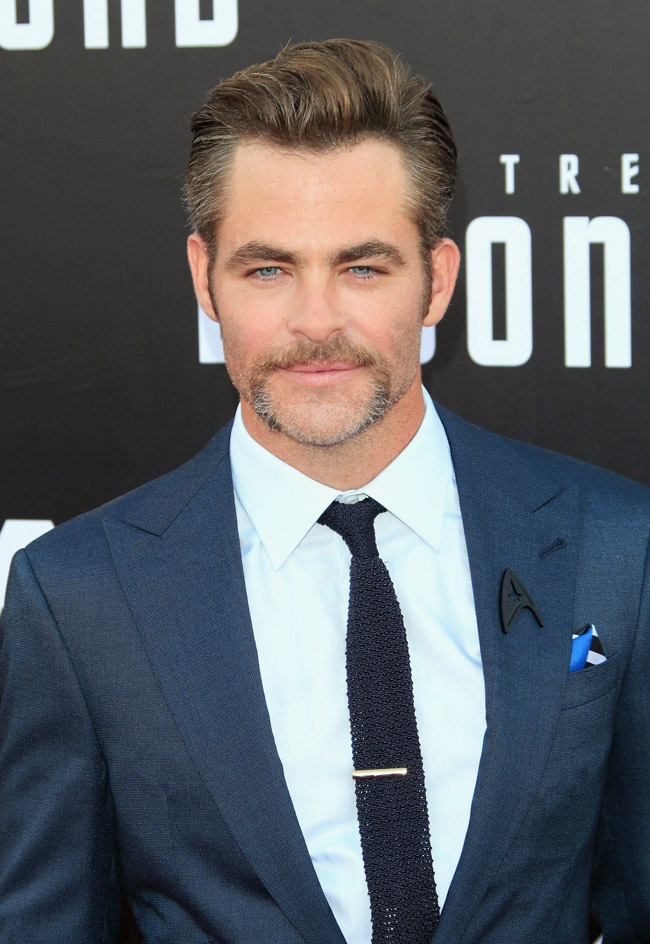 Pine's first acting roles was in 2003 episodes of ER, The Guardian and CSI: Miami. 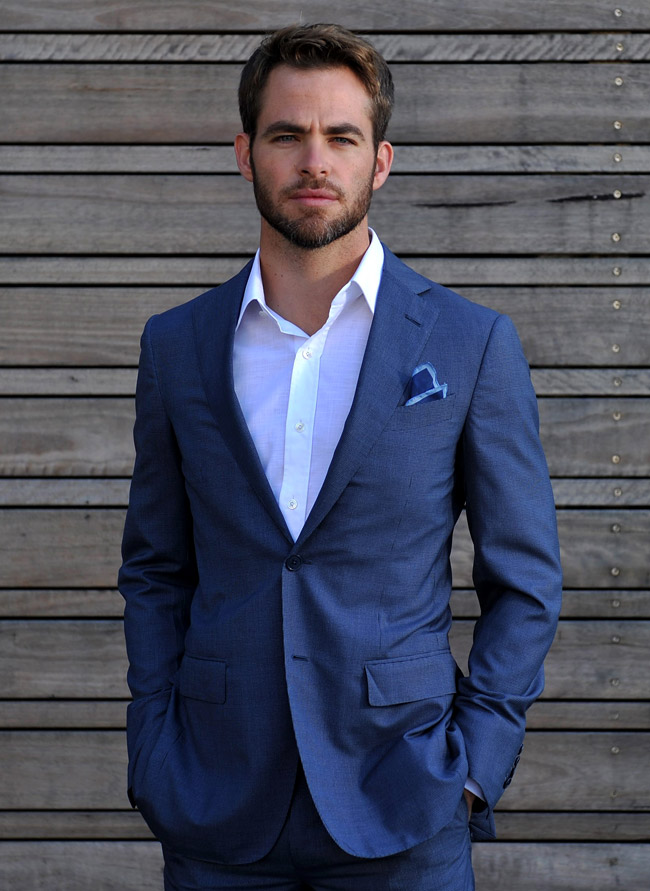 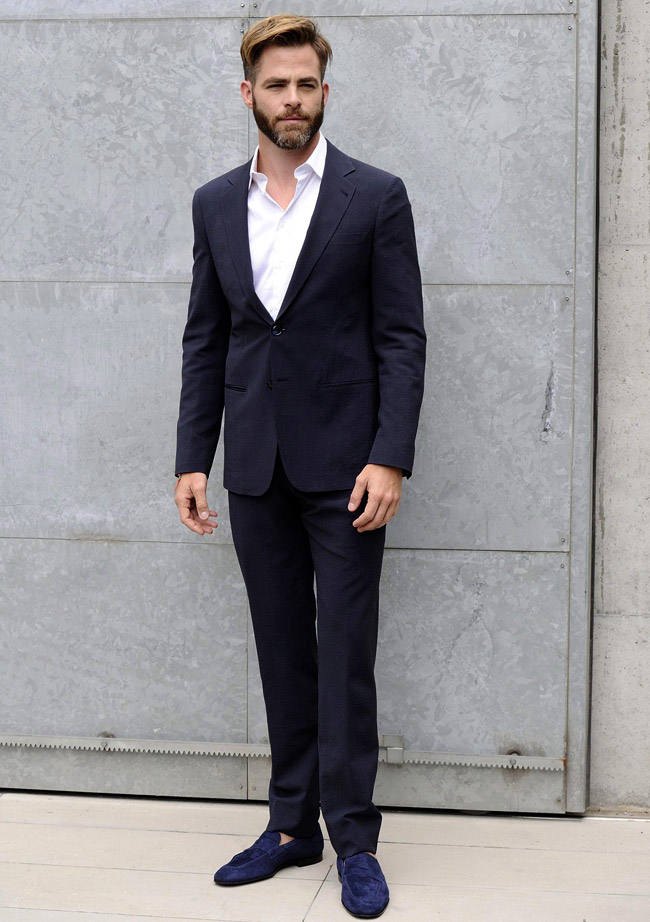 On July 14, 2016, he received his first Emmy Award nomination in 'Outstanding Character Voice-Over Performance' for his work on the series SuperMansion. 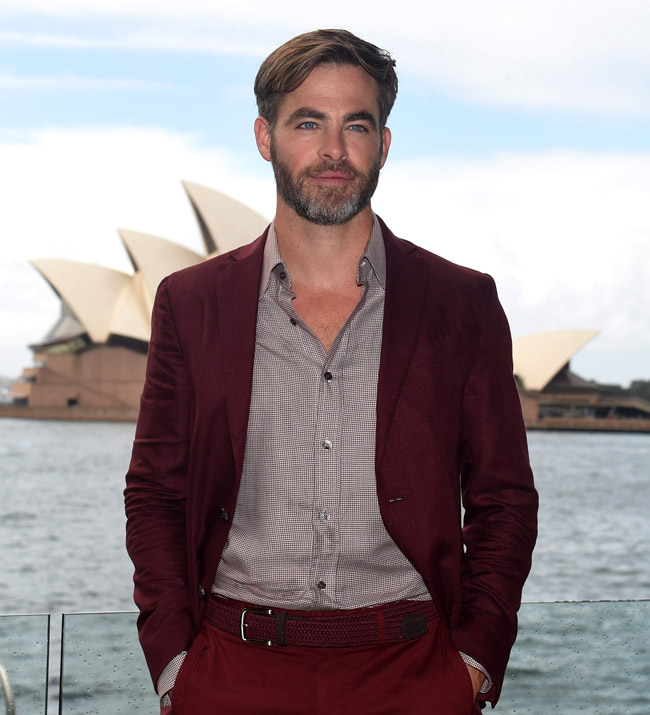 Chris Pine poses during a photocall for Star Trek Beyond,
Sydney, Australia, July 2016 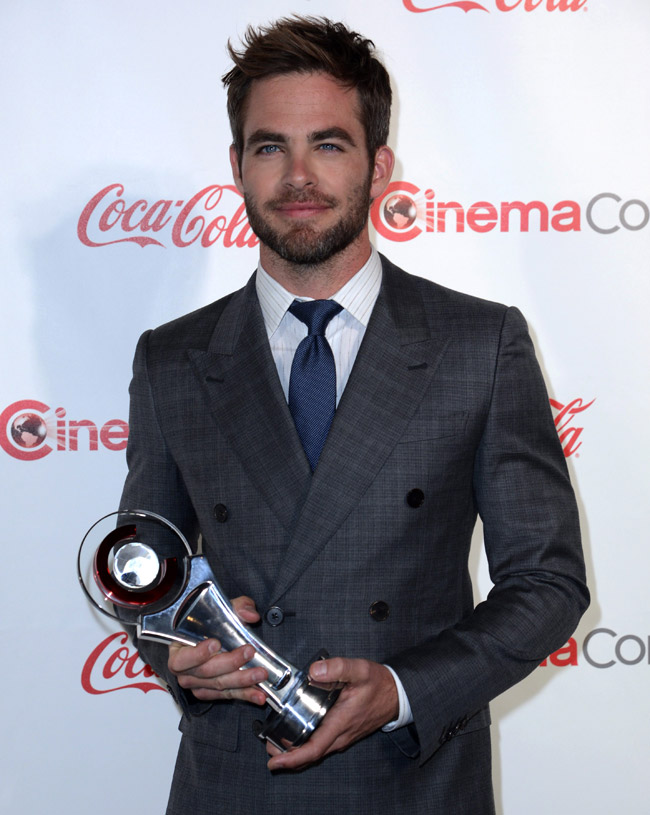 The actor has cover a number of men's magazines and was among the Most Stylish Men at Cannes Film Festival 2016. 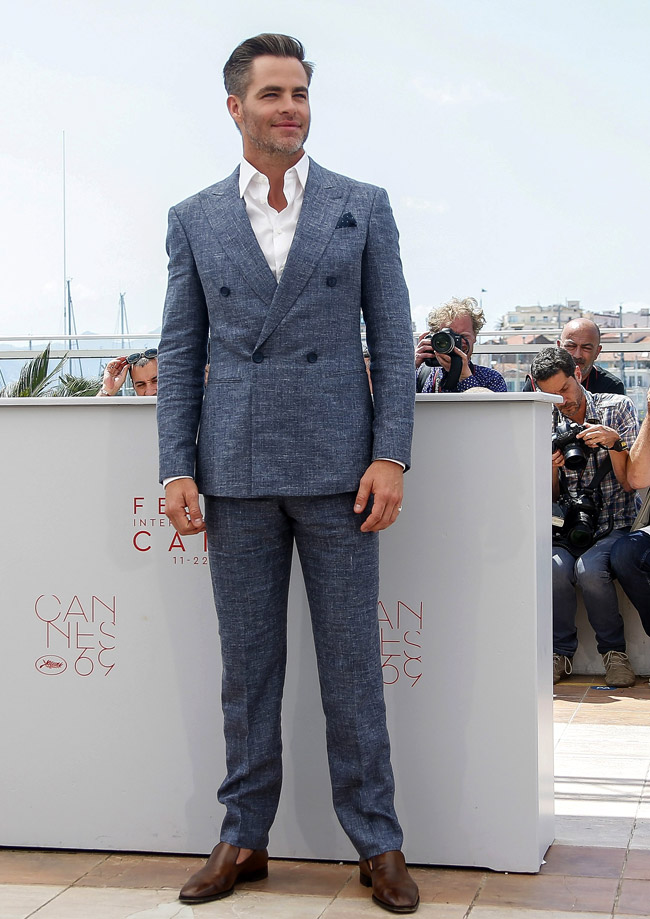 Chris Pine poses during the photocall for `Hell or High Water` at the 69th annual Cannes Film Festival,
Cannes, France, May 2016

For his Red carpet appearances his style is usually impeccable - elegant single- or double-breasted men's suits in appropriate colors and cuts. 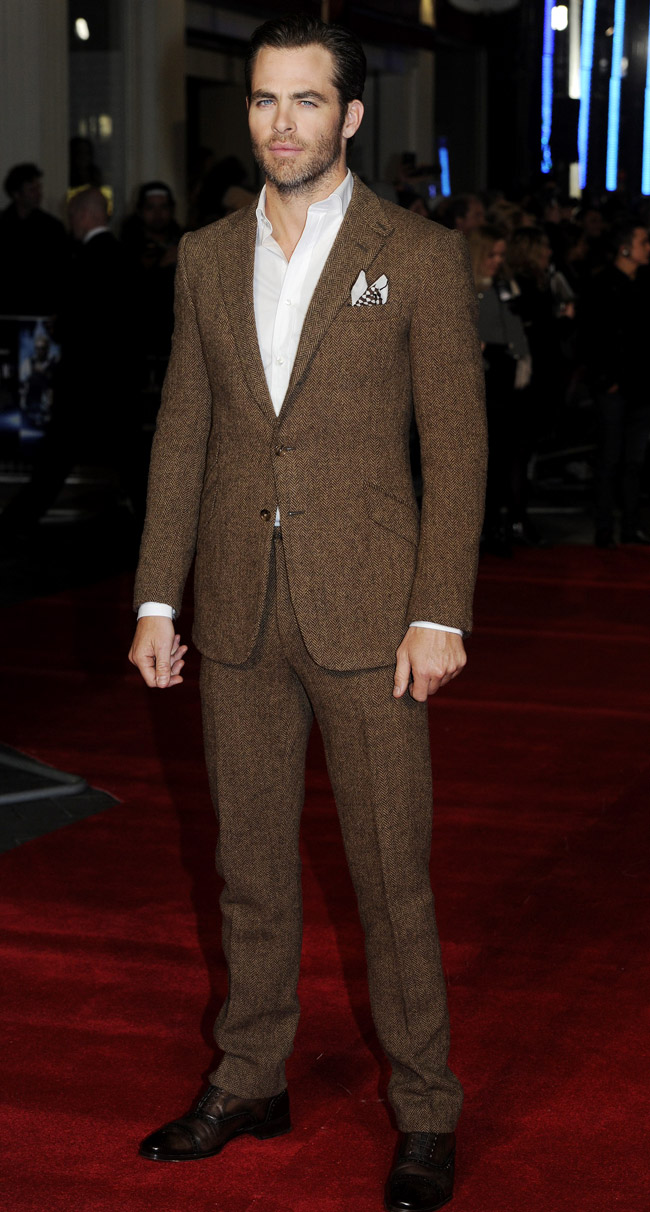 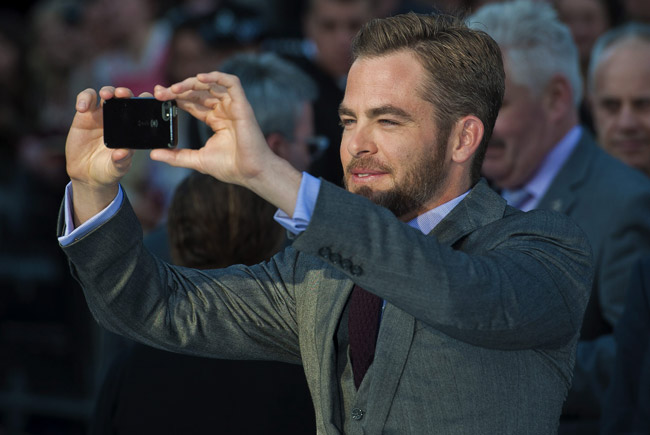 Chris Pine takes a picture as he arrives at the premiere of `Star Trek Into Darkness` at The Empire cinema,
London, UK, May 2013 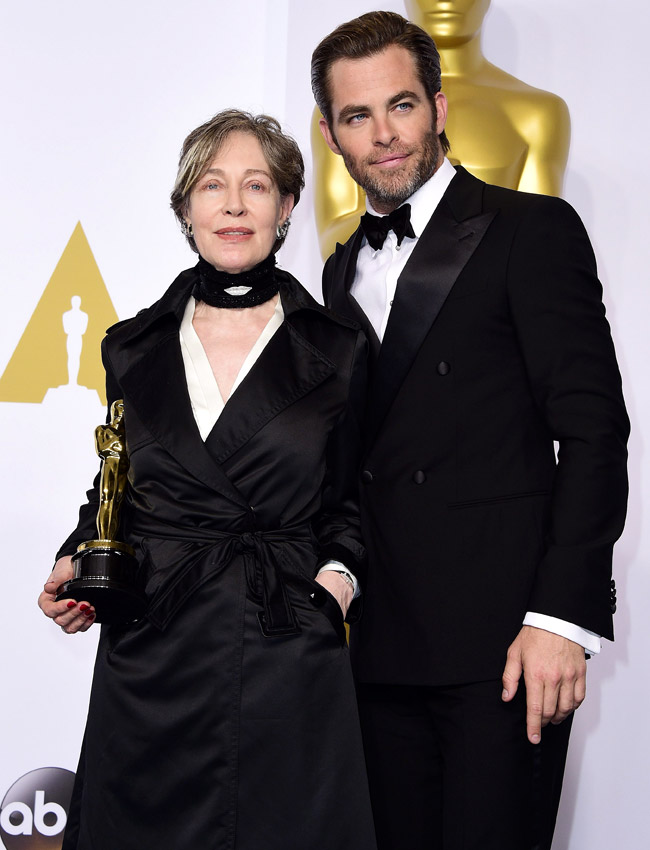 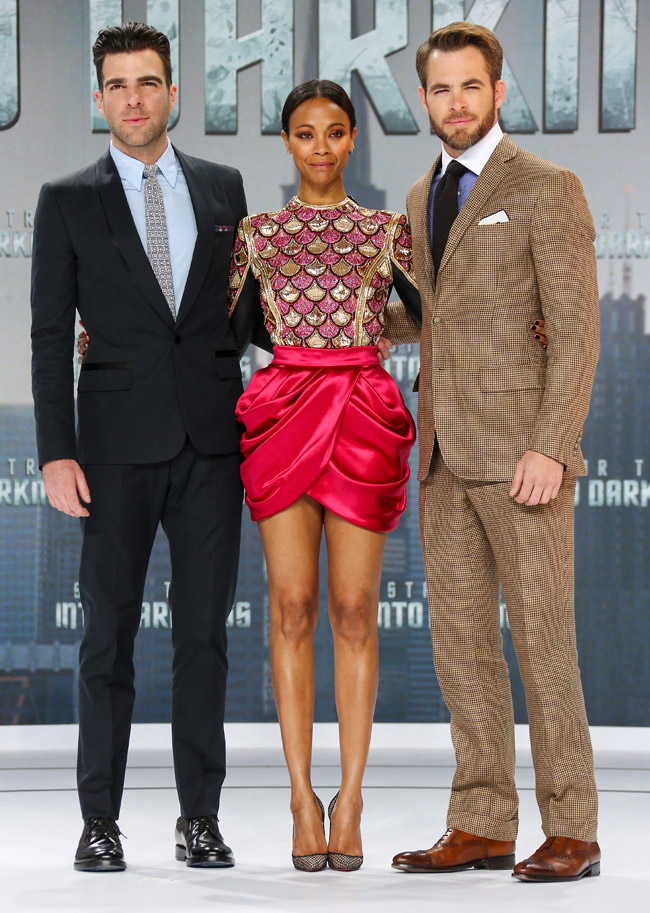 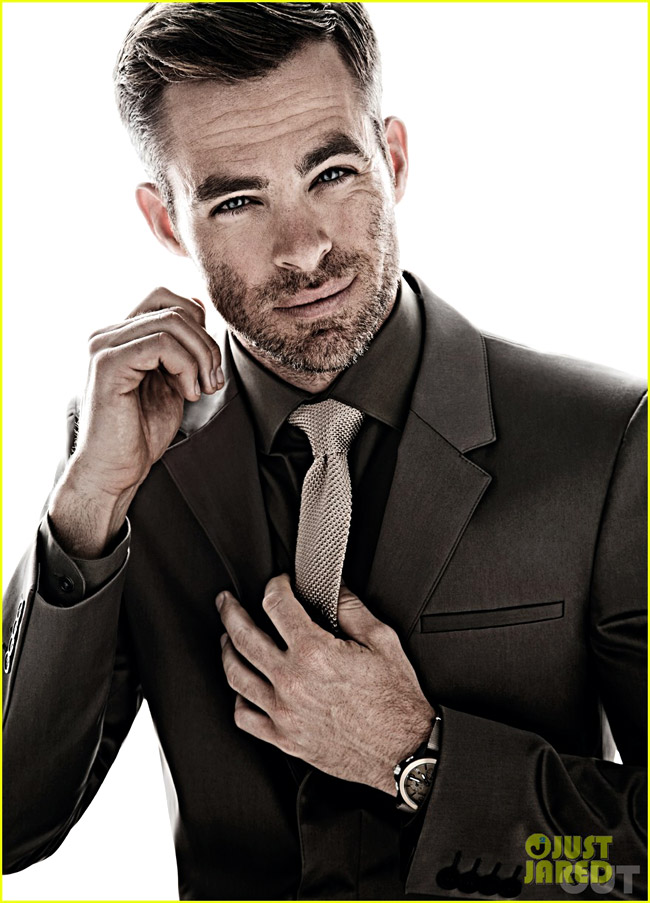 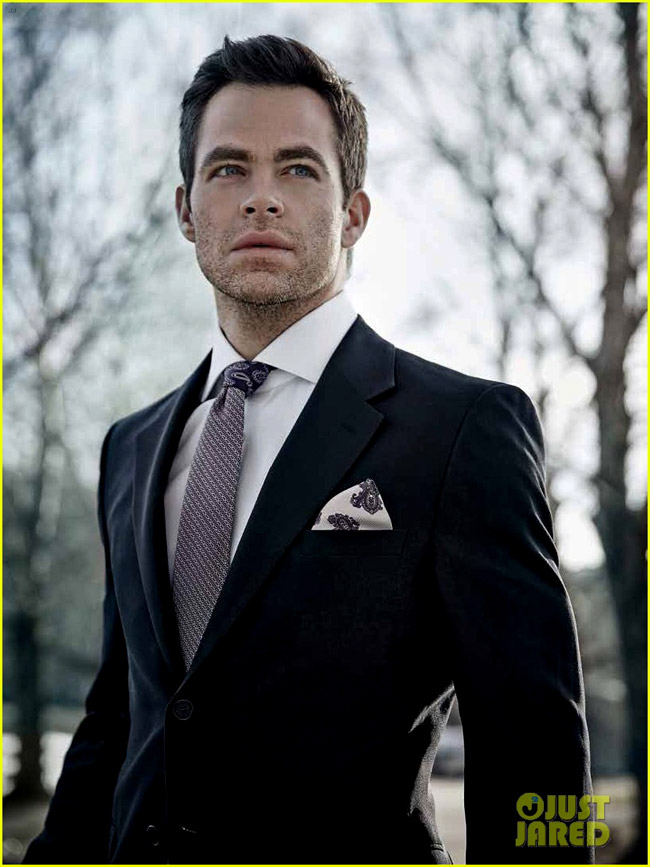 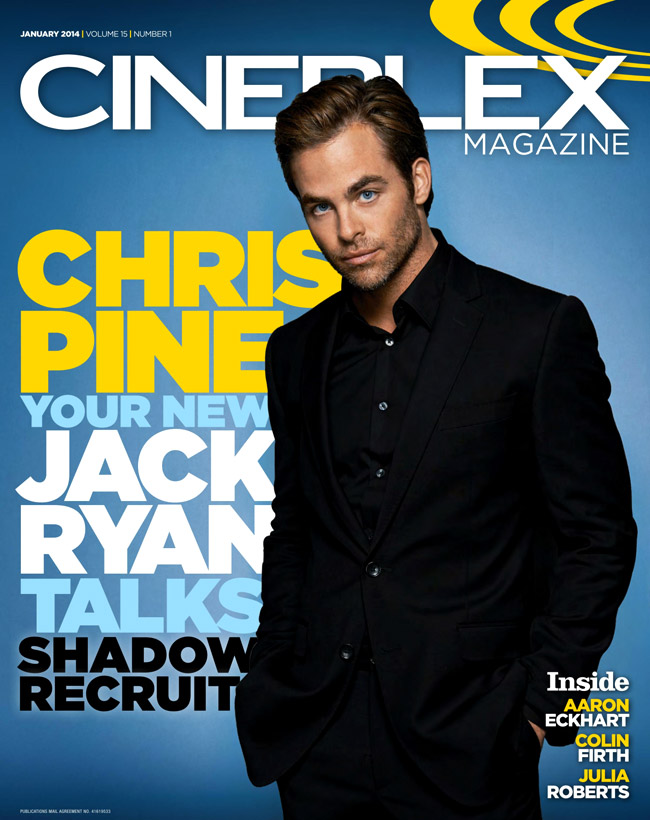 If you like his style and acting support Chris Pine in BGFN readers' Most Stylish Men voting.