Two days ago (March 10, 2016), during a CNN's immigration-focused Democratic debate between Hillary Clinton and Bernie Sanders, the key topic in social media was none of the important issues, which were discussed during the event, but the color of Vermont senator suit. Was it brown, dark blue or black?

Although Sanders spoke of immigration reform, education, and climate changes, many of the watchers were more interested in his suit color than in his policies. 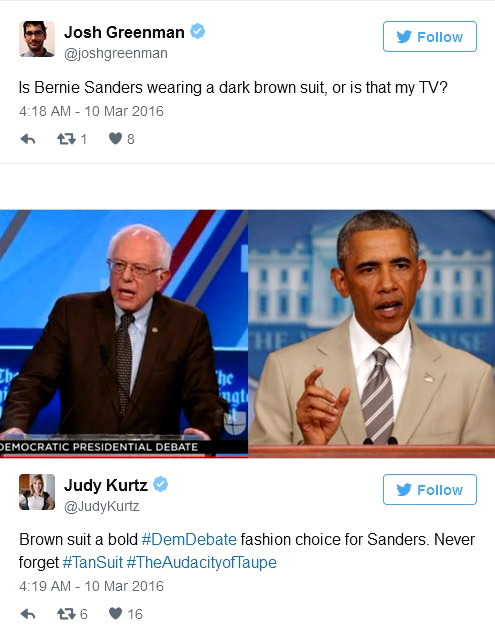 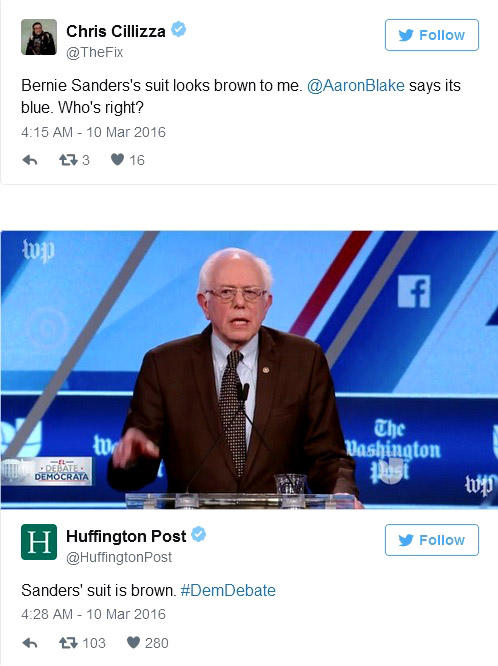 Pretty strange, right? But why this is a good thing actually?

Because it shows the importance of the fashion choices, which popular people make. Other people do pay attention to the attire and it is important for every person who wants to achieve success to wear the right clothing in the right colours for the occasion and to wear only well-fitting garments.

Celebrities (from all fields of public life) should be careful what they wear, because it influences people's attitude towards them.

Well, the discussion was impressive, but the final word came from Mike Casca - Sanders's rapid response director - who initially said the suit was blue, but then corrected himself: 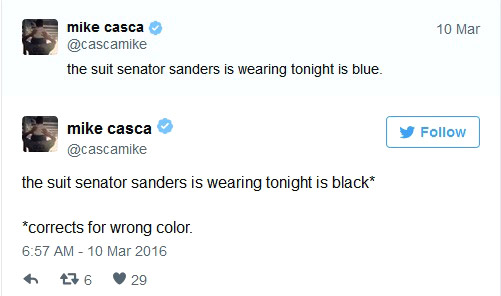 Maybe it wasn't the best styling choice ever... or maybe it was? It's a point of view having in mind that the suit even has its own Twitter account: 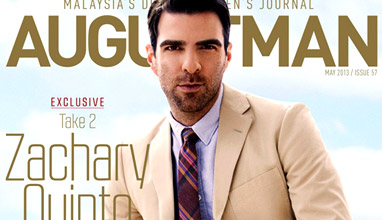