Lionel Andr?s 'Leo' Messi is an Argentine professional footballer, born Rosario, Argentina, in 1987. He plays as a forward for Spanish club Barcelona and the Argentina national team and yesterday (January 11, 2016) won the 2015 FIFA Ballon d'Or award for the world's best player for the fifth time. This makes Messi the only football player in history to win the FIFA Ballon d'Or five times, four of which he won consecutively (2009, 2010, 2011, 2012), and the first player to win three European Golden Shoes. '

'It's a very special moment for me, winning another Ballon d'Or after being in the audience watching Cristiano win the last two years.

I want to thank all who voted for me and my team-mates who without none of this would be possible.

It's incredible this is my fifth. It's much more than anything I've dreamed of as a kid.

I want to thank football for everything it has brought me - both bad and good, it has helped me grow.

Thank you.', said Messi after receiving the trophy. 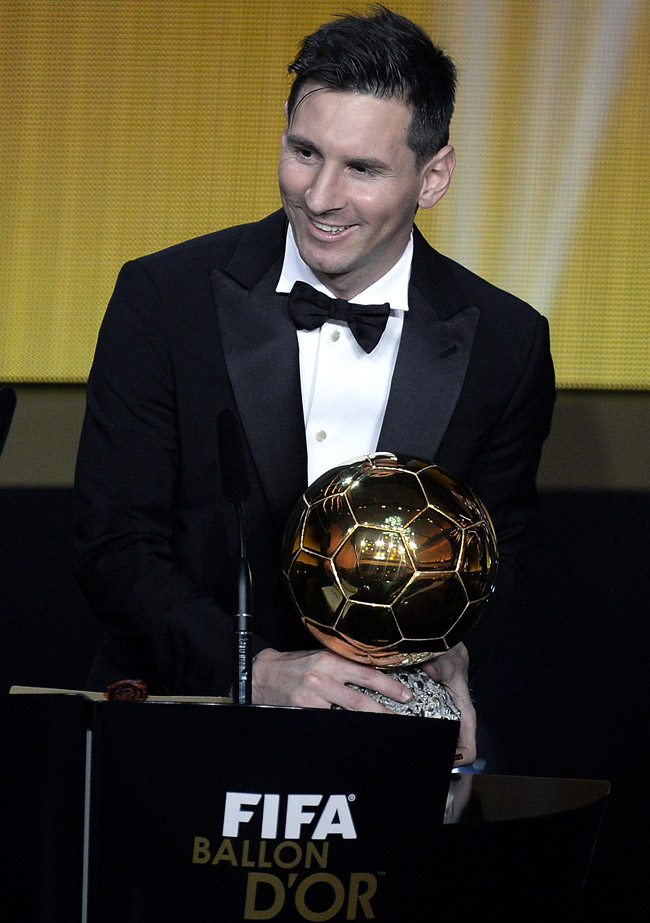 Lionel Messi poses with his trophy after winning the FIFA Men's soccer player of the year 2015 prize,
Kongresshaus in Zurich, Switzerland, January 2016 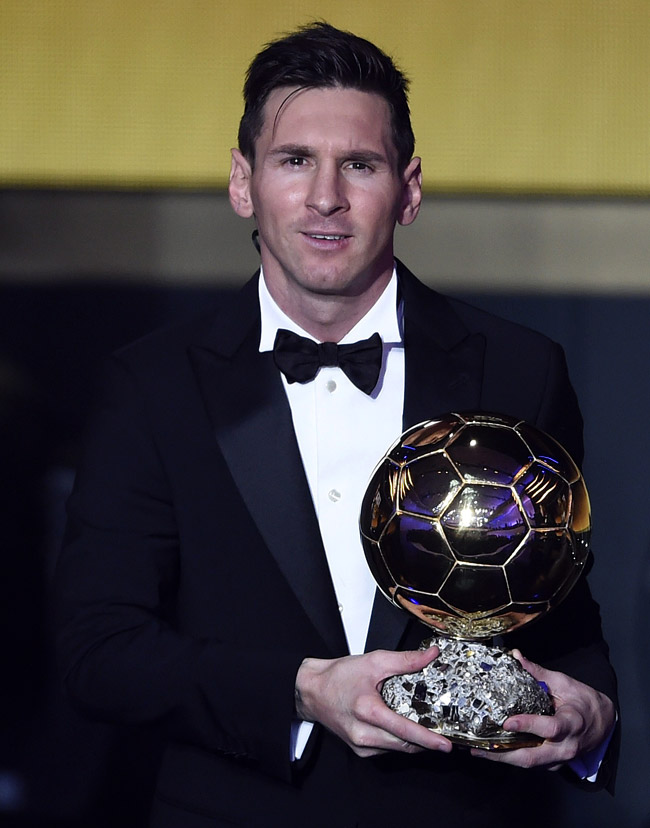 Lionel Messi poses with his trophy after winning the FIFA Men's soccer player of the year 2015 prize,
Kongresshaus in Zurich, Switzerland, January 2016

According to me, Messi's style has developed during the years - although most of the time he keeps the classic Black tie set, which is not really my absolute favorite - he is currently pretty elegant and stylish. 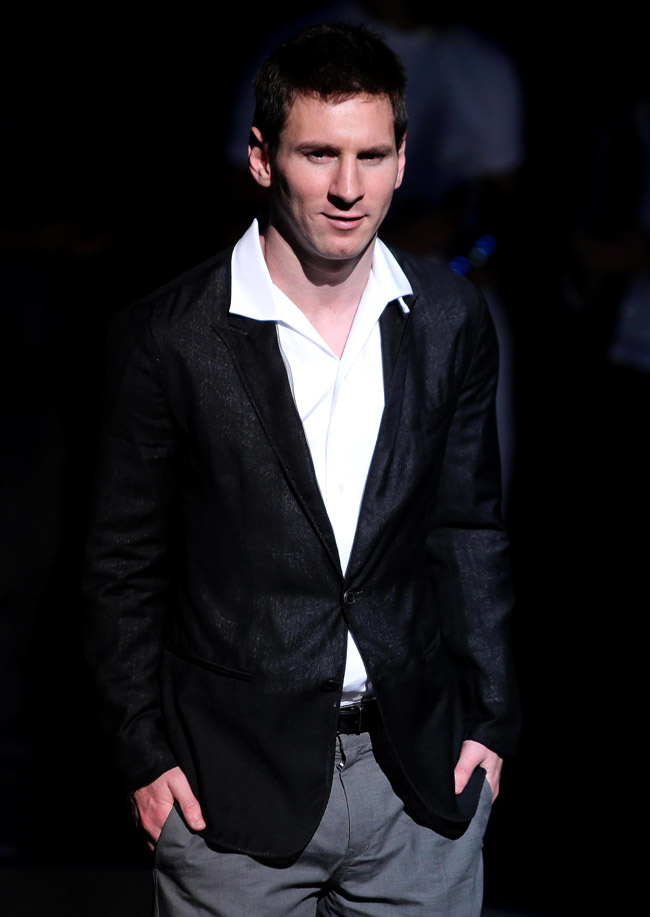 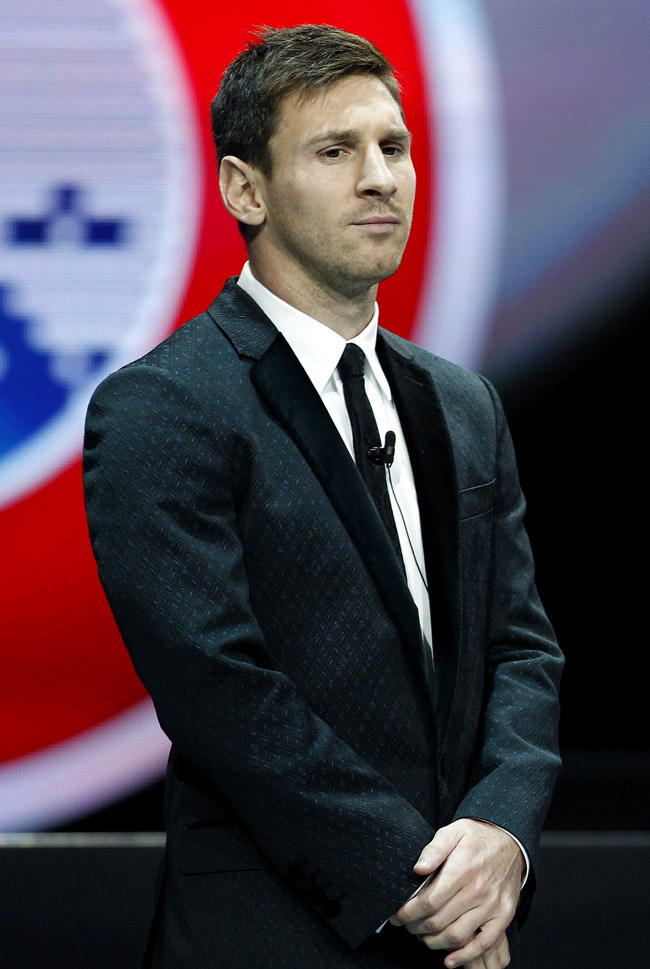 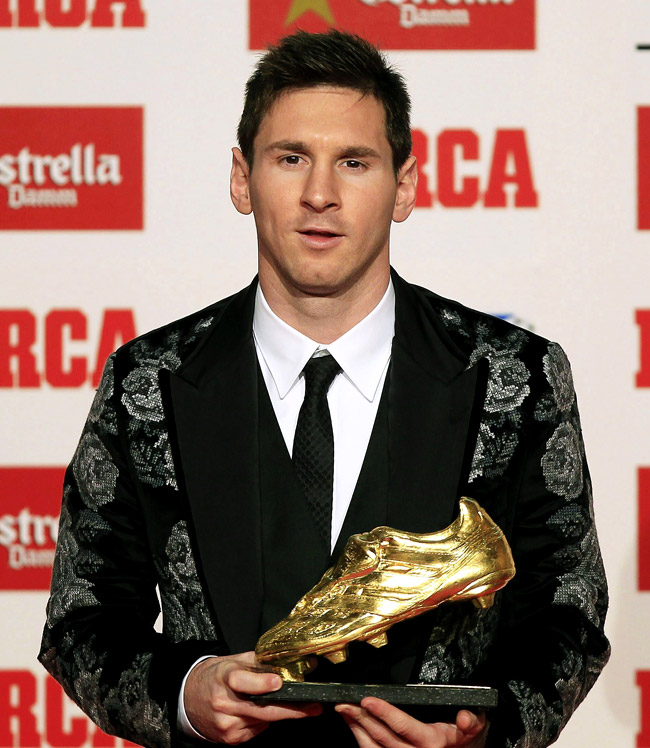 Lionel Messi poses with the Golden Boot trophy during a ceremony
in Barcelona, Spain, November 2013 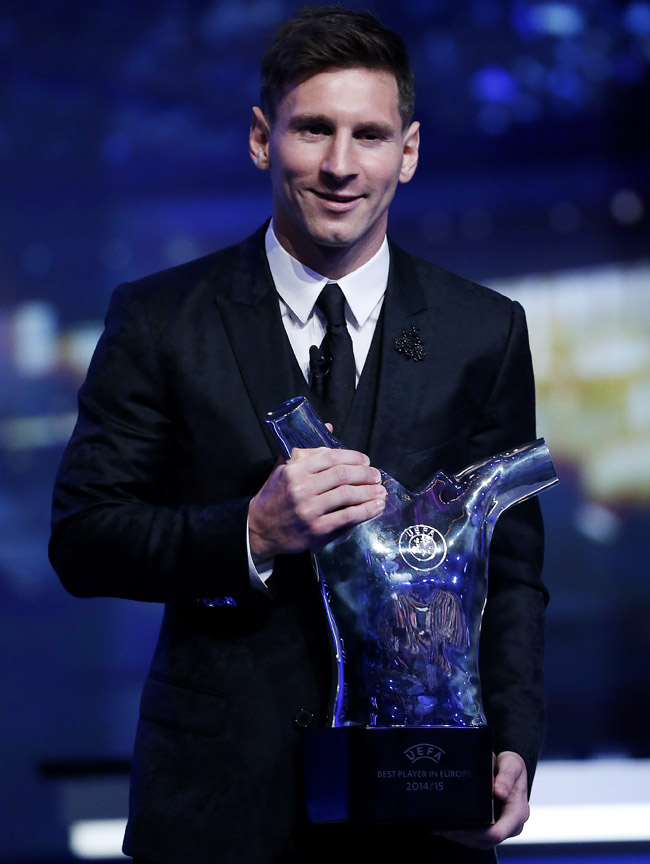 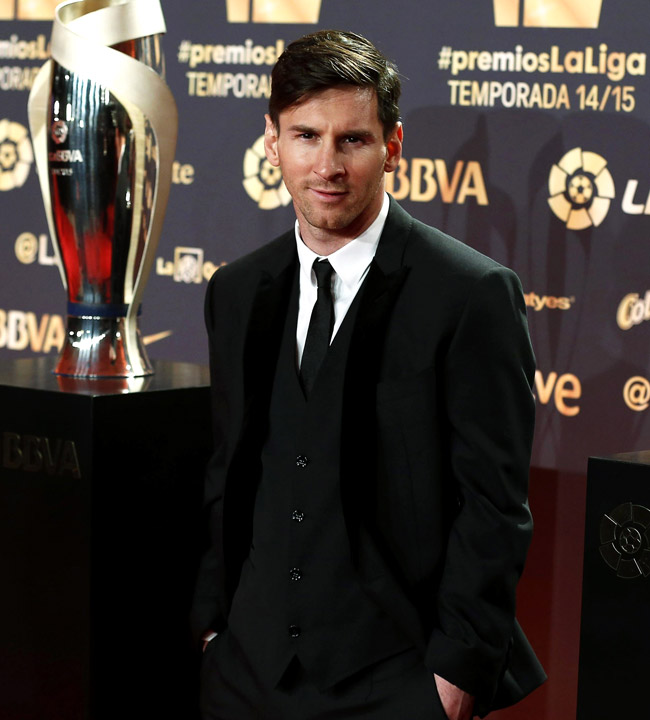 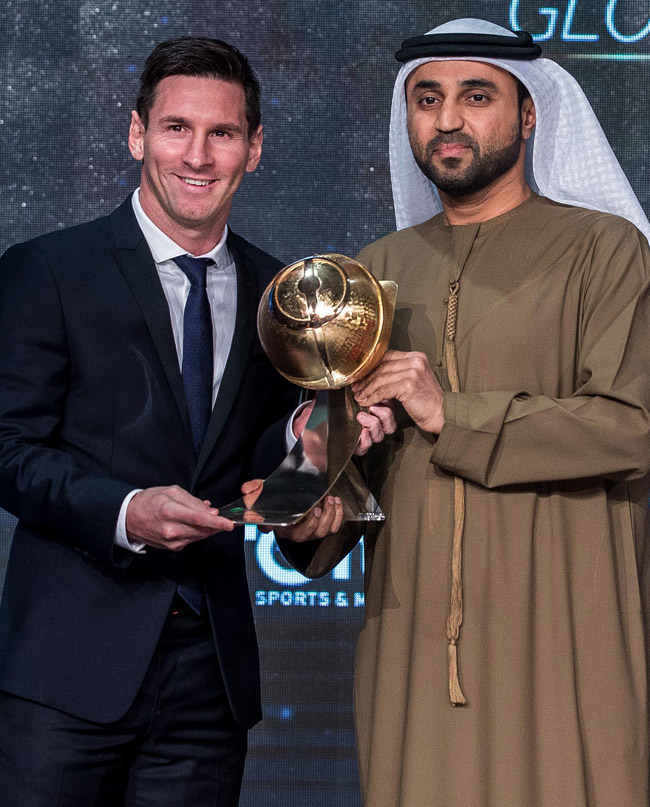 In general, Lionel prefers black, navy and dark gray for his formal clothing - and they suit him - but I think that his wine-colored tuxedo for the FIFA Ballon d'Or 2014 gala was a really great choice. 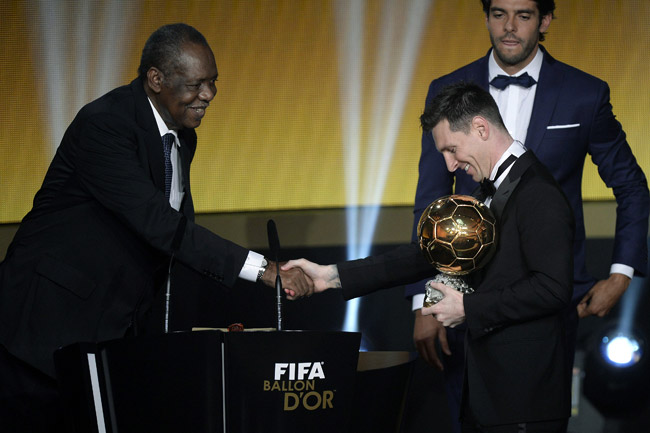 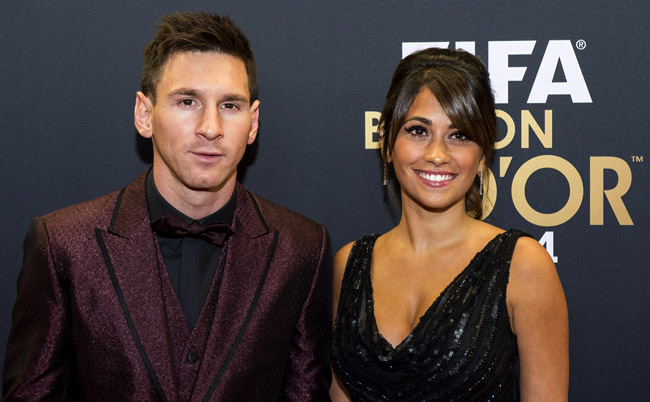 If you like his style and appearance, you can support the footballer in Most Stylish Men voting.
Vote for Lionel Messi. 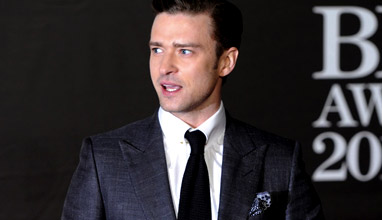