'Tom Hardy is everything I love in a man - handsome, charismatic, dangerous.
He wears suits in a way that makes you want to see what's underneath, which is how tailoring should be, right?', Donatella Versace

Edward Thomas Hardy is English actor, screenwriter, and producer, born in Hammersmith, London, England, in 1977. Following his acting ambition he studied at Richmond Drama School and the Drama Centre London. 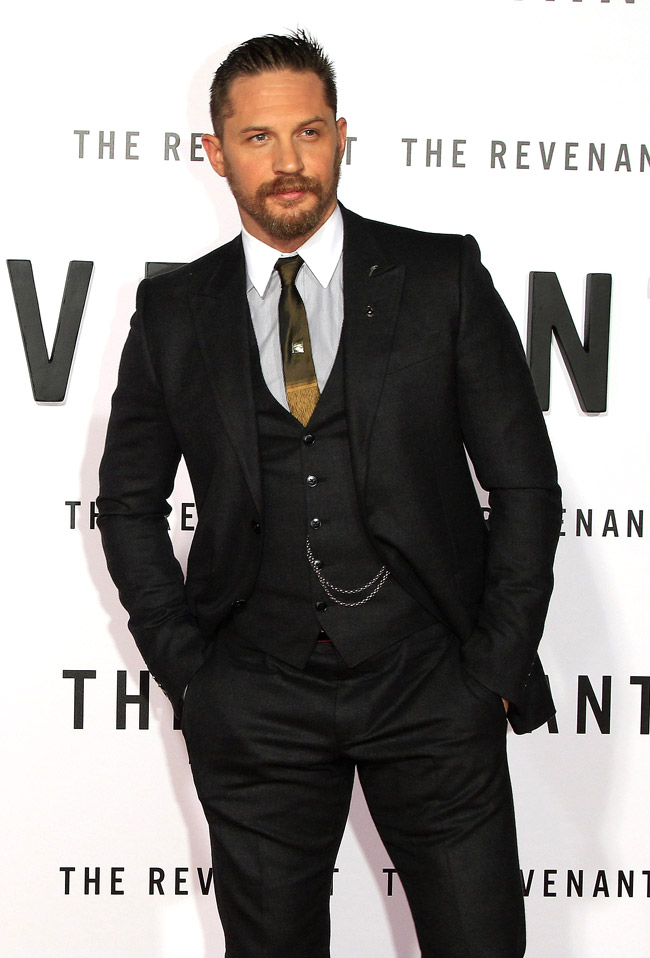 In 2015 Hardy received an Academy Award nomination for Best Supporting Actor for his part in biographical western thriller The Revenant. 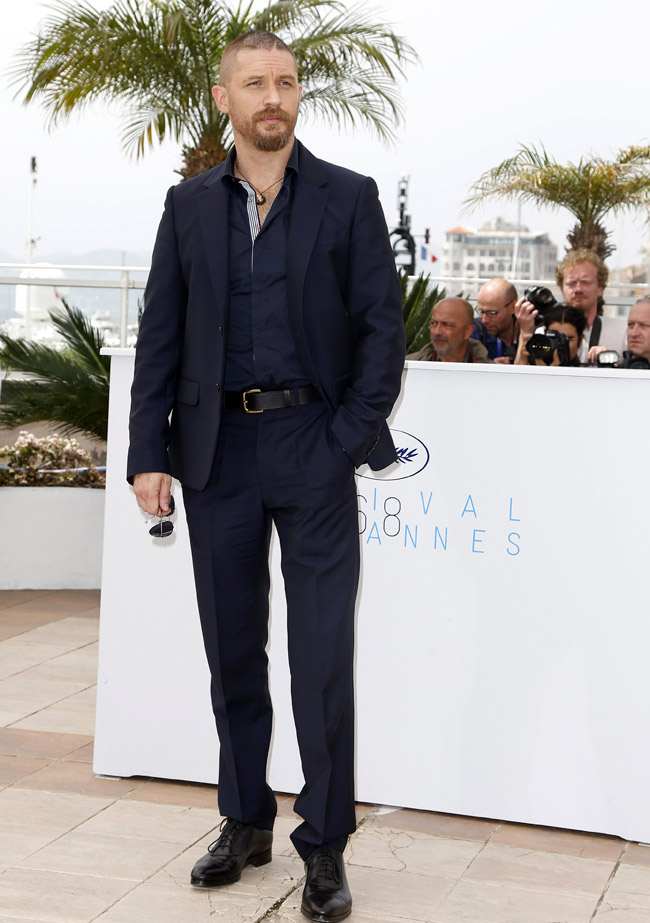 Hardy has also a number of television roles as well as performances on British and US stages. In 2003 he was nominated for the Laurence Olivier Award for Most Promising Newcomer and was awarded the 2003 London Evening Standard Theatre Award for Outstanding Newcomer.

Tom has many tattoos - some tribal, the Union Jack, a theatrical mask, a crow and two sentences in Italian: 'figlio mio bellissimo' ('my beautiful son') on the right arm, and 'padre fiero' ('proud father') under the clavicle. 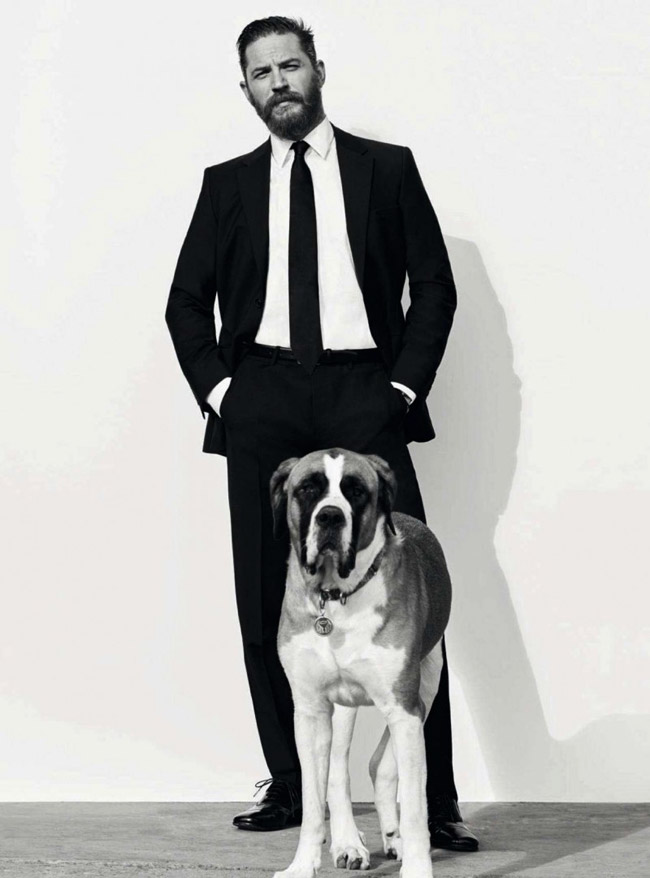 For his Red carpet appearances and magazine covers photo shoots, Hardy is always sophisticated in perfectly fitting classic men's suits - often three-piece sets. In 2015 he was named one of GQ's 50 best dressed men in Britain. 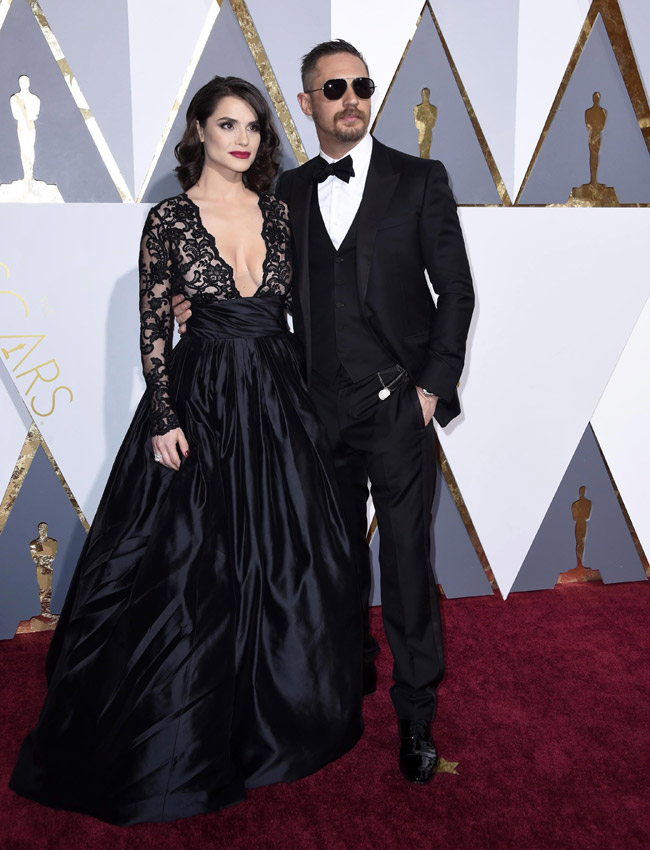 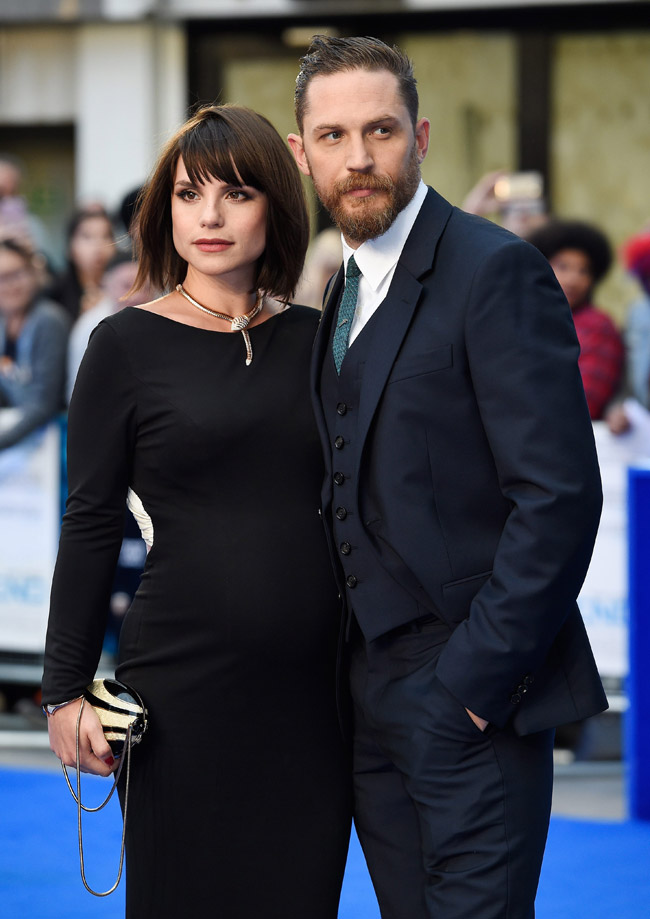 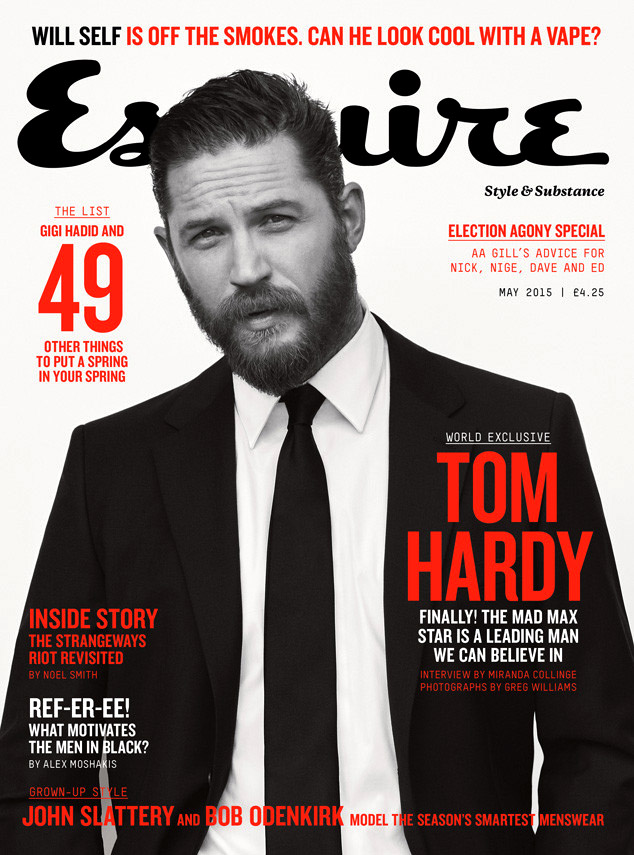 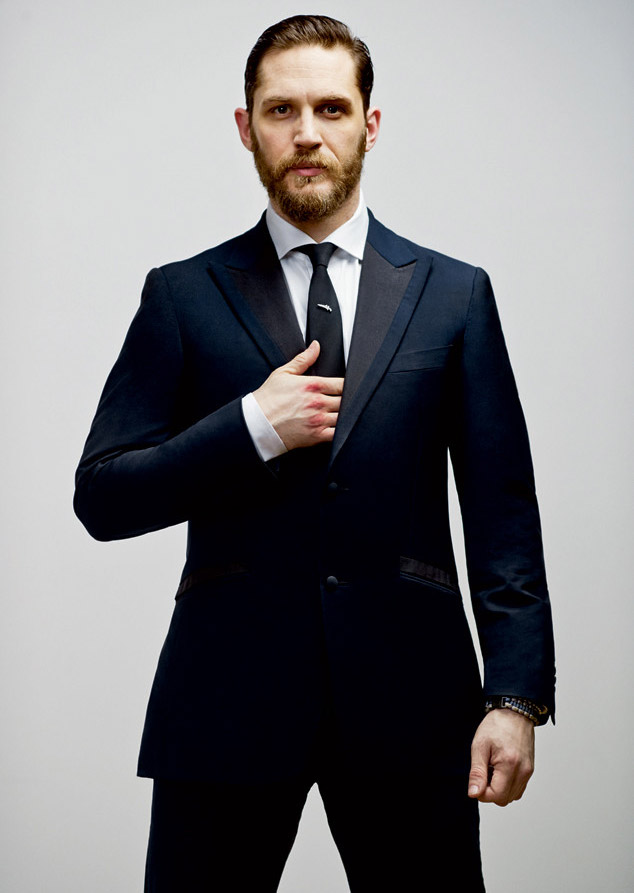 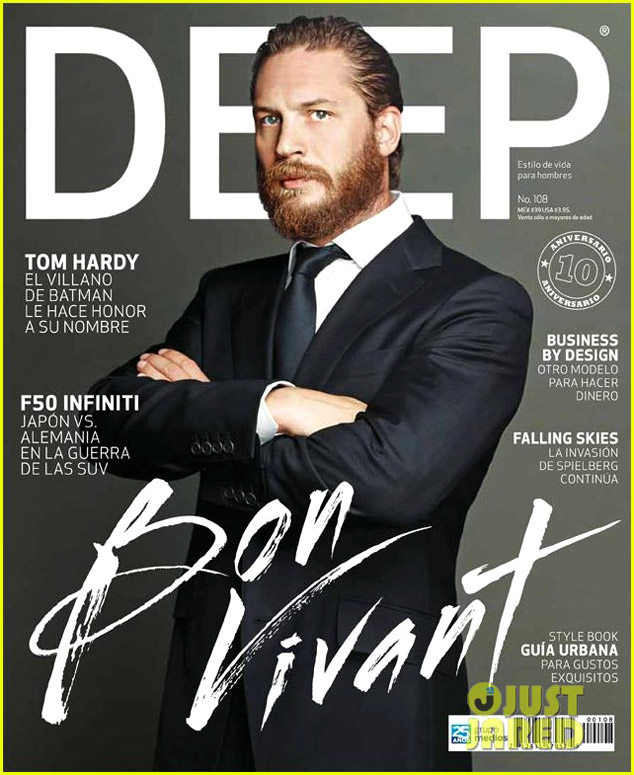 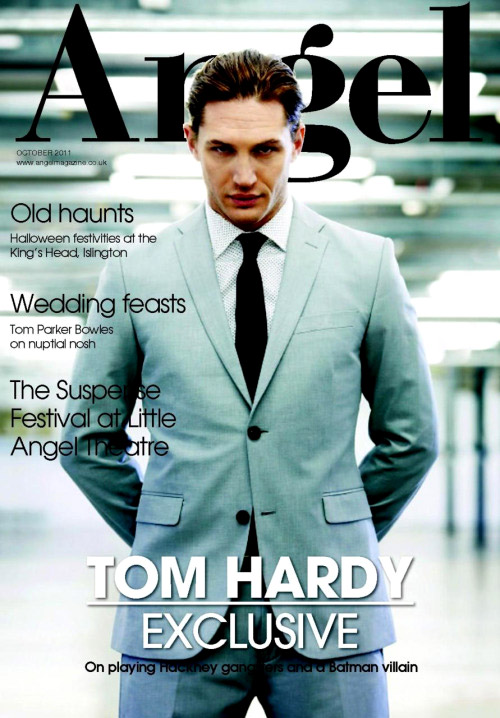 If you like his style and acting vote for Tom Hardy in BGFN readers' voting for
Most Stylish Men.