Jared Leto - One of the Most Stylish actors in Hollywood

Jared Joseph Leto is an American actor, singer-songwriter, and director, born in Bossier City, Louisiana, in 1971.

He started his career in the early 1990s with TV appearances and achieved recognition for his role in My So-Called Life (1994) TV series. The next year he made his film debut in How to Make an American Quilt.

Jared took part in a number of movies and won an Academy Award, a Golden Globe Award, and a Screen Actors Guild Award for Best Supporting Actor for his performance as a transgender woman in Dallas Buyers Club (2013). 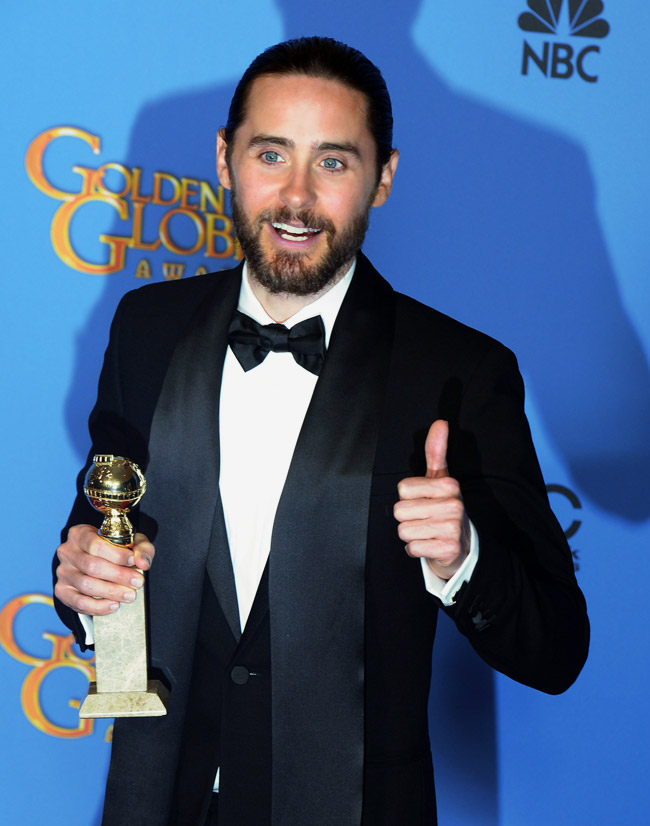 Leto is the lead vocalist, multi-instrumentalist and main songwriter for Thirty Seconds to Mars - a band he formed in 1998 in Los Angeles, California, with his older brother Shannon Leto. Their first and eponymous album was released in 2002 and they achieved a worldwide success in 2005 with their second album A Beautiful Lie. 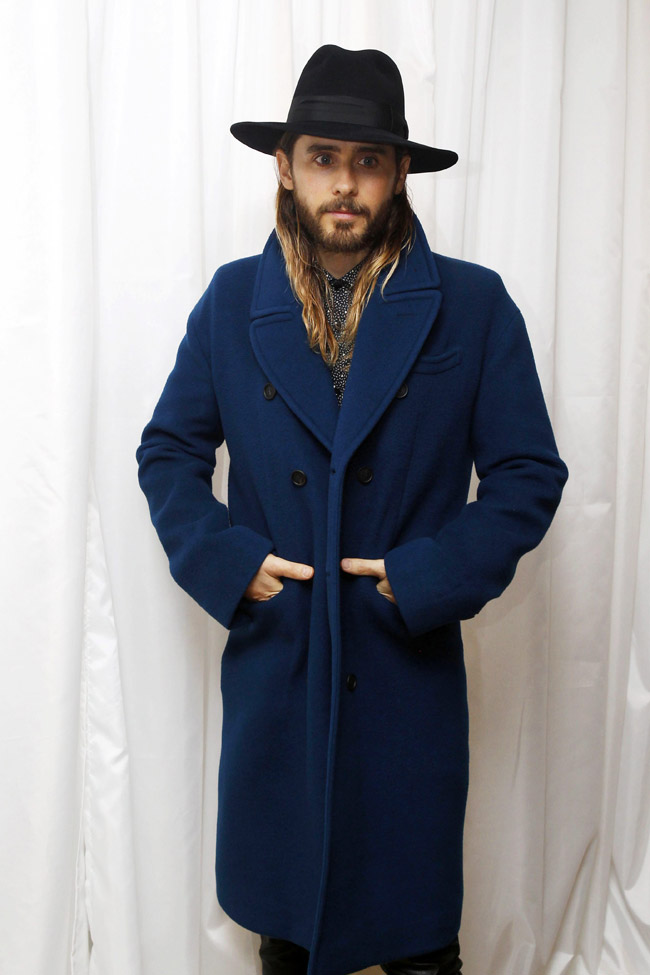 Jared Leto made his directorial debut in 2012 with the documentary film Artifact. He has also directed music videos, including the MTV Video Music Award-winning "The Kill", "Kings and Queens" and "Up in the Air". 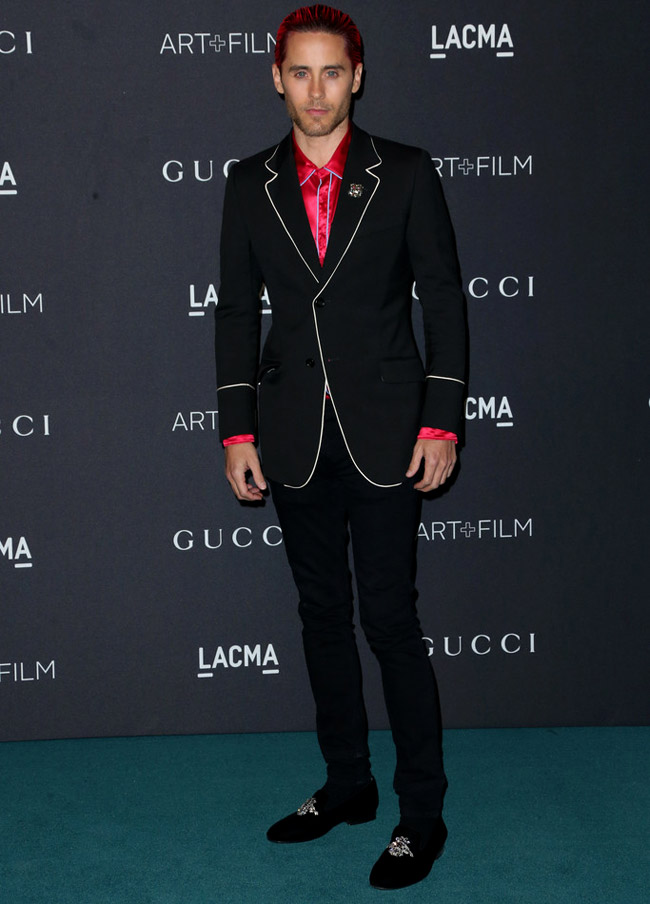 Leto lives a vegan lifestyle and supports animal rights. He is also a gay rights activist. Jared has been active in several charitable pursuits and in February 2015 was named a global ambassador for World Wide Fund for Nature (WWF). 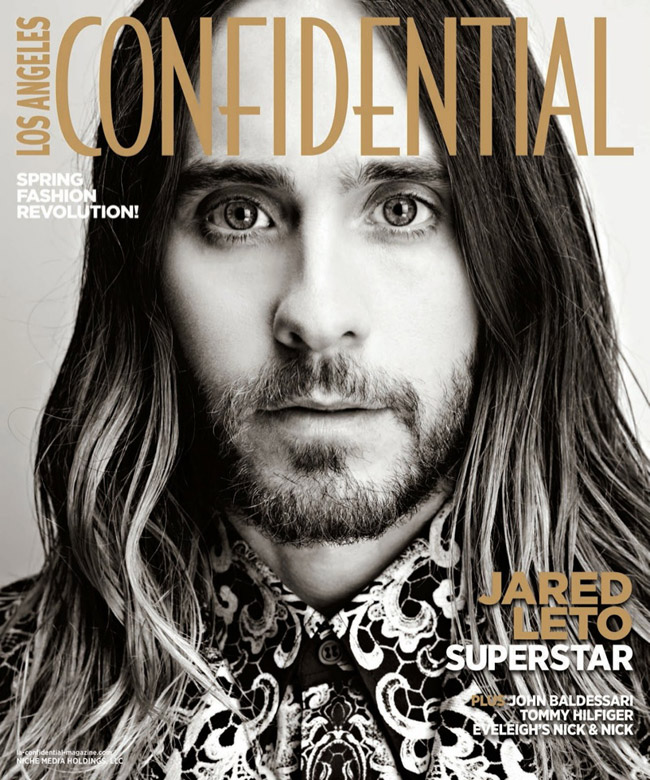 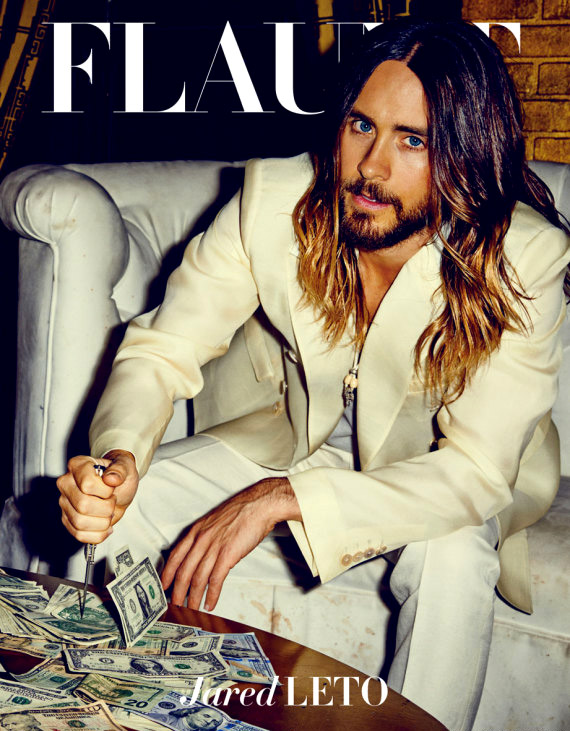 For his Red carpet appearances Jared Leto always chooses something elegant, stylish, colorful and different from his previous outlooks. He is definitely one of the most stylish actors in Hollywood. 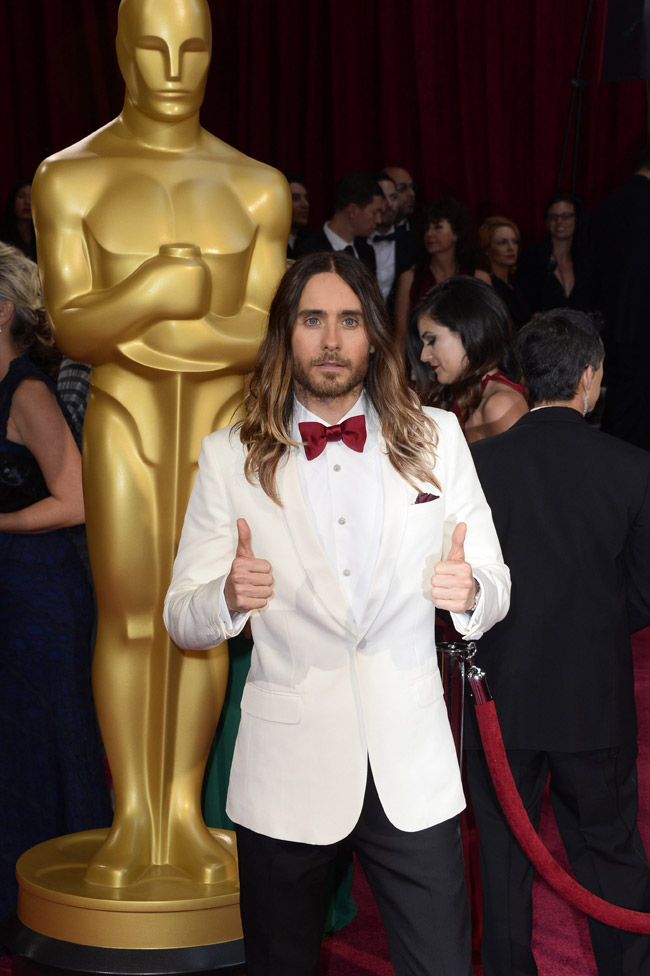 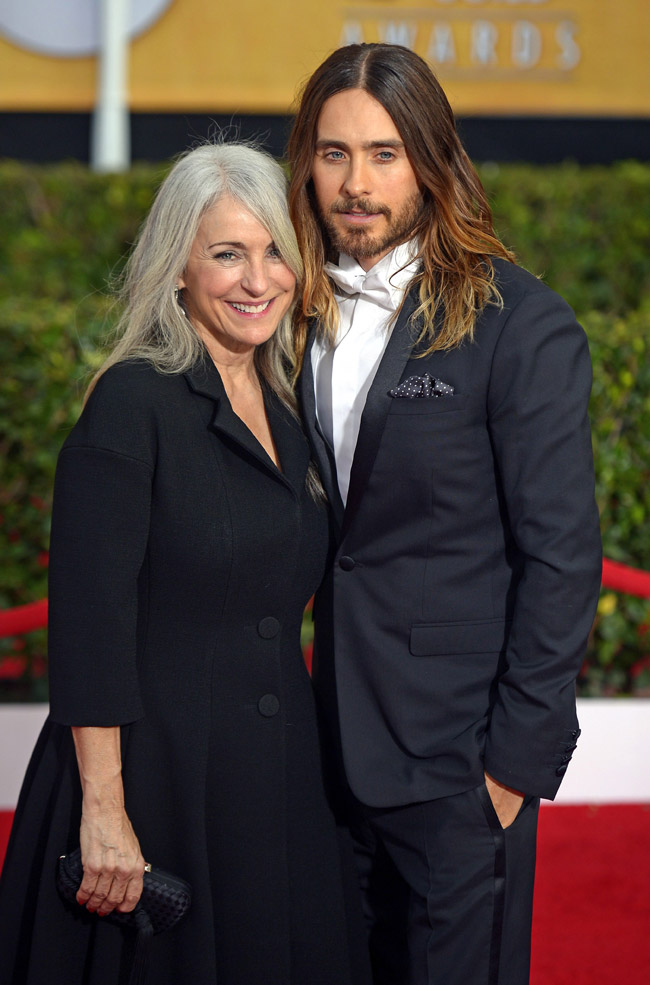 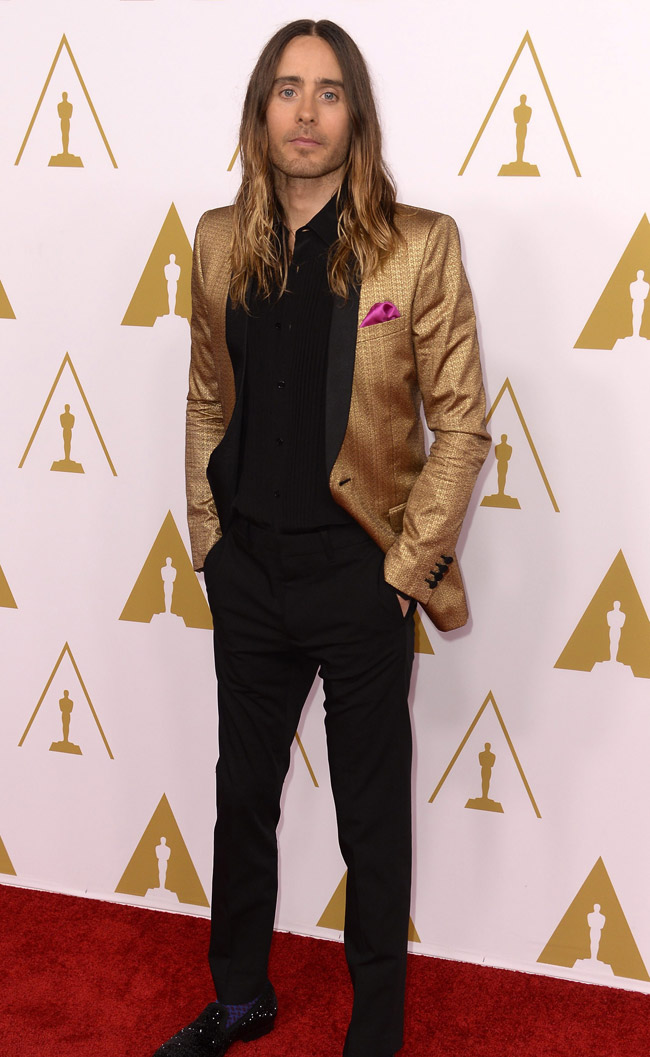 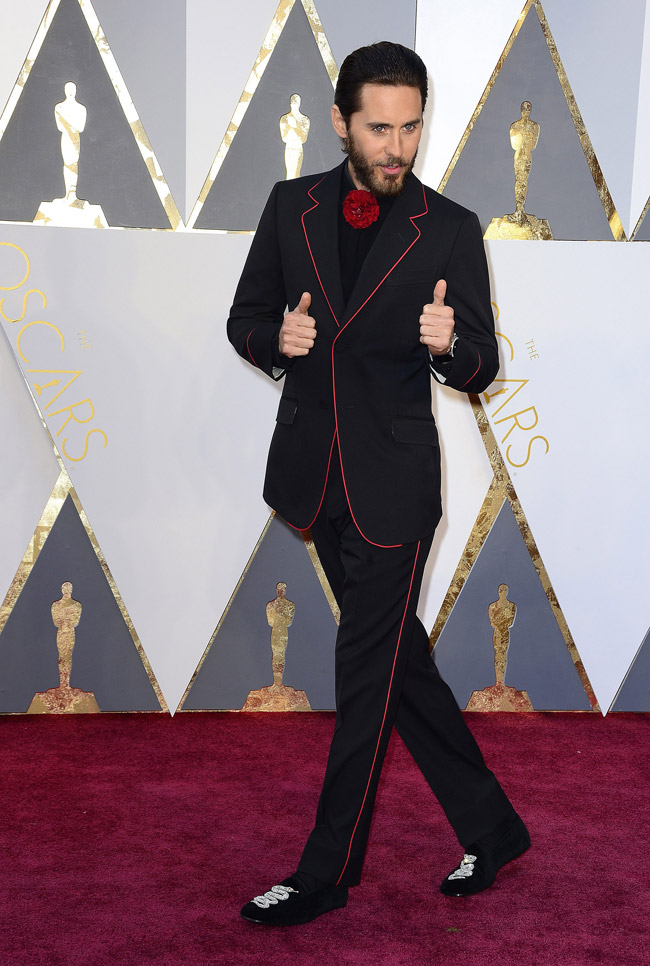 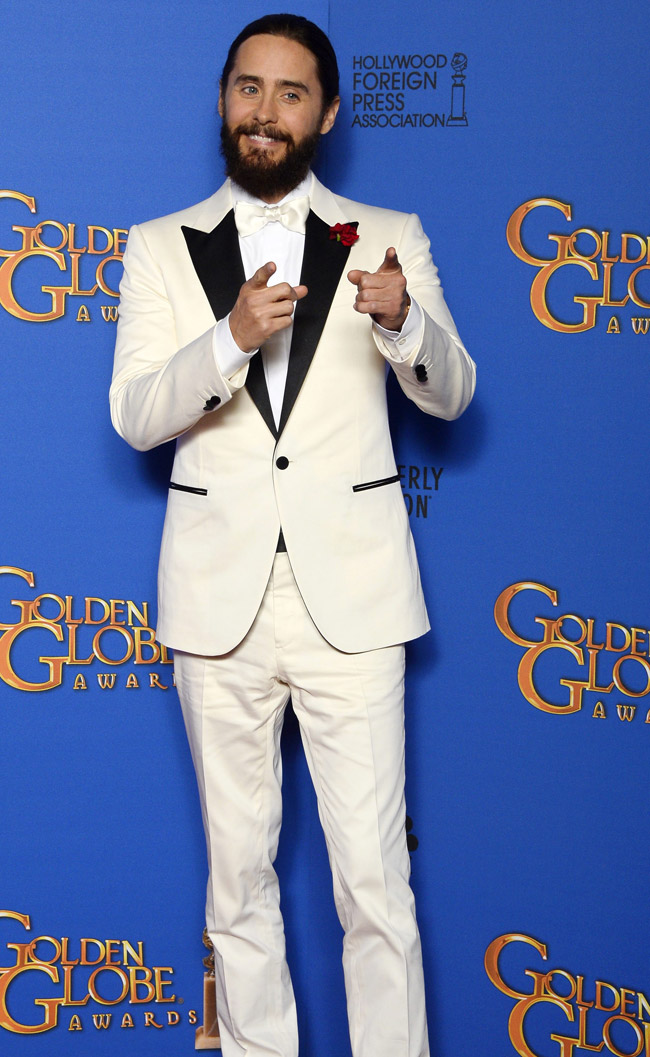 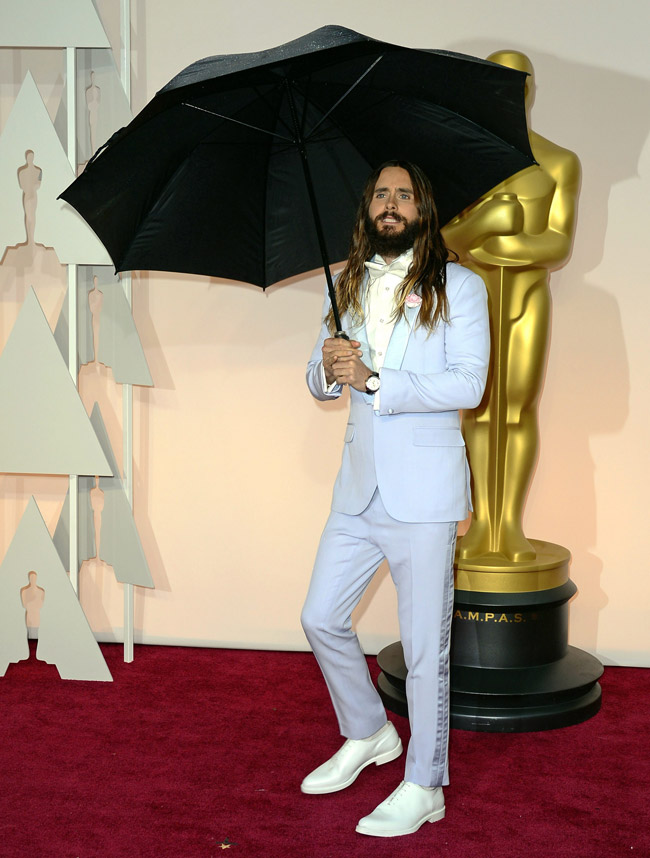 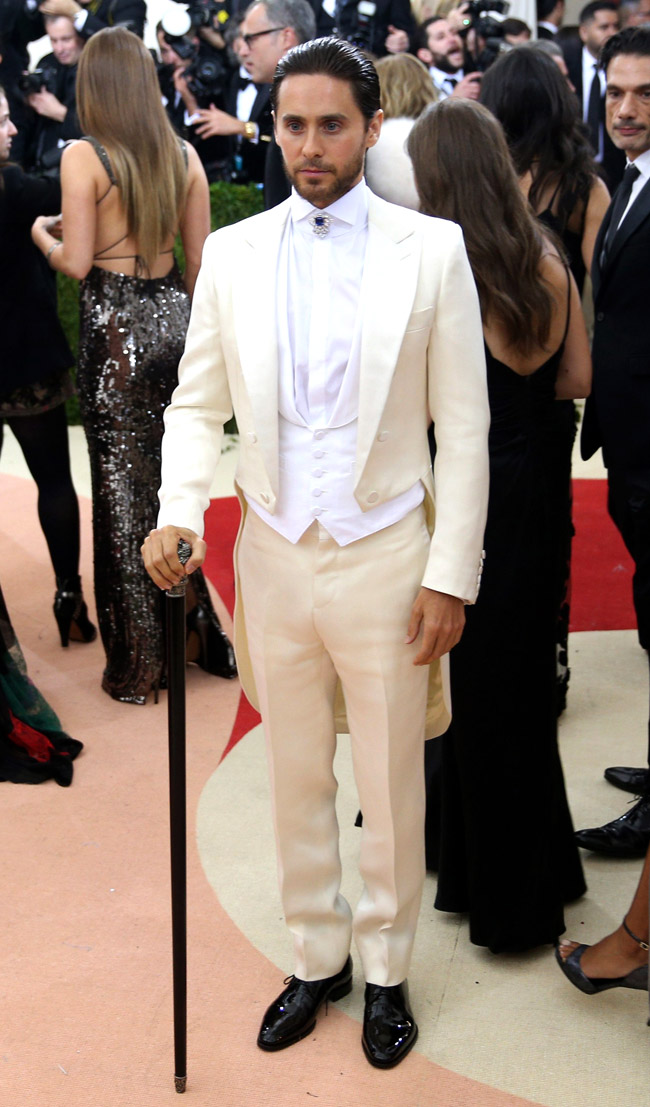 Jared Leto arrives on the Red carpet for the 2016 Costume Institute Benefit at The Metropolitan Museum of Art,
New York, NY, USA, May 2016

If you like his style, acting, singing and presence vote for Jared Leto in BGFN readers' voting for
Most Stylish Men.