Exhibitors delighted with visitorship of almost 123,000 from 147 economies

The global textile and garment manufacturing industry converged at ITMA 2015 in Milan to source innovative solutions to enhance their business sustainability. Their commitment to sustainability is evident from the strong industry turnout. At the end of eight days, the 17th edition of the world's most established textile and garment technology exhibition attracted visitorship of almost 123,000 from 147 economies.


CEMATEX, the European Committee of Textile Machinery Manufacturers, and owner of ITMA and ITMA ASIA, is pleased with the overwhelming response from the industry, both from exhibitors and visitors. Mr Charles Beauduin, President of CEMATEX enthused, 'We registered a 20 per cent jump in visitor numbers compared with ITMA 2011. More importantly, from participants' feedback, we can confidently say that this is one of the best ITMA exhibitions! Our message on sustainability has resonated greatly with buyers.' 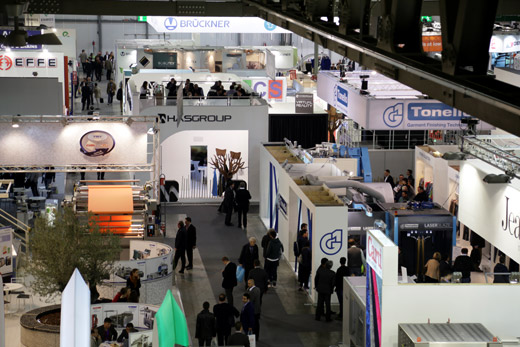 He praised the industry's resilience and forward-looking agenda, adding that global industry players have understood the importance of investing in innovations that are planet-friendly and which can also help improve their business bottomline. 'Our exhibitors have discovered that the visitors - whether they are seasoned ITMA visitors or attending the exhibition for the first time - are serious about checking out new innovative solutions to improve their competitive edge.'

Concurring with him, Ms Regina Brückner, CEO of Brückner Trockentechnik GmbH & Co KG, Germany, said: 'We felt for the first time there's a real understanding and interest in energy efficiency and green technology. There's a trend among our customers to want to upgrade their very old equipment because they understand the necessity of a highly productive and efficient production over the entire textile production process.' 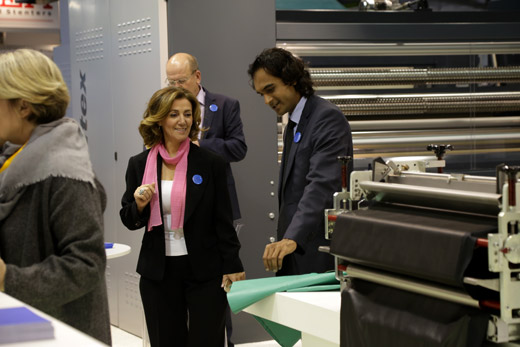 Overall, exhibitors felt that the quality of visitors was high and there was strong buyer interest. Visitors from Italy form the biggest contingent. They accounted for 18 per cent of the visitors.

Outside Italy, the top visiting countries were India (9 per cent), Turkey (8 per cent) and Germany (7 per cent). Other countries which made it to the top 10 list were France, United States, Iran, Brazil, Pakistan and Spain. The lifting of sanctions on Iran in the near future has buoyed the country's textile and garment sector, resulting in more visitors. 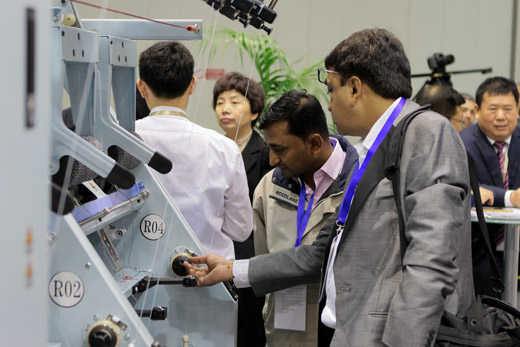 ITMA 2015 welcomed many groups from the Indian sub-continent. There were also delegations from Central Asia - a region where the textile and clothing industry is slated for development as the sector has the potential to create jobs. A 140-strong Uzbekistan textile and garment industry delegation spent three days at the exhibition. It was coordinated by the Textile and Garment Ministry of Uzbekistan.

'ITMA 2015 is really the world's largest textile and garment manufacturing technologies platform which also introduces innovative and eco-friendly machinery. The Ministry aims to modernise the industry with innovative technologies which can create additional value and eco-friendly solutions which will help our manufacturers to compete in the textile world market. Our government programme for 2015-2019 is to renew and modernise the industry and we have set aside a budget of around US$2 billion to implement it. We have signed contracts with a number of ITMA exhibitors in the weaving, printing, dyeing and finishing sectors and we will start installation from early 2016 up to 2019,' said Mr Khaydarov Ilkhom Utkirovich, Minister of textile and garment industry 'UZBEKYENGILSANOAT'. 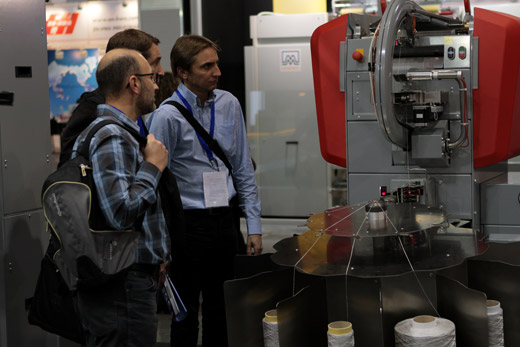 In addition, there was a delegation of 48 representatives from small and medium-sized enterprises (SMEs) from the textile and clothing sectors in Kyrgyzstan and Tajikistan. The group was coordinated by Geneva-based International Trade Centre (ITC), a joint agency of the World Trade Organisation and the United Nations.

A Russian delegation of 60 members was led by Mr Evgeny Ryzhov, Deputy Director of the Russian Ministry of Industry and Trade. 'ITMA 2015 allowed our domestic companies to learn about the latest technologies for the light and textile industry, enabling them to consider implementing them in their own production, purchase production equipment and to exchange experience with foreign colleagues,' he pointed out. 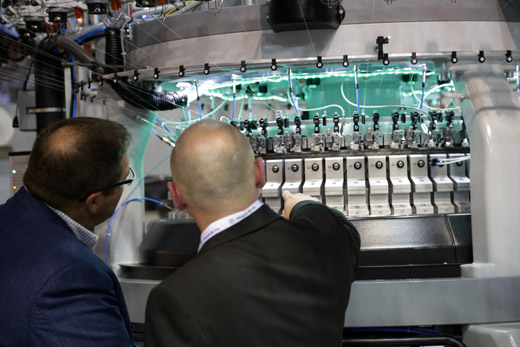 Launched as a dedicated sector at ITMA 2015, the printing chapter featured many established and new exhibitors. First-timer Fujifilm showcased its capabilities as a complete solution provider in digital textile printing.

Mr Terry O'Keeffe, Strategic Customer Support Manager of Fujifilm, said: 'ITMA has been an excellent platform for us to feature many exciting new developments in the digital sphere to a targeted audience. Our technology was very well received with good customer feedback that our technologies significantly contribute to the current and future digital textile market needs.'

'ITMA continues to be the world's showcase for textile printing, and provides the ideal platform for presenting our latest technologies,' says Dick Joustra, CEO, SPGPrints. 'The show's organisers have kept the ITMA fresh with new programmes so that visitors can see the latest in textile printing equipment while also learning about the urgency of issues like sustainability. The volume and quality of those coming to ITMA make it a dynamic and exciting marketplace.'

Exhibitors from other sectors were also impressed with the quality of the visitors. One happy exhibitor is Mr Etienne Leroi, General Manager of NSC Fibre to Yarn. He said, 'This year's ITMA has entirely met our expectations. We have received numerous customers from all over the world, who have shown great interest in our latest developments. This confirms once more the importance of such an international event.' 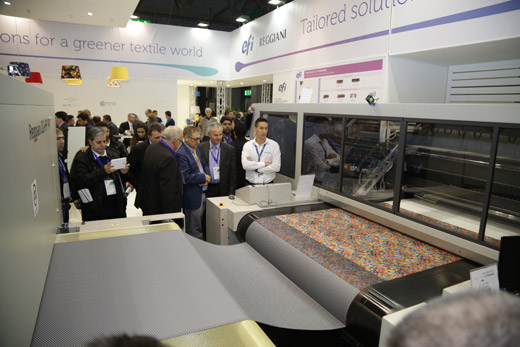 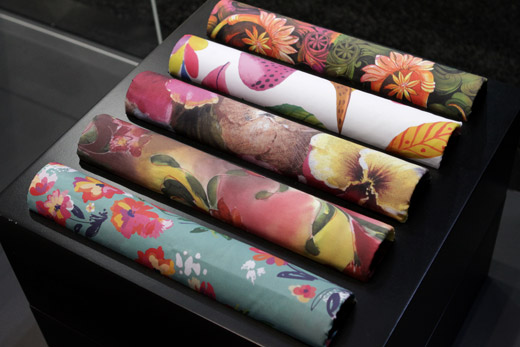 At the close of the exhibition on 19 November, Mr. Carlo Rogora, CEO of ITEMA Group, concluded: 'Considering the current situation in the textile industry in some markets, we are pleasantly surprised with these results. ITMA 2015 has been especially satisfactory, both in terms of the organisation and logistics of the show and the significant level of attendance of customers. The contacts and orders we established, above all from India and Turkey markets, largely exceeded our expectations.' 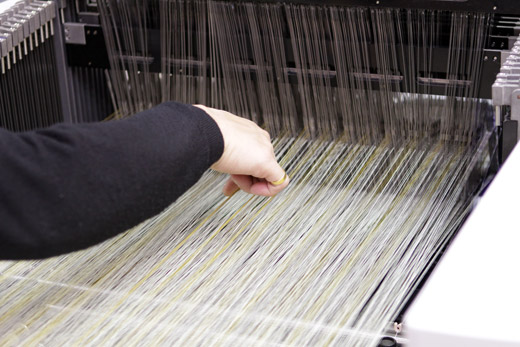 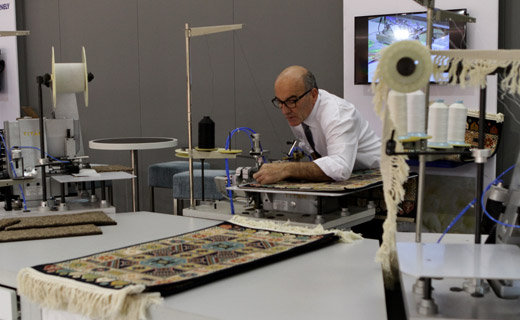 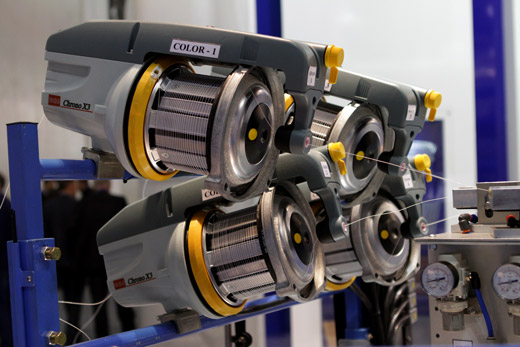 The European Committee of Textile Machinery Manufacturers (CEMATEX) comprises national textile machinery associations from Belgium, France, Germany, Italy, Netherlands, Spain, Sweden, Switzerland and the United Kingdom.
It is the owner of ITMA and ITMA ASIA. Considered the 'Olympics' of textile machinery exhibitions, ITMA has a 60-year history of displaying the latest in machinery and software for every single work process of textile making.
It is held every four years in Europe.