American designer Tom Ford takes care about Agent 007's style once again in the latest movie about the famous spy. 'Spectre' will be the twenty-fourth James Bond film and will feature Daniel Craig in his fourth performance as the agent. 'Spectre' is scheduled to be released on 26 October 2015 in the United Kingdom on the same night as the world premiere in London, followed by the worldwide release on 6 November.

Ford has created some of Bond's looks for the two previous movies - 'Quantum of Solace' and 'Skyfall'.

From the fashion house announced that Tom Ford worked with costume designer Jany Temime on six bespoke tailored looks for the character including eveningwear, suits, shirts, knitwear, ties, accessories and exclusive eyewear - all handmade in Italy. 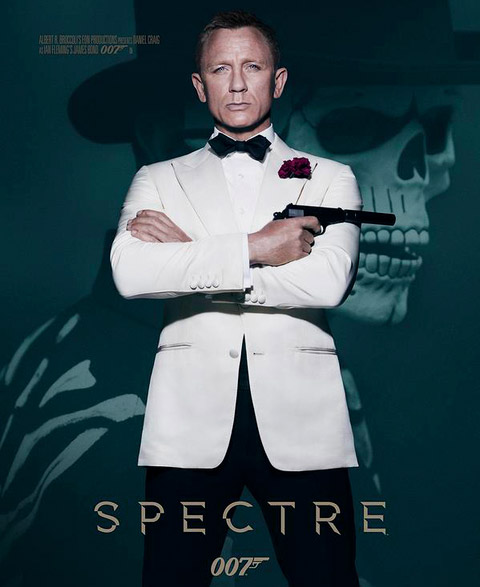 'I could not be happier to be dressing Daniel Craig as James Bond again in the upcoming film, 'Spectre'. James Bond epitomizes the Tom Ford man in his elegance, style and love of luxury', Ford said.