Andrew James Clutterbuck, known professionally as Andrew Lincoln is an English actor, most famous for his portrayal of Rick Grimes, the lead character on the AMC horror drama series The Walking Dead.

Andrew was born on September 14, 1973, and we want to wish him Happy birthday and all the best! 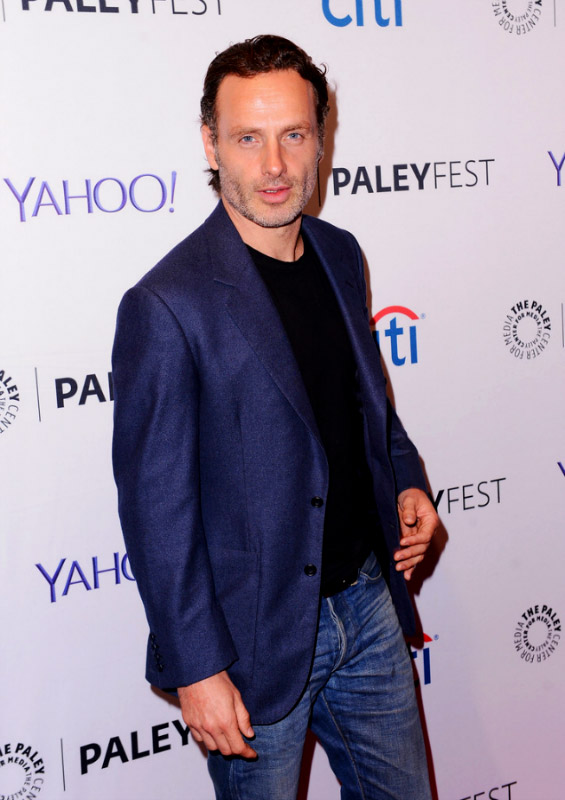 His first major role was in the BBC drama This Life, followed by successful roles such as Simon in the sitcom Teachers and Mark in the romantic comedy Love Actually.

Alongside acting, Andrew Lincoln has done voice-overs for documentaries, advertisements, and government campaigns. He directed two episodes in the third season of Teachers for which he won a BAFTA nomination for Best New Director (Fiction) in 2004. 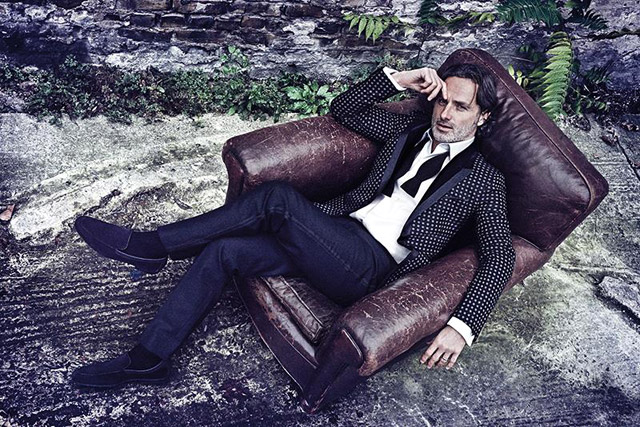 Lincoln is married to Gael Anderson - daughter of Jethro Tull vocalist Ian Anderson - since 2006. The couple has two children - Matilda and Arthur.

We like Andrew dressed in suits and we think they really fit him well and highlight his charisma and - when dressed in blue - his eyes. 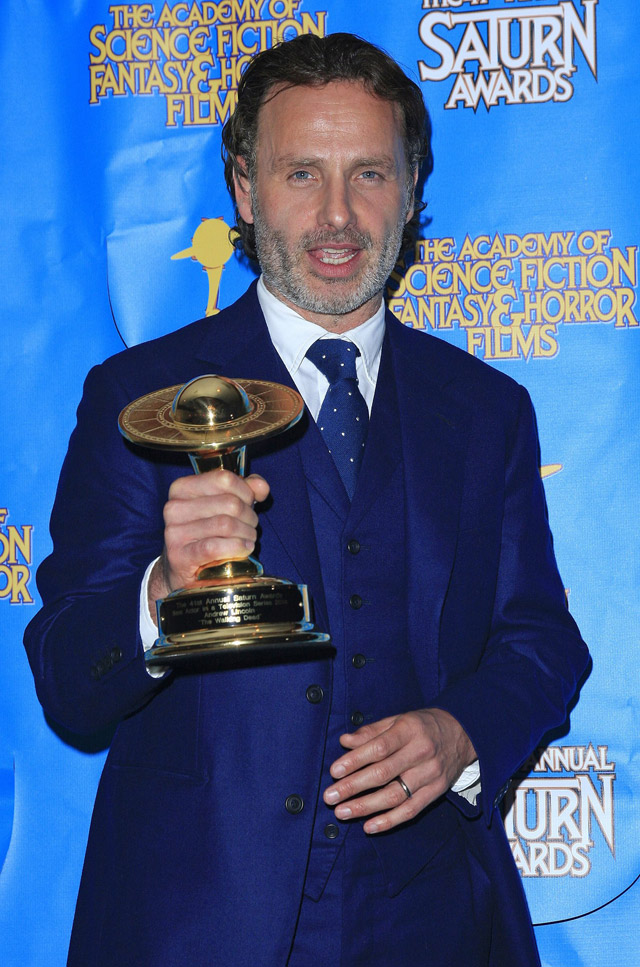 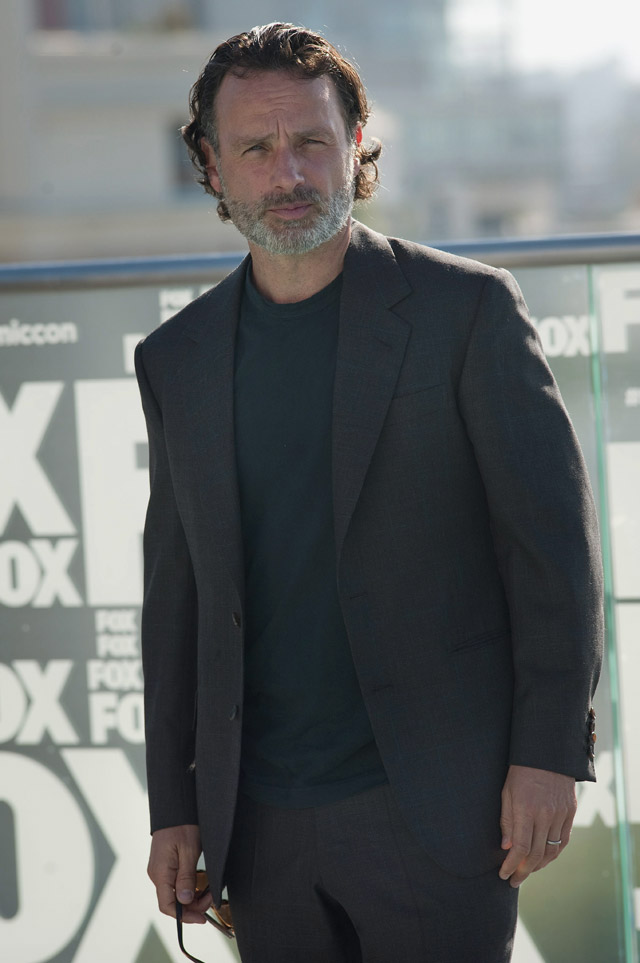 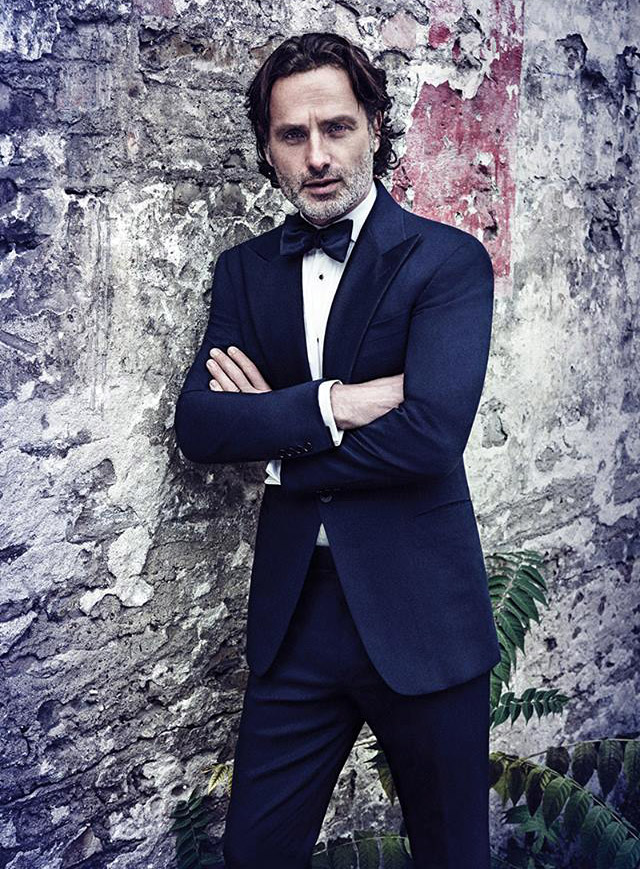 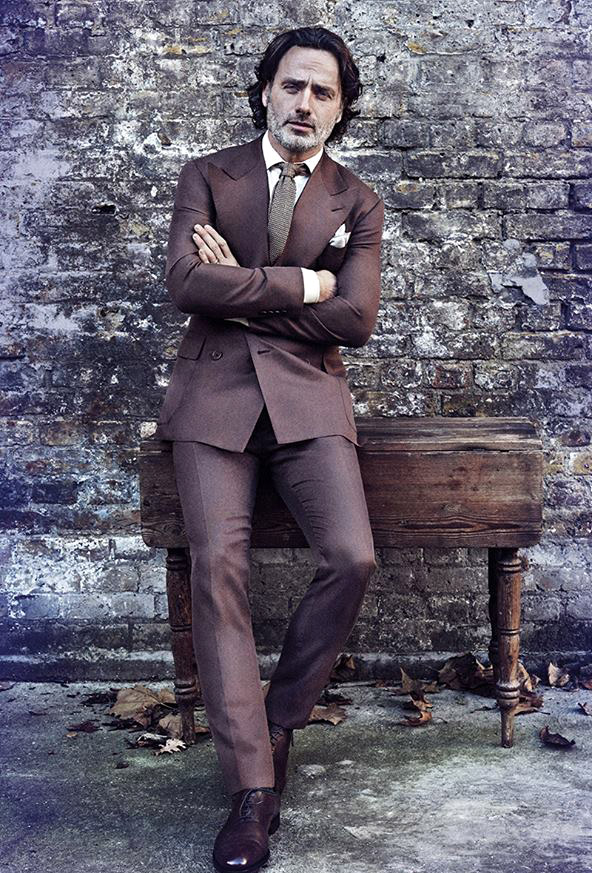 If you like his acting and style, vote for Andrew Lincoln in BGFN readers' voting for
Most Stylish Men 2016!