Robert John Downey Jr. is an American actor, born in Manhattan, New York, USA, in 1965. He made his screen debut at the age of five, appearing in his father's film Pound (1970). 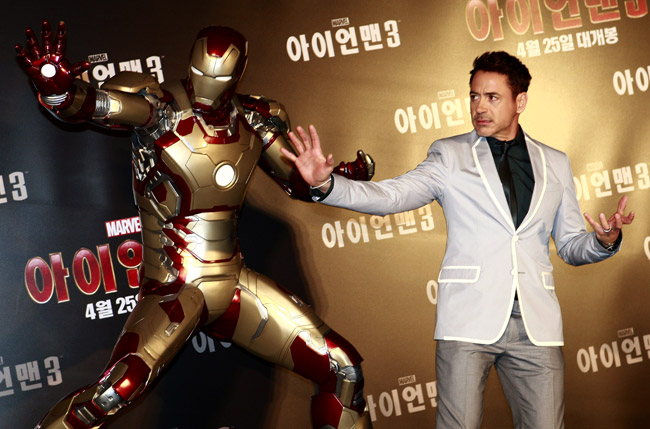 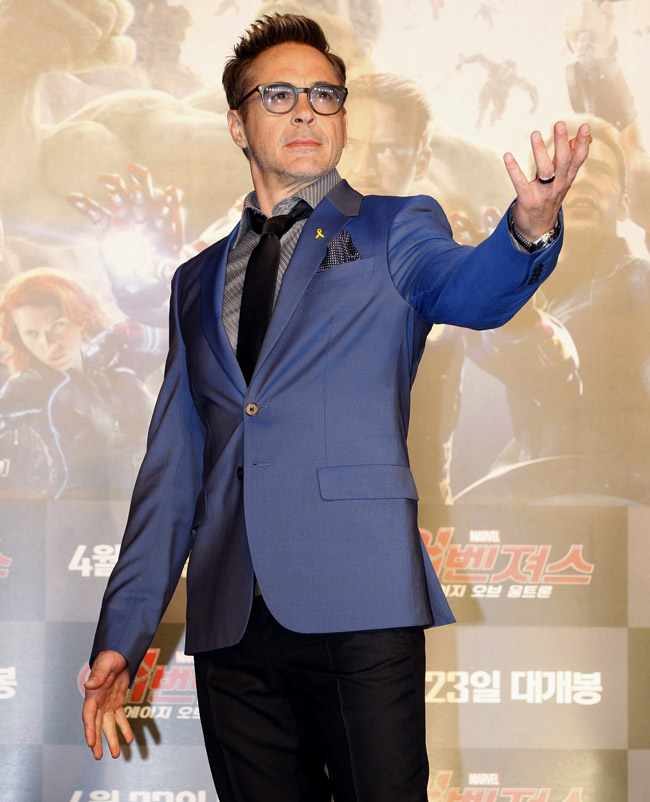 In 2000 Downey joined the cast of the TV series Ally McBeal playing Calista Flockhart's love interest, which earned him a Golden Globe Award. 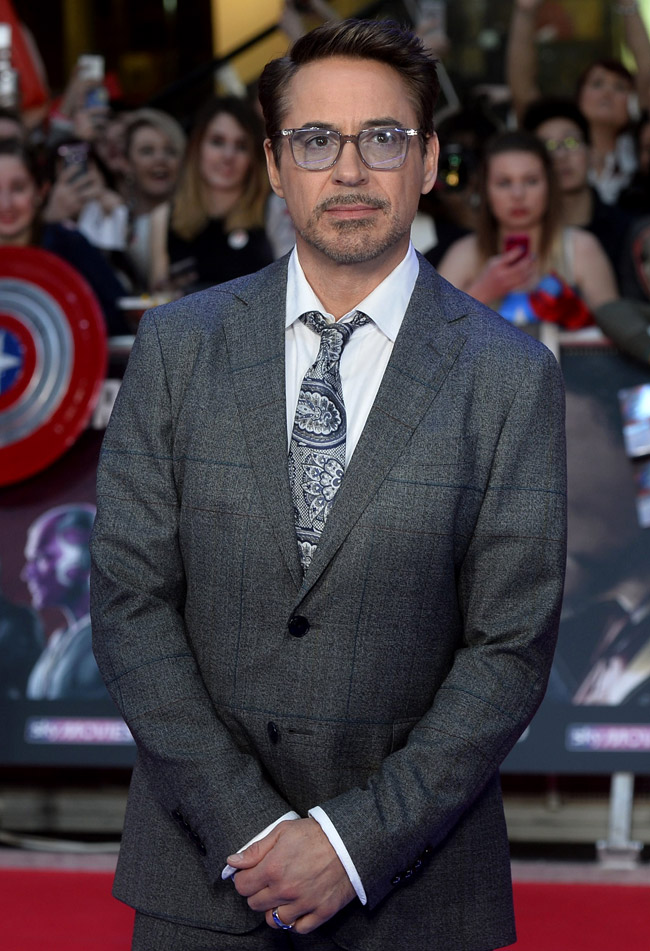 Beginning in 2008, Downey began portraying the role of Marvel Comics superhero Iron Man in the Marvel Cinematic Universe, appearing in several films, which were a huge commercial success. Downey Jr. has also played the title character in Guy Ritchie's Sherlock Holmes (2009) and its sequel (2011). 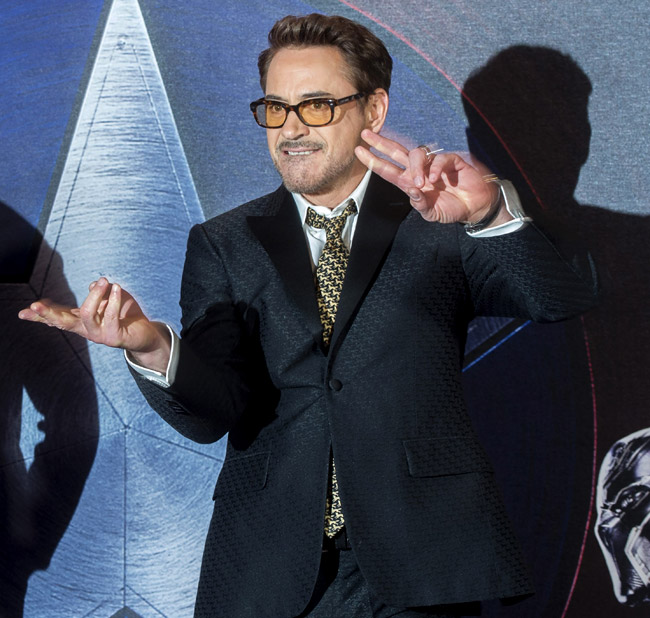 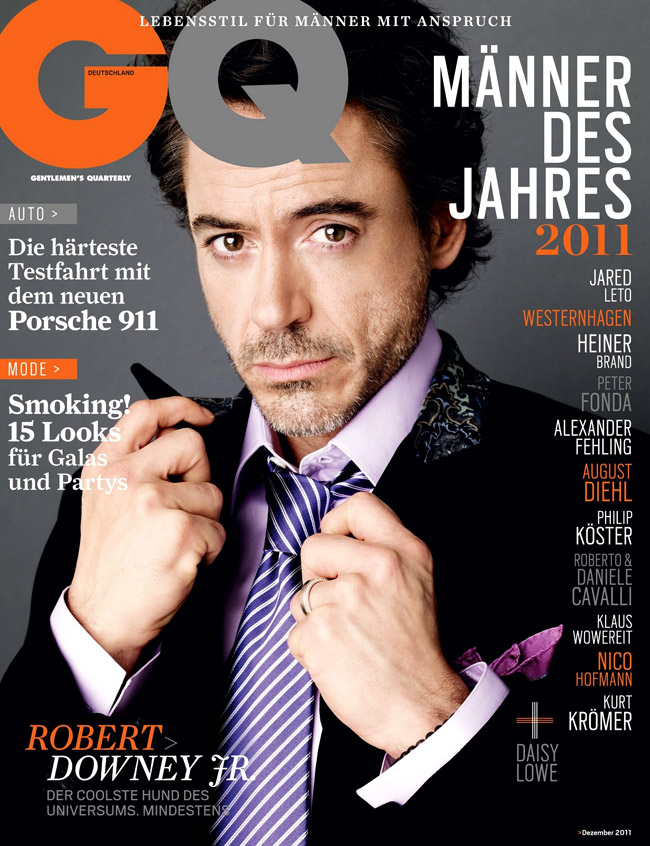 On the cover of GQ Germany December 2011 issue

For three consecutive years (2012-2015) Robert Downey was Hollywood's #1 highest-paid actor according to Forbes list with $80 million in earnings between June 2014 and June 2015. 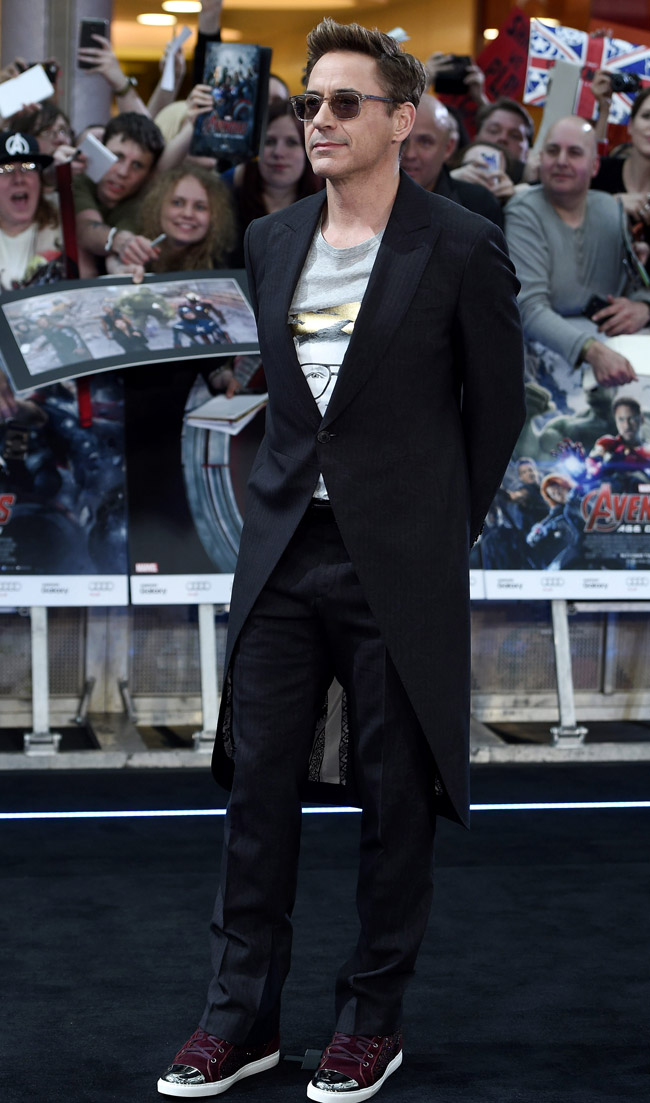 Overcoming his drug issues, Downey managed to rebuilt his acting career and now is one of the most famous male actors in Hollywood. For his Red carpet appearances he always looks different, choosing a variety of styles, color combinations and accessories. 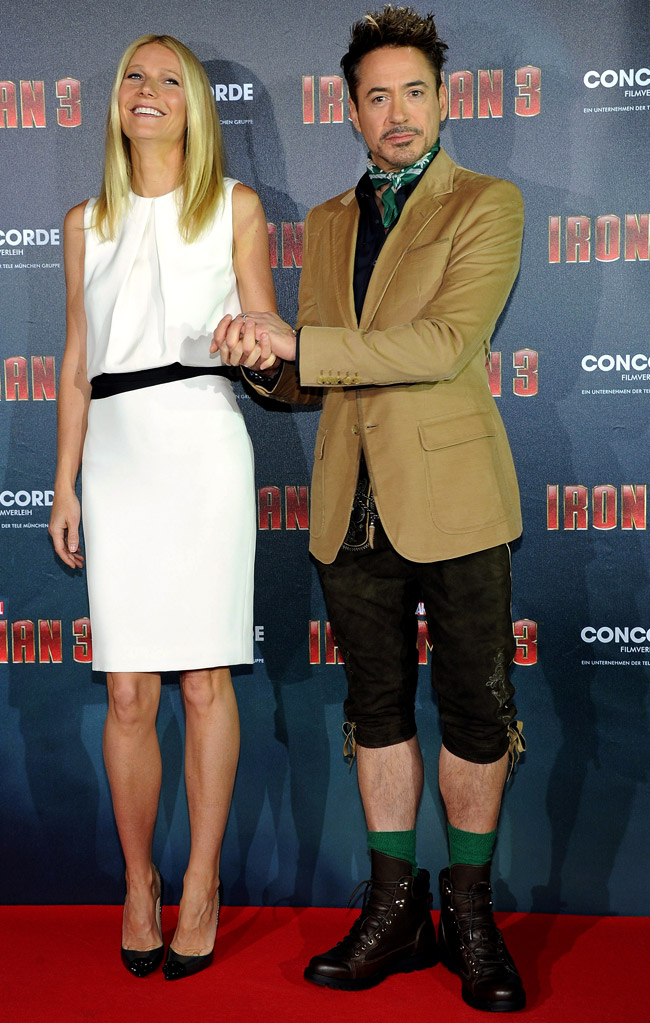 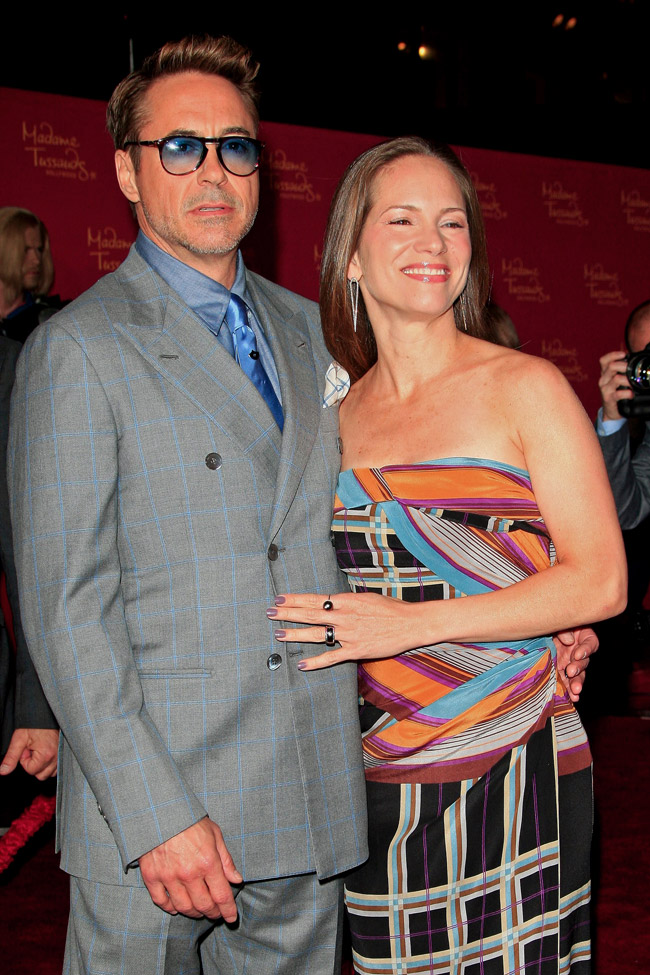 With his wife Susan Downey

With his wife Susan Downey 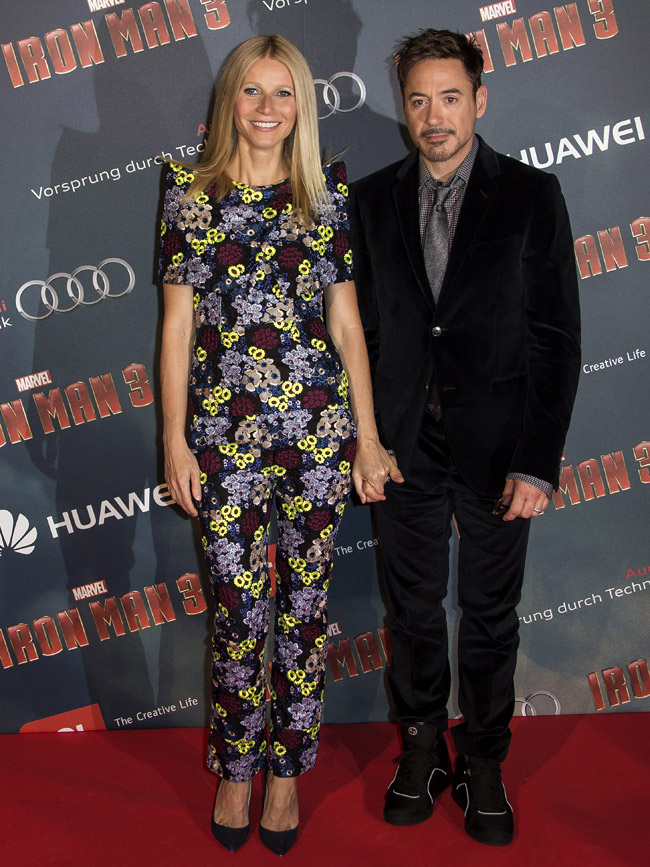 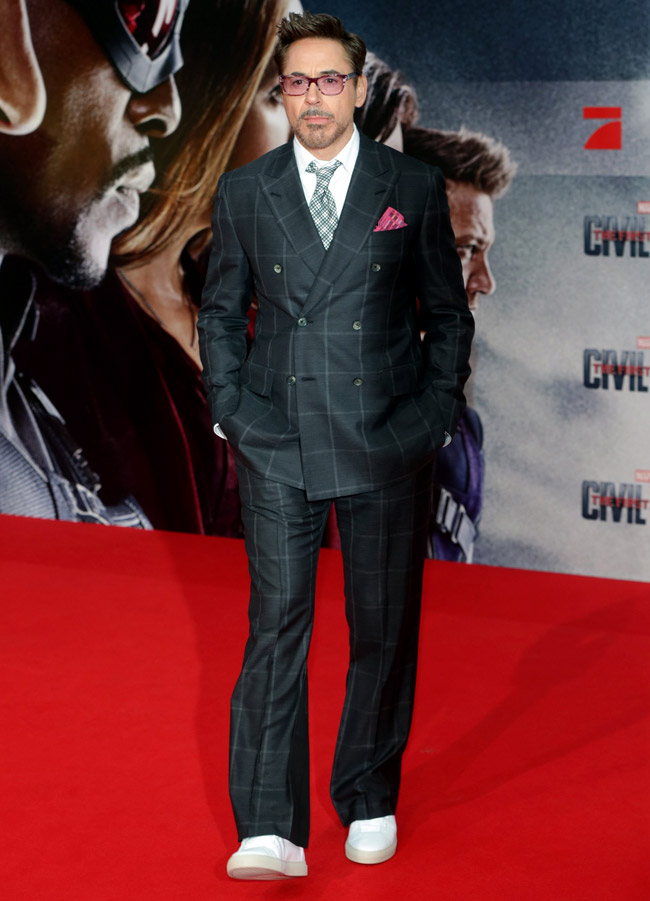 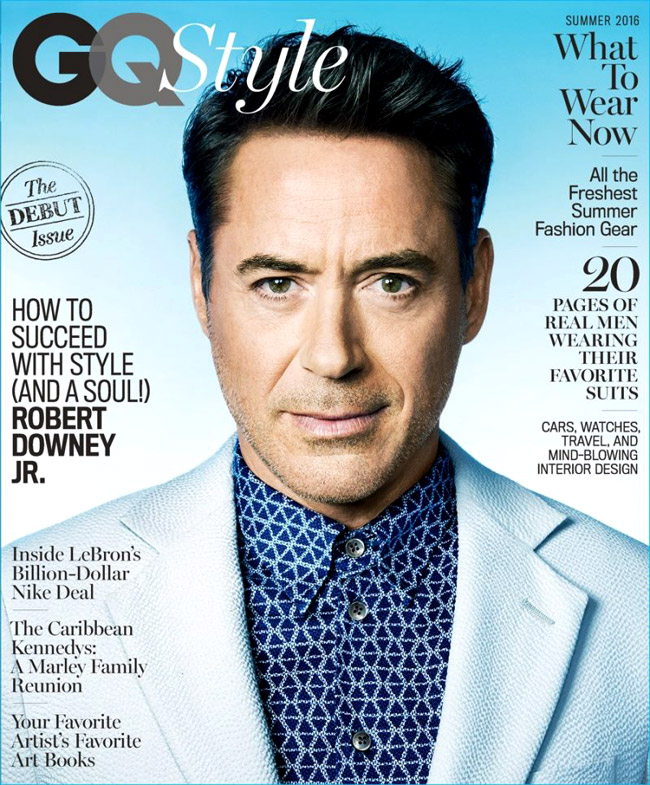 On the cover of American GQ Style Summer 2016 issue 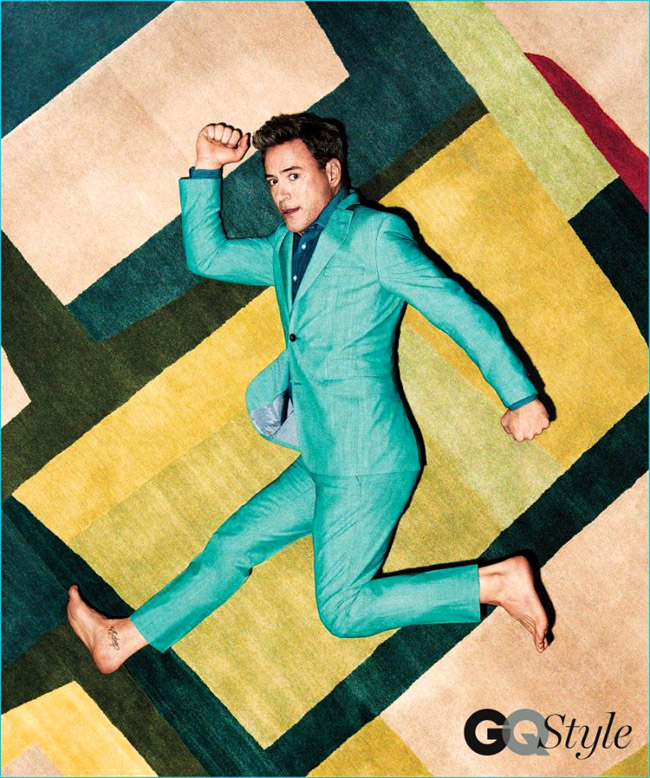 If you like his acting and style support Robert Downey Jr. in BGFN readers' Most Stylish Men 2016 voting
and win a made-to-measure suit jacket!