Sir Michael Philip 'Mick' Jagger is an English singer, songwriter, and actor, best known as the lead singer and a co-founder of The Rolling Stones. He was born on July 26, 1943, in Kent, England. 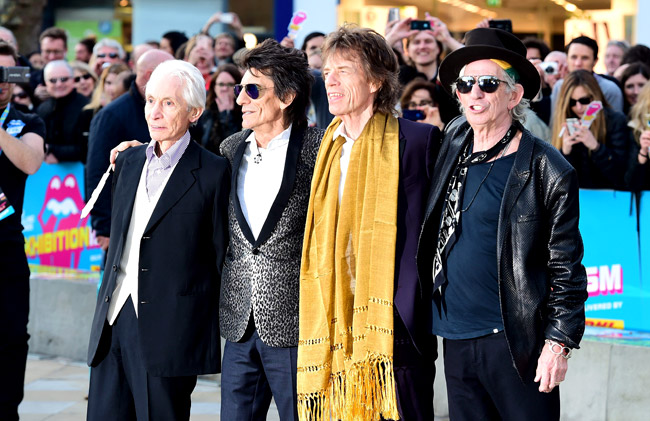 Mick Jagger has been described as 'one of the most popular and influential frontmen in the history of Rock & Roll' for his 50+ years on stage.

In 2003, the musician was knighted for his services to popular music and in 2004 was inducted into the UK Music Hall of Fame with the Rolling Stones. 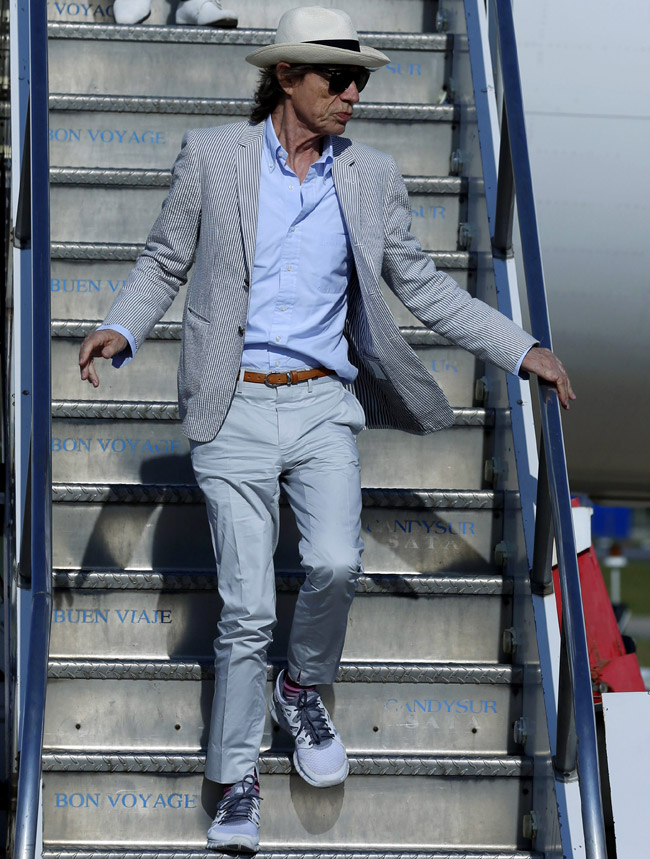 Mick Jagger disembarks from an airplane in Montevideo, Uruguay, February 2016

It was confirmed today that at the age of 72 (almost 73), Sir Mich Jagger is expecting his eighth child together with his 29-year-old girlfriend, American ballerina Melanie Hamrick. Jagger has seven elder children - Karis, Jade, Elizabeth, James, Georgia, Gabriel and Lucas - whose ages range from 45 to 17. He has five grandchildren and became a great-grandfather in May 2014 when Jade's daughter Assisi gave birth to a baby girl. Congratulations! 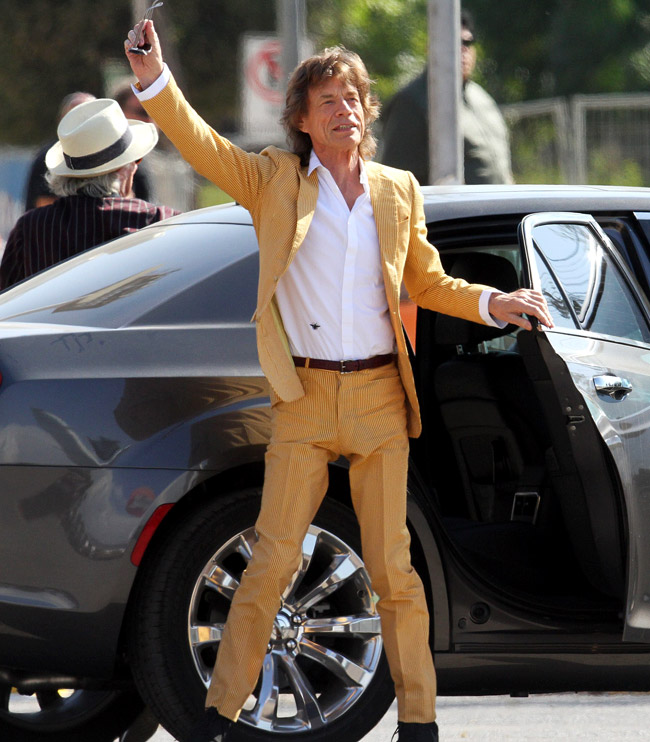 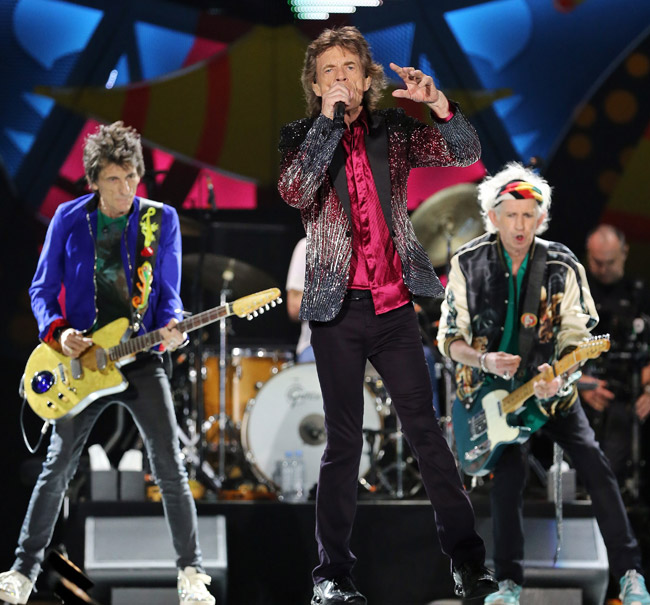 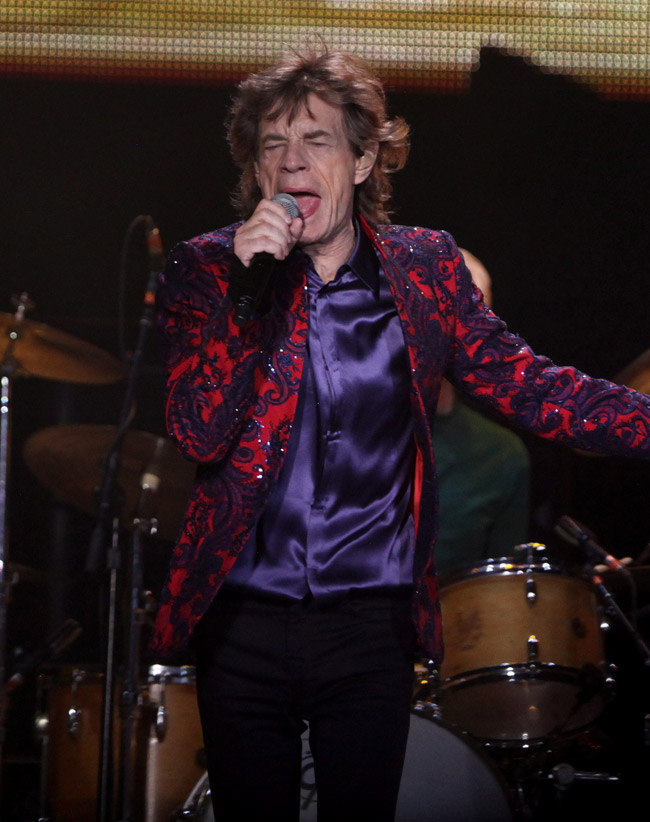 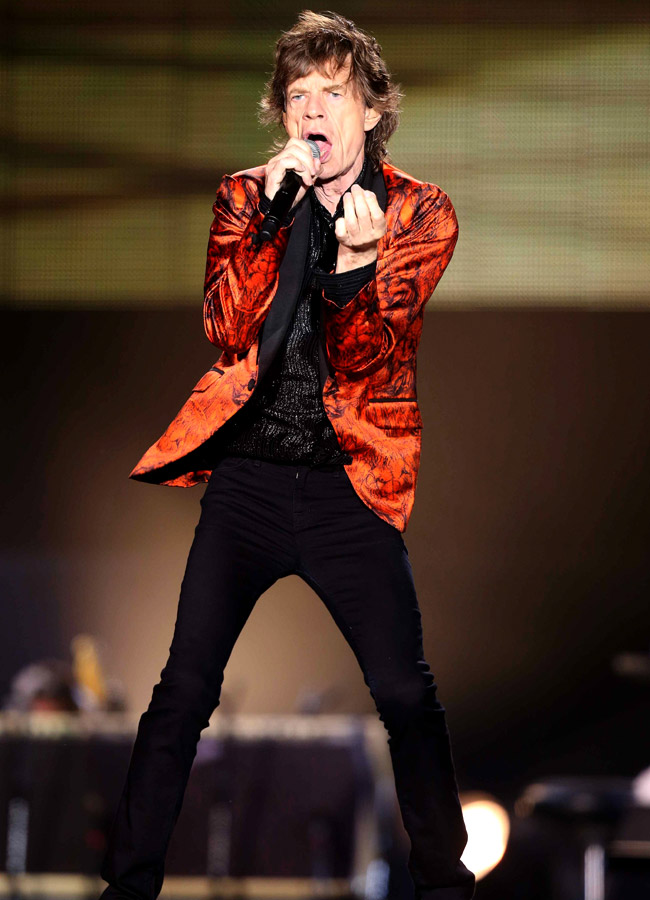 Mick Jagger performs during a concert in Lima, Peru, March 2016 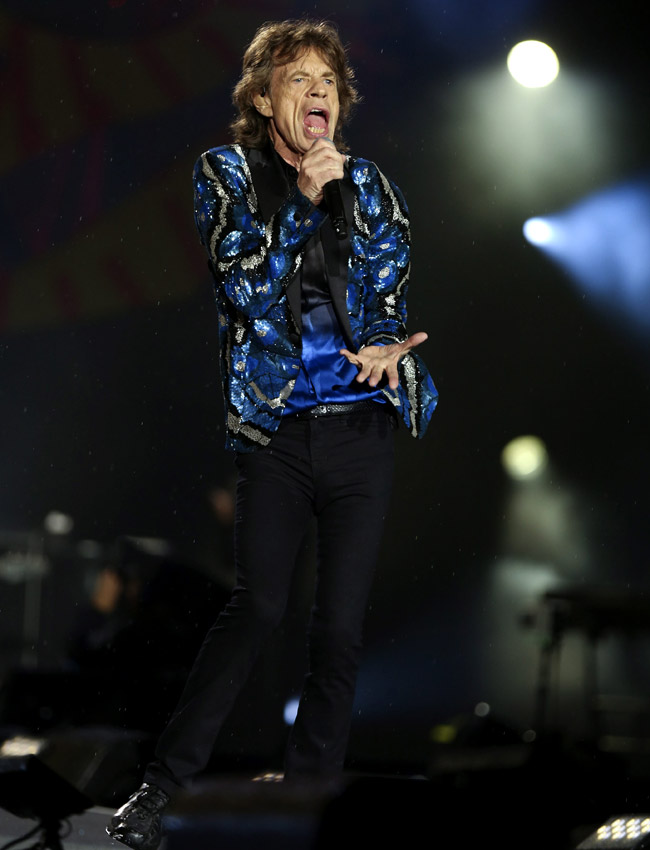 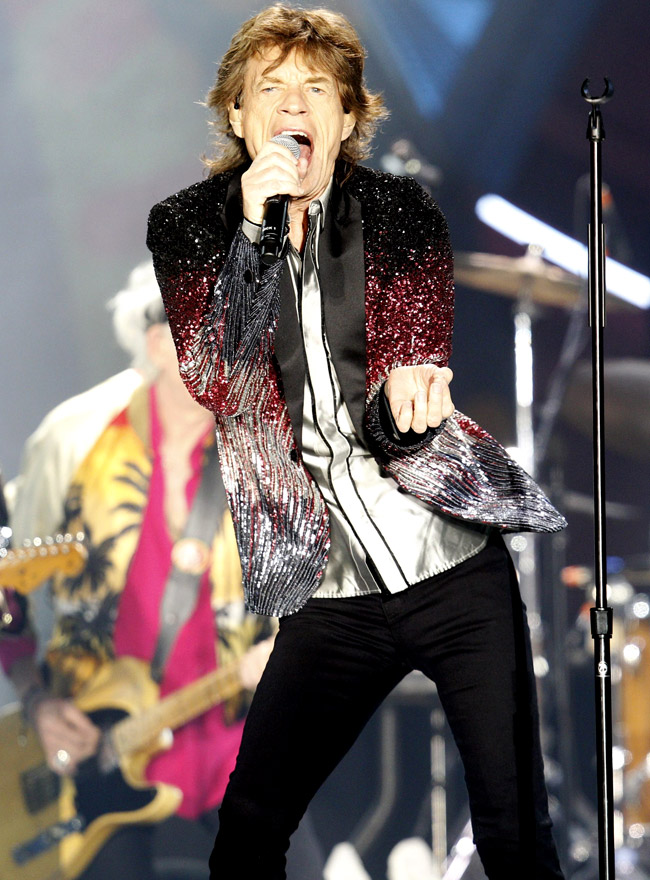 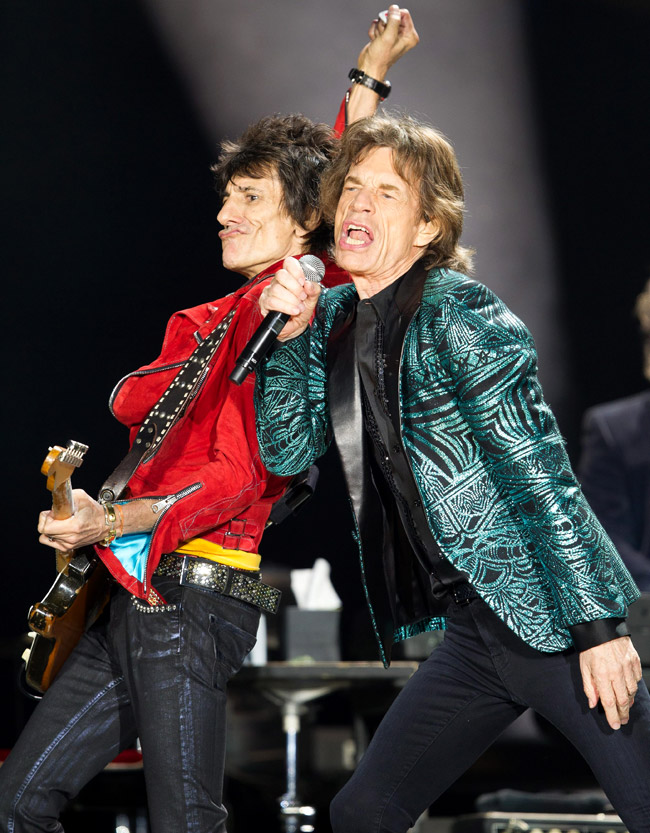 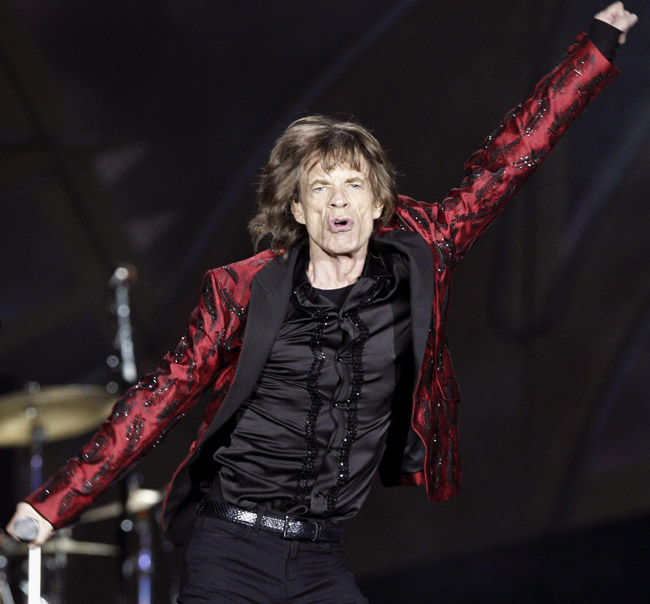 Mick Jagger performs during a concert in Madrid, Spain, June 2014 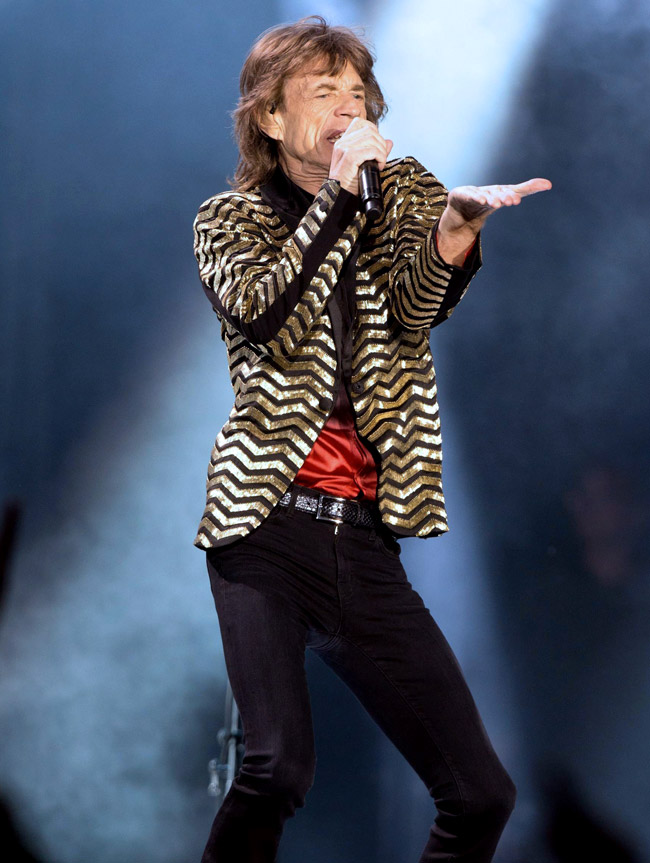 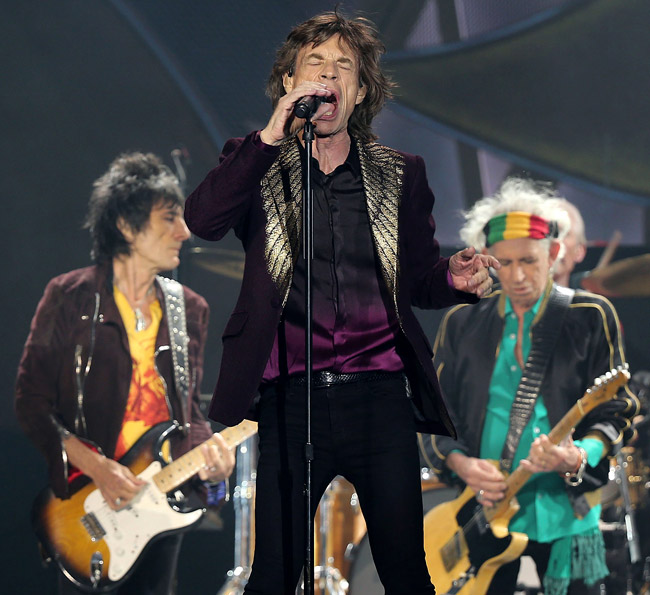 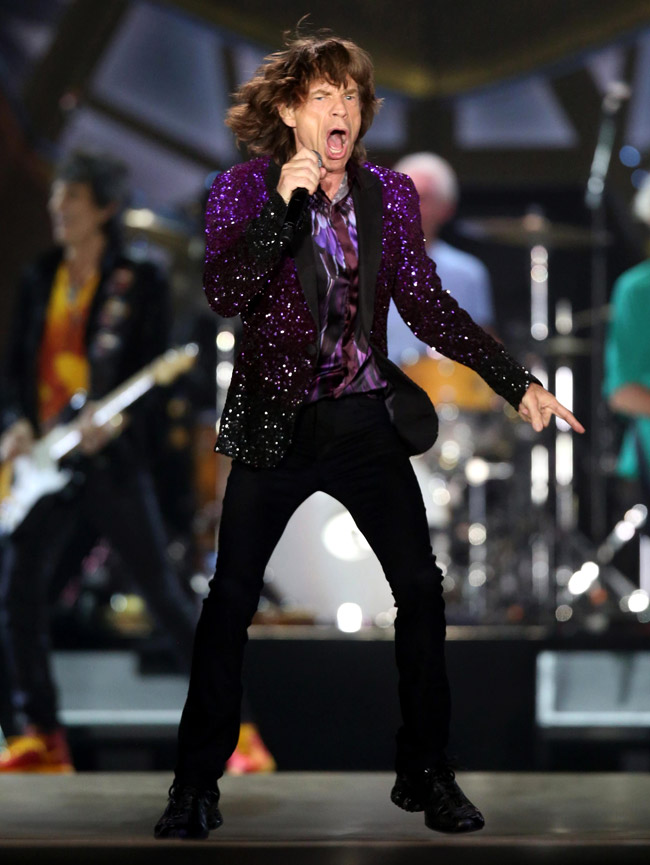 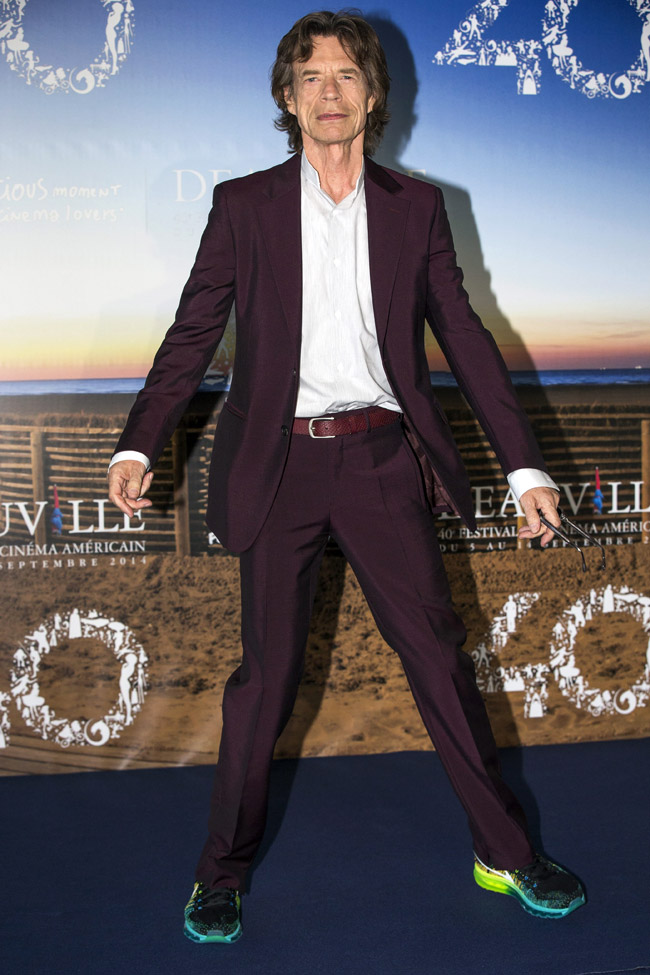 Mick Jagger posing at a photocall for 'Get on Up' during the 40th annual Deauville American Film Festival,
Deauville, France, September 2014

If you like his style and singing vote for Sir Mick Jagger in BGFN readers' voting for
Most Stylish Men.