Steve Schapiro (born1934) is a distinguished American journalistic photographer, known for his photos of key moments of the Civil Rights Movement and for his portraits of celebrities and movie stills. His pictures have graced the covers of Vanity Fair, Time, Sports Illustrated, Life, Look, Paris Match, and People, and are found in many museum collections.

Steve Schapiro captured key moments of modern American history with his photos that also reflect his own social and human awareness. His name has become a reference in the field of photojournalism.

This June in London will be launched an exhibition called Bowie. It will showcase over 20 photographs of heroes from the worlds of film, politics, art, sport and music by renowned American photographer Steve Schapiro. The exhibition will include a selection of rarely seen portraits of David Bowie taken in Los Angeles in 1974. 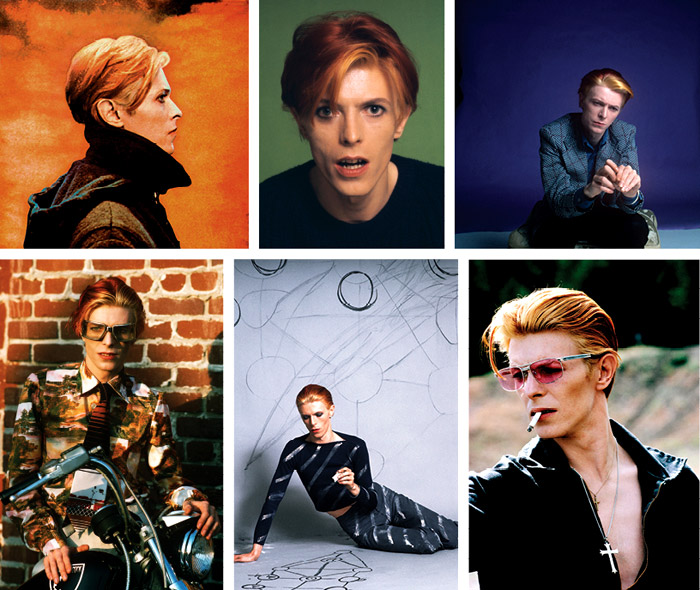 Bowie, by 1974, was evolving yet again in his spectacular journey as one of pop music's most creative and brilliant minds. A music-writing tour-de-force, Bowie was also widely regarded as a fashion icon, pushing the envelope of sexuality and style.

These mostly never-before-published images represent Bowie at his most creative and inspired self and offer a rare glimpse into a collaborative process that created phenomenal iconography in the Bowie oeuvre. A delight for Bowie fans of all intensities and degrees, Bowie provides a rare look at a remarkable musical genius in the throes of creative exploration.