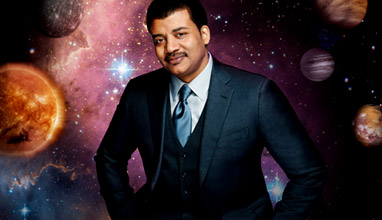 Neil deGrasse Tyson is an American astrophysicist, cosmologist, author, and science communicator. During the years he wrote monthly essays and columns for different science magazines and a number of popular books on astronomy; he also hosted the television show NOVA ScienceNow on PBS and the weekly podcast Star Talk. In 2014, he hosted the television series 'Cosmos: A Spacetime Odyssey' (13 episodes) - a reboot of Carl Sagan's 1980 series 'Cosmos: A Personal Voyage'.