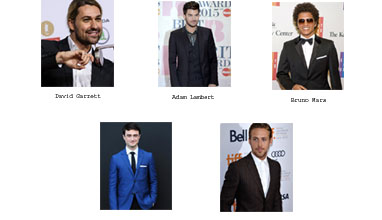 Top 5 Most Stylish Men are already known. From all of the categories, the readers of BGFN magazine, vote for their favourite fashion icons among the nominees. February 2017 winners are well known men with a sense of style and elegance.

Daniel Jacob Radcliffe is an English actor, born in London, UK, in 1989. He is best know for portraying the young magician Harry Potter. Daniel was cast for the role at age 11 and starred in the series for 10 years until the release of the final movie in 2011.