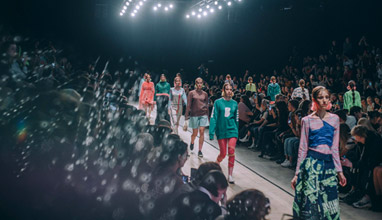 The program for the upcoming season of Mercedes-Benz Fashion Week Russia includes real shows and video presentations with VR and AR elements, arranged into a united schedule. Shows at Moscow’s Manege will start on October 20 and will continue to October 24.

As well as showcasing new products and new fashion trends, the event aims to become increasingly a platform for new research and meeting-place for businesses, stylists and buyers. 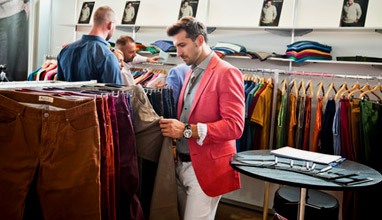 Poznań Fashion Fair is the most important business event for the fashion industry in Poland.

Twice a year at the grounds of Międzynarodowe Targi Poznańskie designers, manufacturers and importers of clothes, lingerie, clothing accessories, footwear, leather and textiles meet with their clients, showcasing new collections that herald future trends in fashion.

The JFW 2010/11 opened with а show entitled A Tribute to Kebaya, featuring Kebaya, the national dress of Indonesian women as interpreted by more than 20 renowned designers. On Sunday JFW presented a special collection created by one of Indonesia’s brightest talents Oscar Lawalata and British textile designer Laura Miles. Their collection is called Weaving the Future, in which the two designers worked together with traditional textile craftsmen and weavers, including from areas in Eastern Nusa Tenggara as well as other parts in Indonesia such as Garut, West Java.

Style and latest trends dominated the Fashion Fair in Poznań

The Fashion Fair in Poznań consisted of four complementary showrooms where you could find a review of all the fashion market sectors. The newest designs from the collections of almost 400 Polish and foreignprêt-à-porter brands, footwear, underwear, swimming suits and accessories were presented. In quiet showrooms, where the exhibitors presented their offers and business talks were held for three days. Among almost 5 thousand registered visitors you could come across Grażyna Hase, the designer, or Miss Polonia 2009 - Maria Nowakowska.