Autumn/Winter 2016 heralds a change in pace from last Fall’s urban, dark and slick mood; but it is not about settling down, rather more settling in to the modern British gentleman’s lifestyle – presenting more casual clothes made for Country house parties and for exploring the streets of a foreign city, requiring the same level of refinement and luxury but in a cosy, comfortable and considered manner. 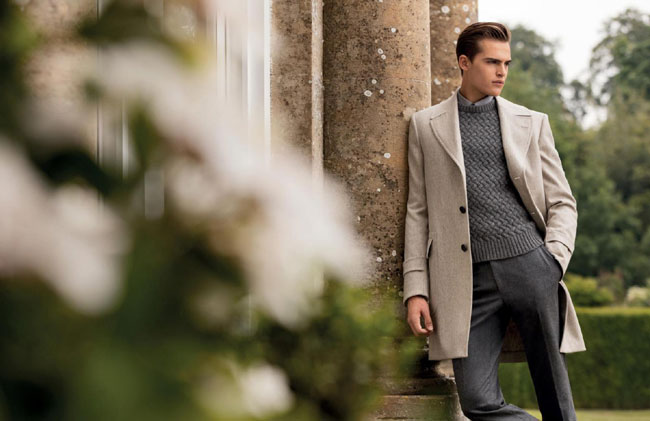 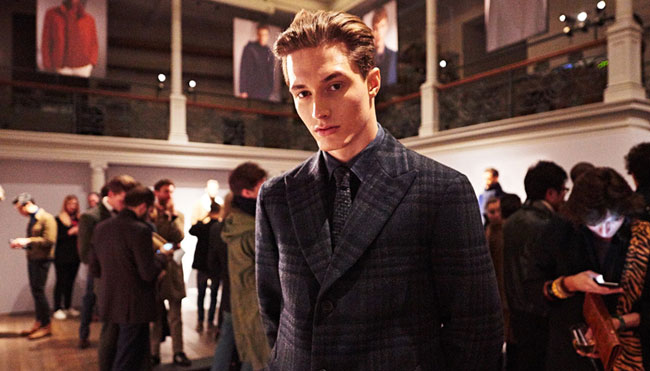 Avoiding clich? country tweeds, a two piece suit in soft black and grey granite donegal is worn with a cashmere knit polo and bold knit scarf; taking the formality down whilst ensuring the look is still smart and put-together. A navy checked car coat is worn with a textured wool knit tie and a tonal shirt, or alternatively a two button, single breasted jacket in winter white self-check is worn with white cotton/cashmere chinos and a wool polo neck. A double breasted camel blazer with chunky knit scarf and cream pants is worn open with insouciance. 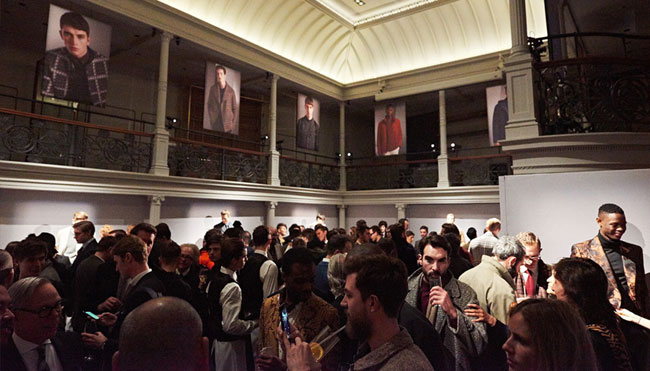 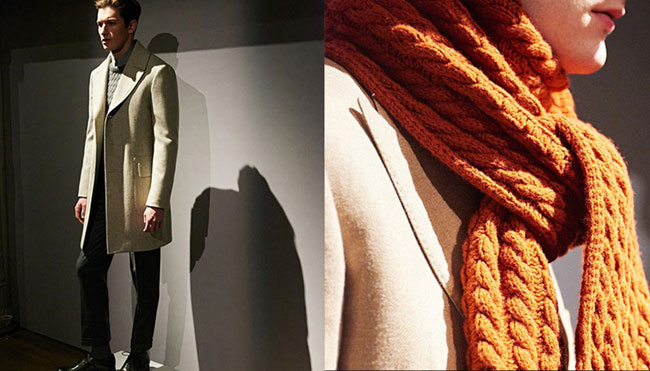 A youthful shearling-lined parka with fur trim gives a fresh twist on a weekend favourite and a shearling car coat is presented as an updated luxury investment piece. British-woven camel cloth is presented in two looks, a peacoat and a double-breasted overcoat, both cut with versatility in mind to be worn either with a shirt and knit, or a chunky polo neck. The camel has been inverted to sportswear instead of traditional business attire. The exclusive British-woven wool jacquard bomber jacket is a modern interpretation of a tweed jacket in a young, short style which is as perfect worn with beat-up jeans as tailored chinos. Old-school fabrics have been revisited, moving away from notions of stiff and coarse to a soft handle and drape. 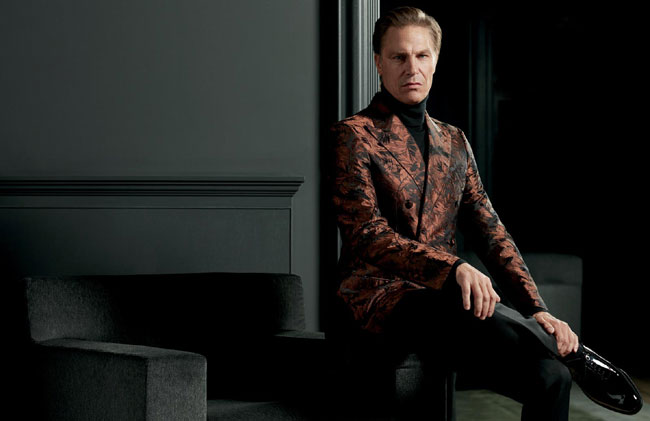 The formal evening silk jacquard has become a signature of the House. Continuing our tradition of working with British silk weavers to create new patterns, this season’s foliate country jacquard in bronze comes in a relaxed double-breasted jacket worn with a cashmere/silk polo neck and black wool dress pants and a punchy contrast sock detail. A grey flannel tuxedo and the houses’s iconic shawl-collar velvet jacket are taken country with the addition of a knit and chunky scarf. 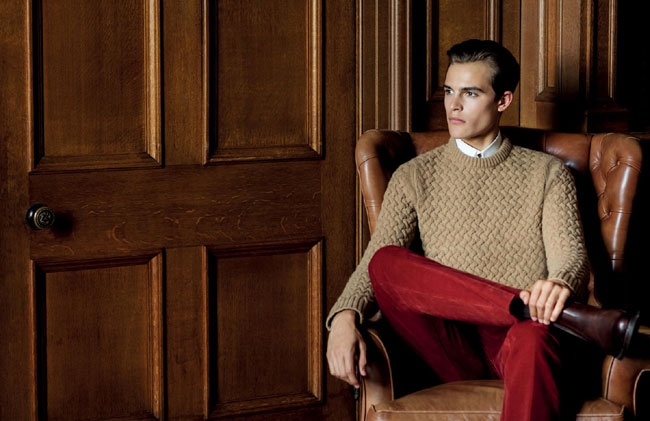 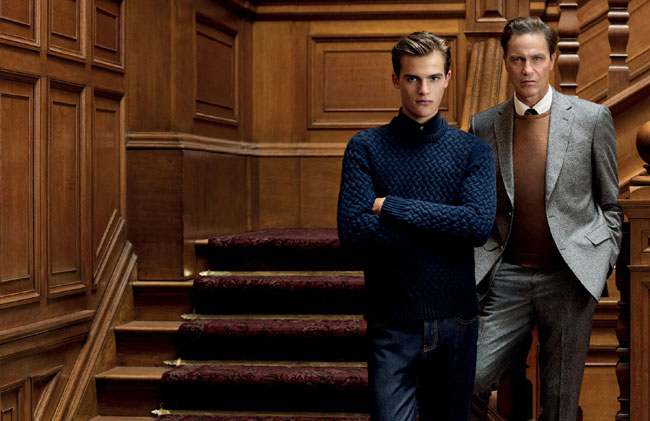 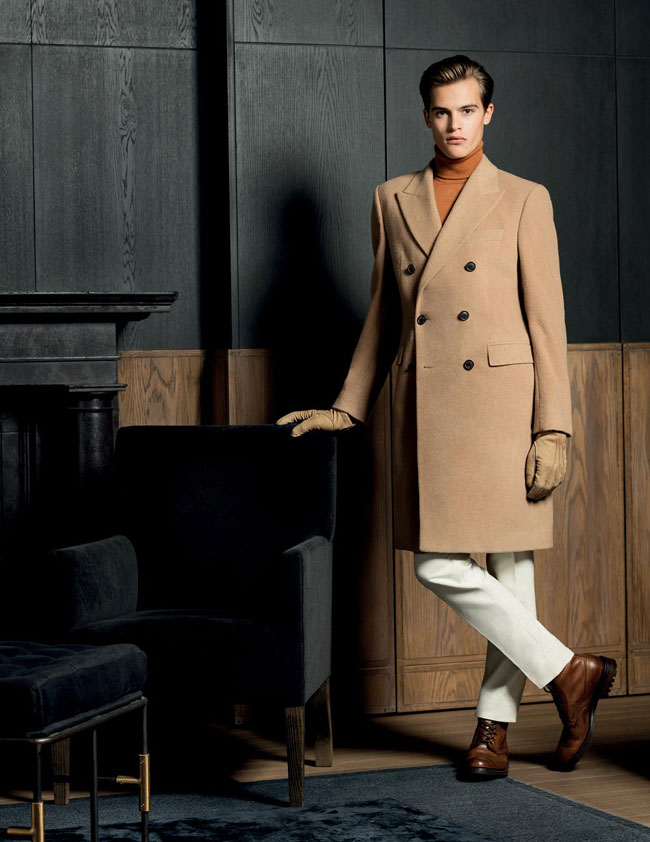