Tiger of Sweden shows contemporary tailoring at its very best with inspiration of old Sweden craftsmanship and the moody winters of Dalarna, a region in northern Sweden. All to the sound of a crooner voice of old romantic melancholy. 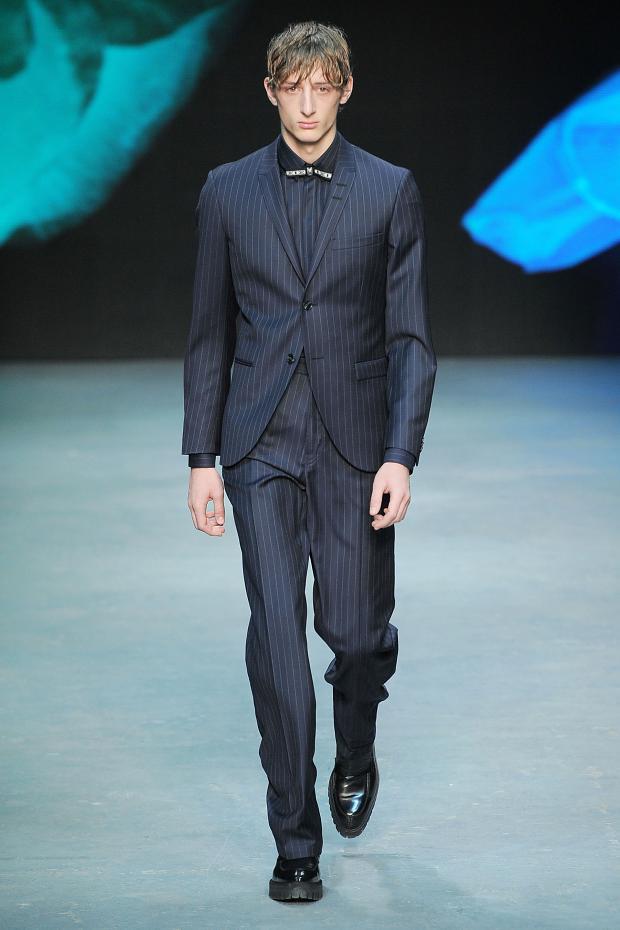 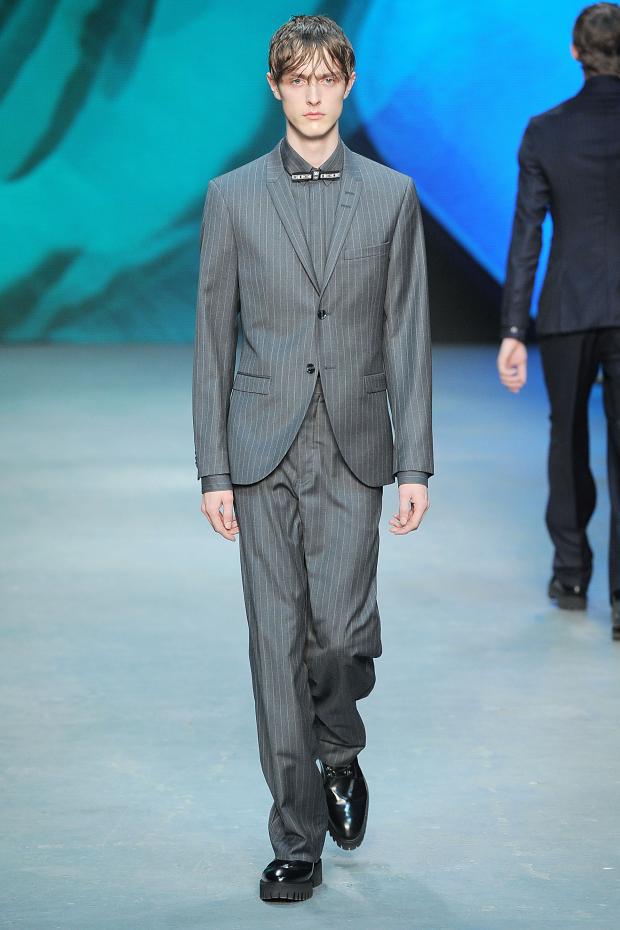 For the fourth season Tiger of Sweden presents their collection at LC:M, this time at the Ambika P3 Gallery in Marylebone. To amplify the melancholic mood of the collection the models were accompanied by a live performance from Sweden’s foremost advocates of melancholic tunes, the Weeping Willows. 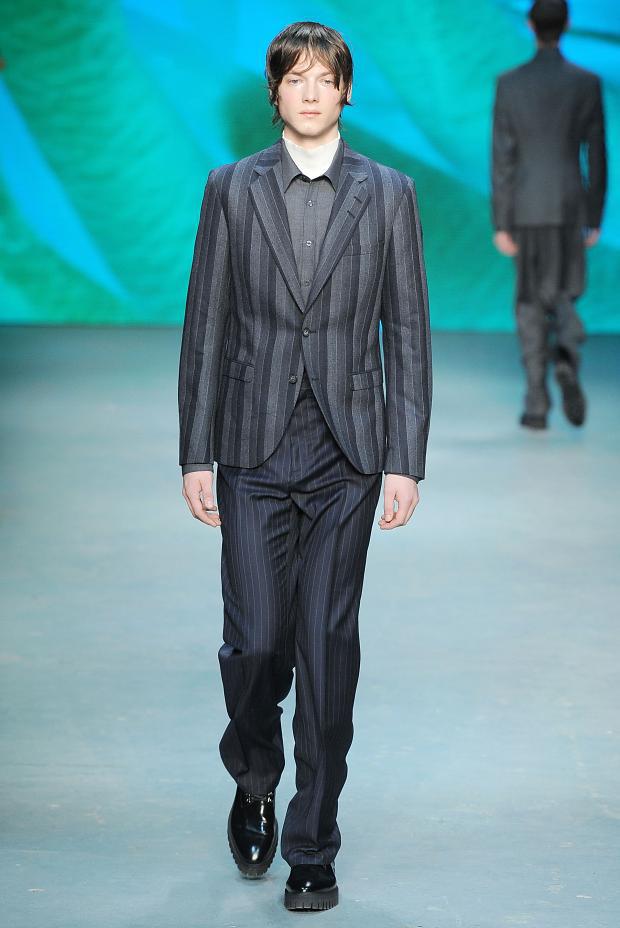 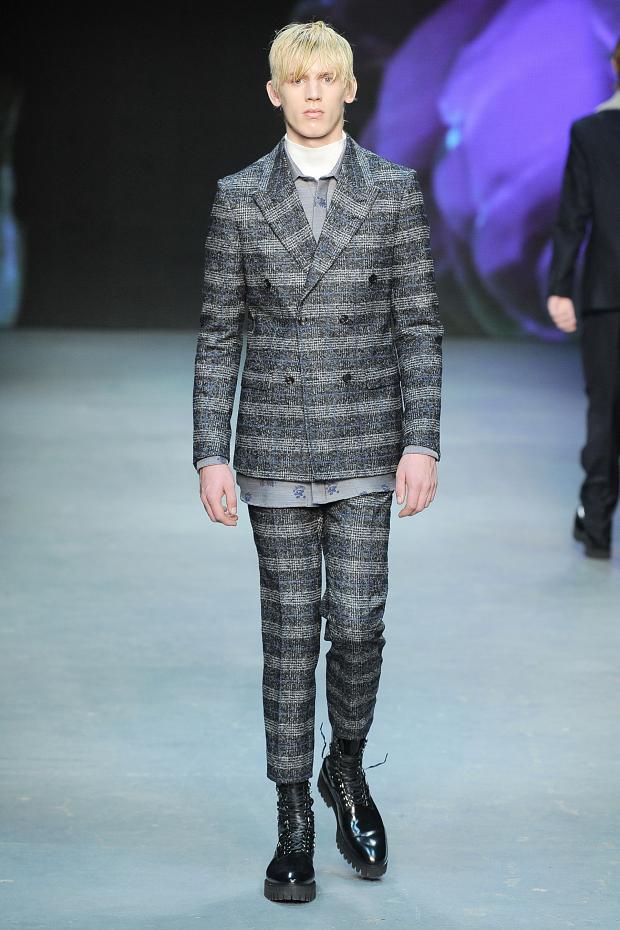 For inspiration, Tiger of Sweden looks to its Scandinavian roots. The bright stark winter surroundings combined with the botanic inspired art found in Dalarna. Swedish artist Jacob Krajcik was commissioned to rework the colours of pressed flowers giving the folk inspired print a modern contemporary feel. 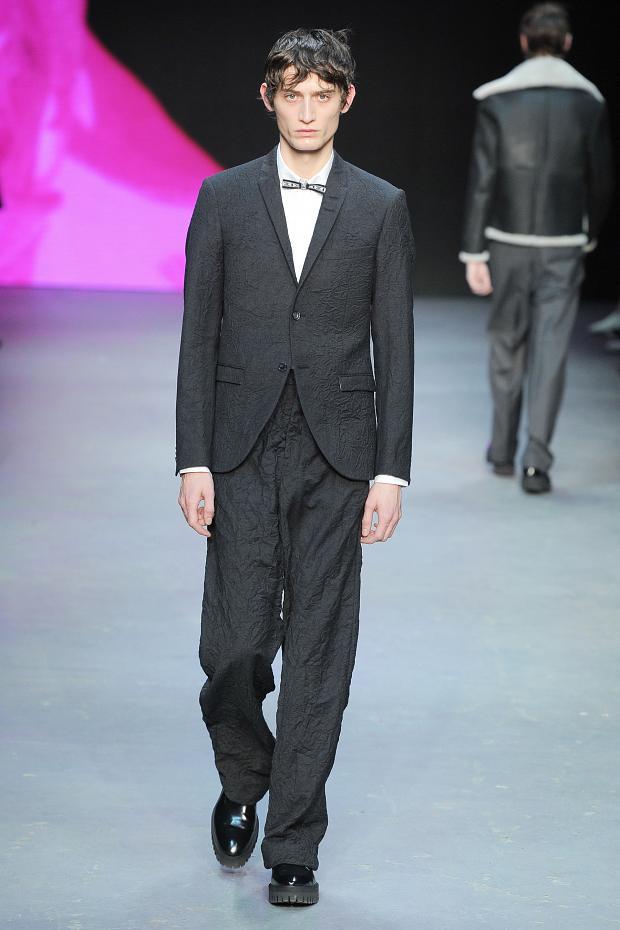 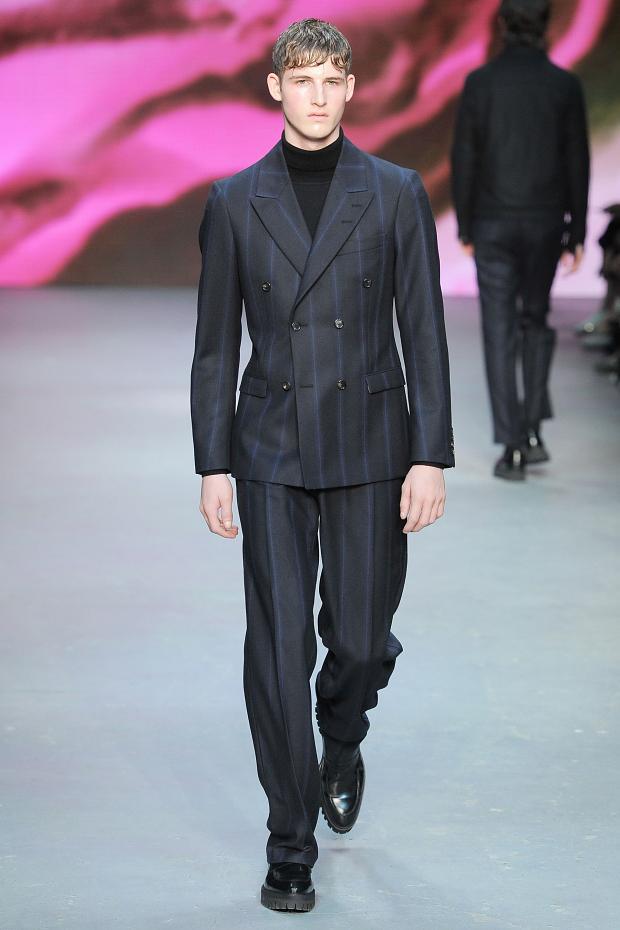 The collection features two silhouettes, the narrow cuts that Tiger of Sweden are best known for mixed with the more trend-led wider shapes of the modern day. Cropped suit jackets are worn with wide trousers and tunic-esqe shirts, long shorts are teamed with cropped jumpers and drop shoulder overcoats. Greys and blacks dominate, whilst pops of colour are muted. Suits in dusty pinks feel elegant, while jumpers and trousers in soft tan are on point. 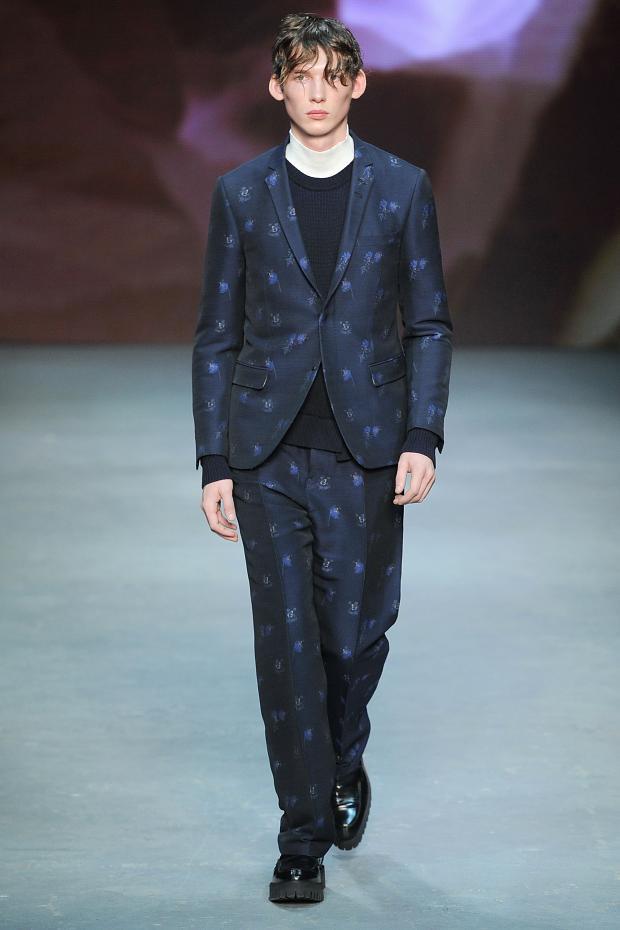 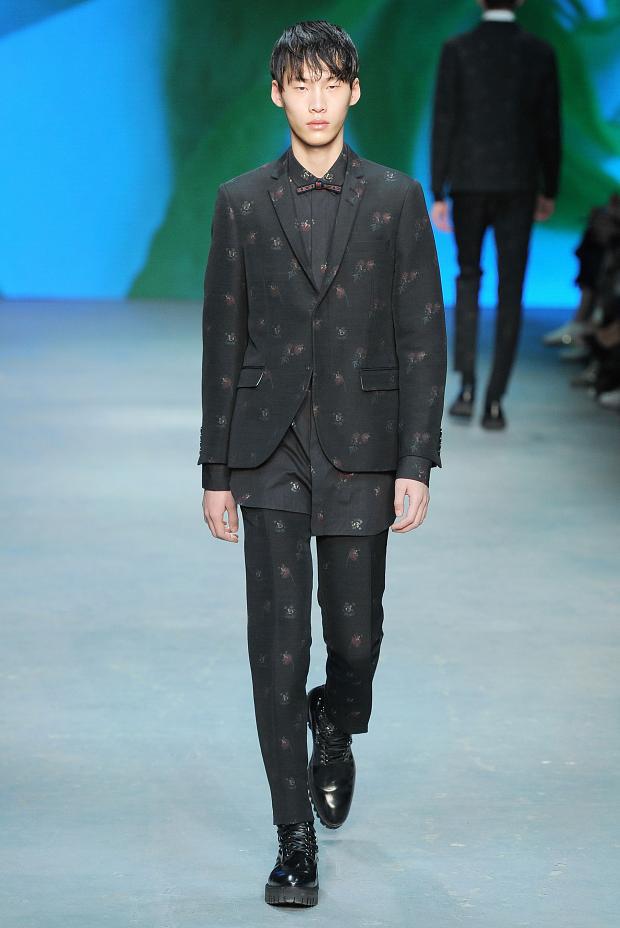 Key pieces include both single and double-breasted tuxedos, cut close with high lapels in fallow shades of peach and apricot. Utility inspired oversize trousers, a luxurious shearling pilot jacket and a softly textured teddy bear bomber. All desirable and ready to face the harsh Swedish winter. 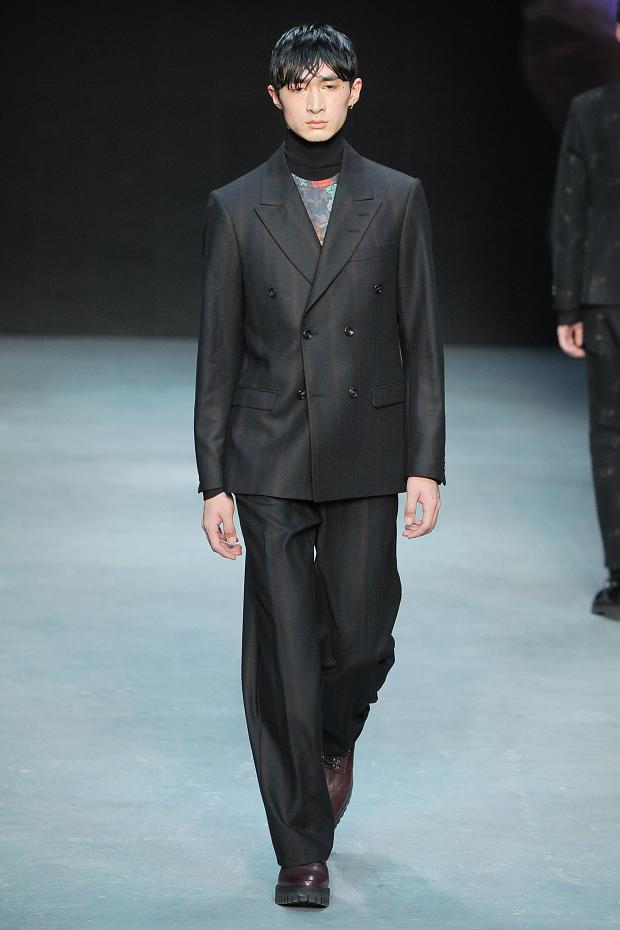 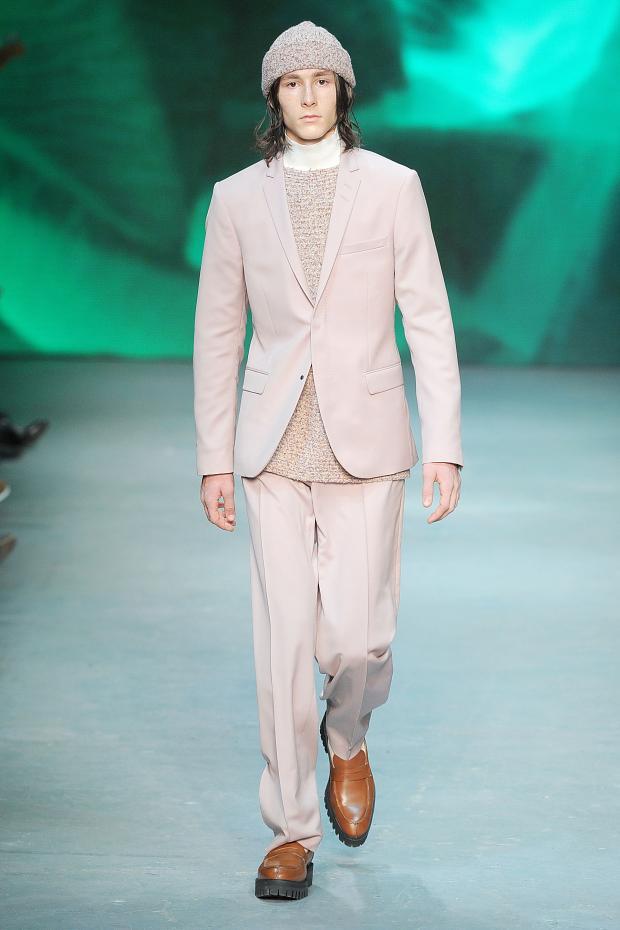 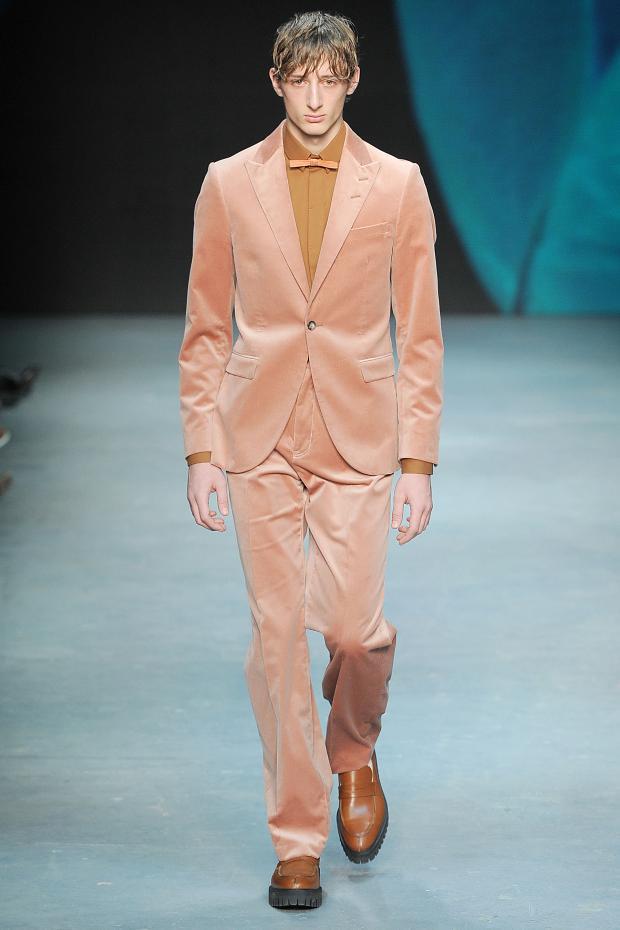 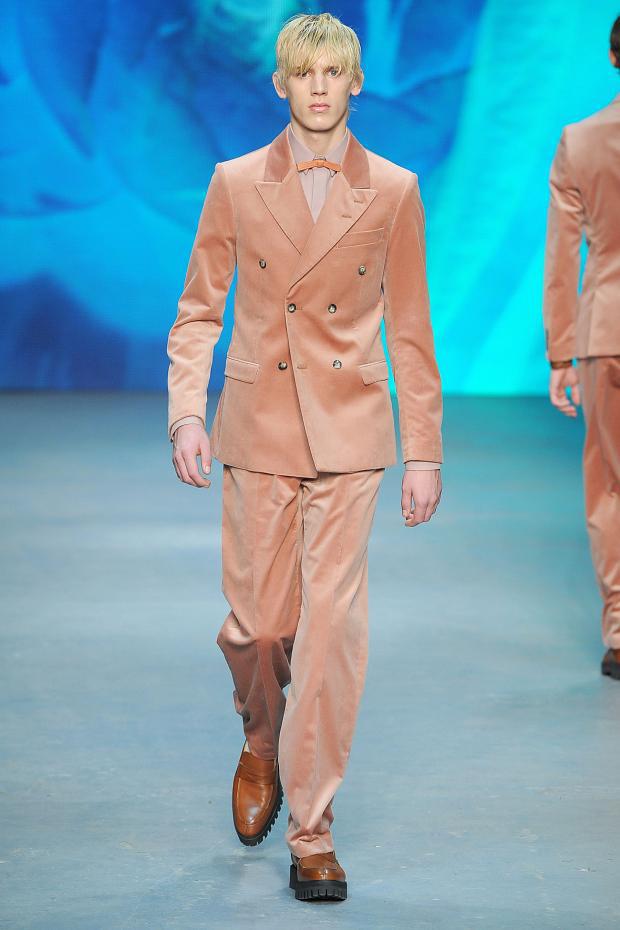