It’s Official, Benetti Menswear are now the Official Tailor to the Football Association of Ireland and the Senior Mens International Soccer team. The past months have been an incredible time for Benetti, as an Irish designed brand this partnership is the perfect fit and one they really look forward to working on over the next three years.

They headed for the Aviva Stadium last Tuesday to do their press and media launch with former Irish Internationals Stephen Hunt and Sean St.Ledger, starting the day off by dressing both in tailored fit three piece suits from their Spring Summer collections. Sportsfile were on board to cover and shoot all of our media shots with Xpose on hand interviewing and shooting behind the scenes as the day unfolded. 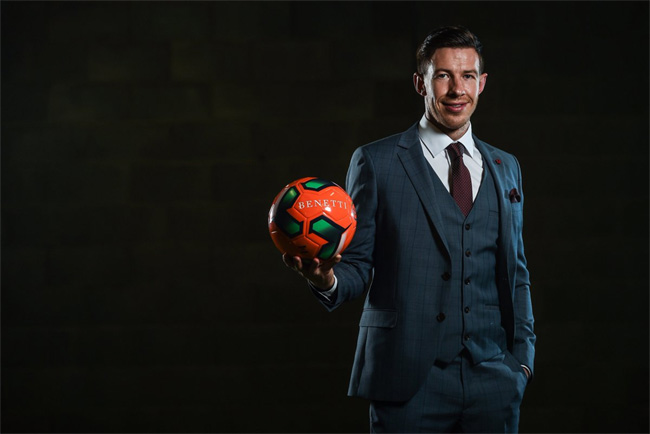 Handed his international debut by Giovanni Trapattoni in May 2009, St Ledger went on talk about the importance of looking sharp arriving to games and the confidence it brings to all of the players pre-match. Stephen Hunt, as a player carved out an impressive career across the water with Reading, Hull, Wolves and Ipswich, earning 39 caps for his country to boot. Stephen, known for his fashion prowess, commented that the Senior Mens squad will certainly look sharp when they get their bespoke Benetti suits fitted in the coming months.

It was a successful day, and for one, we cannot wait to design and supply both casual and formal outfits to the ‘Boys In Green’.