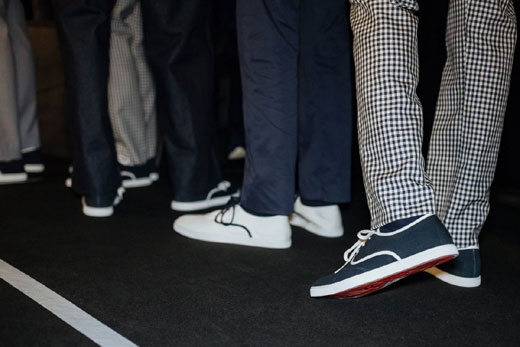 For Spring/Summer 2016, Grant found inspiration in the then new world of 1950’s Britain. Emerging from post-war doldrums, the country embraced modernism, consumerism and optimism like never before. Clothing was accordingly easy – leisurewear made a return, as leisure itself returned to England. Grant’s interpretation was both sporty and casual, with effortless-feeling pieces that belied the touch of a master tailor. 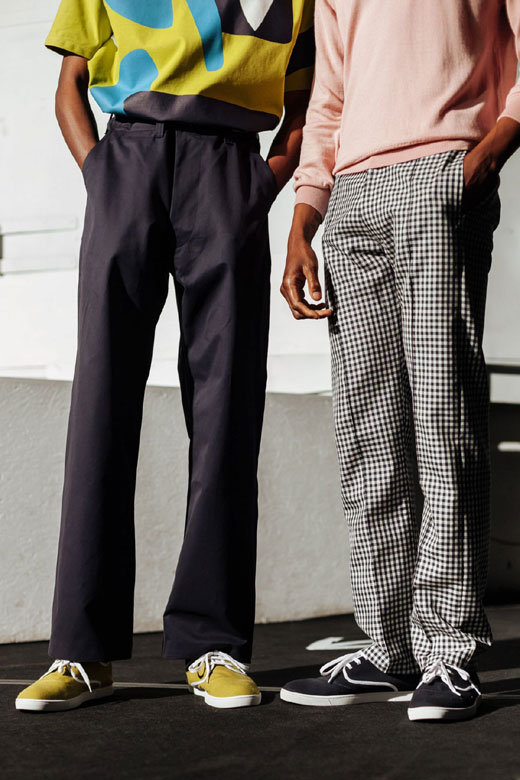 Constructed of canvas, with prominent piping seen on four colourways, alongside a classic white on white, the sneaker communicated the ease seen in the collection, with the flash of our signature Red Sole adding an element of surprise. 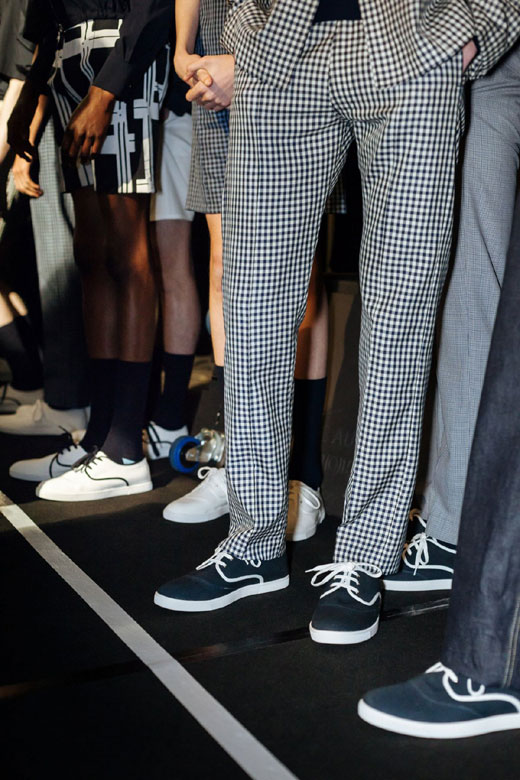 For more from Patrick Grant and E.Tautz, read the whole article about E. Tautz Spring/Summer 2016 collection.