Cary Grant and his style 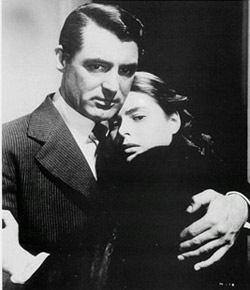 Over the years the name Cary Grant became synonymous with a "well-dressed man".

He was an English film and stage actor, who later gained American citizenship.

What is the secret of being a stylish man like him?

He considered that not only the money determines how well a man dresses. It is the taste. He had a dozen of suits and the criteria he chose a suit was that it must be in the middle of fashion. It is meant that they're not self-consciously fashionable or far out, nor are they overly conservative or dated. In other words, the lapels are neither too wide nor too narrow, the trousers neither too tight nor too loose, the coats neither too short nor too long.

He thought that the clothes should attract attention to the best line's of man's figure and of course distract from the worst.

Most of his suits are ready-made and reasonably priced. Those, which are tailor-made were from different tailors all over the world - London, Hong Kong, New York and Los Angeles. According to him the best ready-made clothes are the American ones.

His philosophy was that it is better to buy a suit with high quality than four suits with low quality.

What about the shirt?

He preferred to wear a white shirt at the evenings. The daily shirts were light blue or striped.

The conclusion is clear, the suit's choice depends on the style. It should be undisturbing, easy and comfortable.