Chester Barrie has been dressing the Leicester Tigers rugby team for a number of years. It is a partnership they relish.

There are certain challenges to dressing rugby players. But whether it is managing the chest to waist ratio (somewhat bigger than your average chap), allowing for the size of the bicep or just coping with the very well-developed thighs, it is a task their tailoring team has been equal to for the past five years. 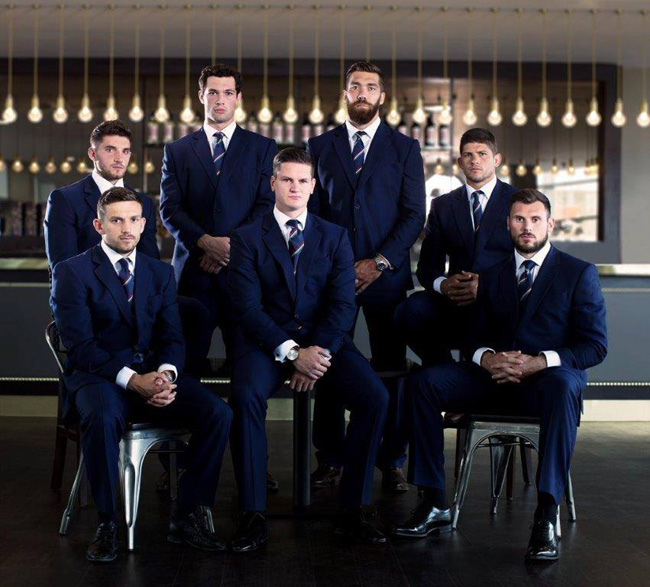 Chester Barrie is the formalwear sponsor of Leicester Tigers, England’s most consistently successful rugby club and home to a number of international players. The relationship started in the 2011/12 season when Chester Barrie dressed an Elite group of players including the young England duo of Dan Cole and Ben Youngs as well as British and Irish Lions caps Tom Croft and Toby Flood.

"Today we dress all of the first team squad as well as the coaches and backroom staff. It takes a team of four and at least three trips to Leicester before the start of the season – and, of course, some extra-long tape measures - to start the process. And then an army of tailors and machinists have to make everything to spec by the start of the season."

The size range is marked. From the burliest of prop-forwards to the nimblest of scrum-halves, they provide a tailor-made suit, custom made shirt and an exclusive Tigers tie. This outfit - their No. 1s, as it is referred to – is worn after every home game and at official functions. Leicester Tigers is surely the best dressed team in the Premiership.