Andrea Bocelli was born on 22th of September 1958. He is an Italian classical crossover tenor, recording artist, and singer-songwriter. Born with poor eyesight, he became permanently blind at the age of 12 following a football accident.

Bocelli has recorded fifteen solo studio albums, of both pop and classical music, three greatest hits albums, and nine complete operas, selling over 80 million records worldwide. He has had success as a crossover performer bringing classical music to the top of international pop charts.

Bocelli has made a large number of contributions throughout his career. He has participated in charity benefit concerts in different countries for various charities, such as the Michael Jackson benefit concert in 1998, the Memorial Concert at Ground Zero, in New York City for the victims of the September 11 attacks, and the Music of Asia festival in 2004, for the Indian tsunami appeal.

Let's talk about Andrea Bocelli's style - we all know that he is stylish during his performances and his appears on the Red Carpet. With so many awards, the tenor can't be passed without taking a look of some of his best choices in suit. 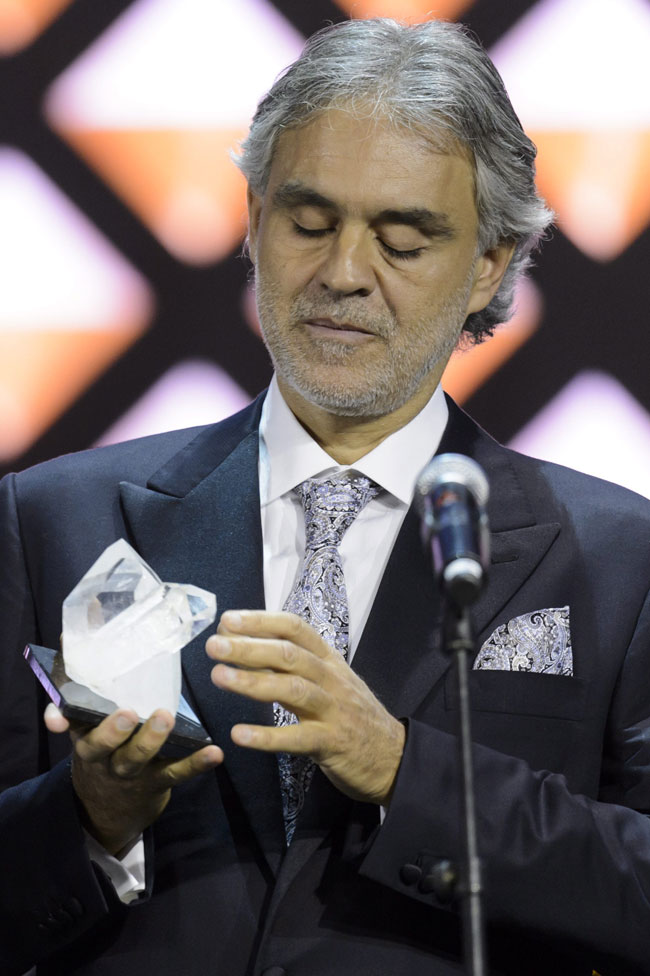 Bocelli dressed in dark suit combined with white shirt and light blue tie with floral print and pocket square in the same print/ Andrea Bocelli holds the Crystal Award during the Crystal Award Ceremony on the eve of the opening of the 45th Annual Meeting of the World Economic Forum, WEF, in Davos, Switzerland, 20 January 2015. 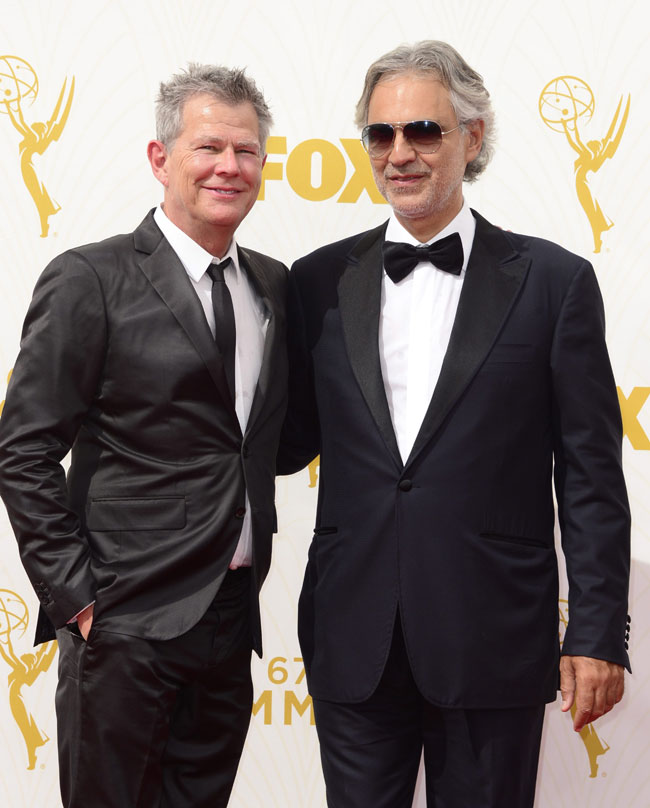 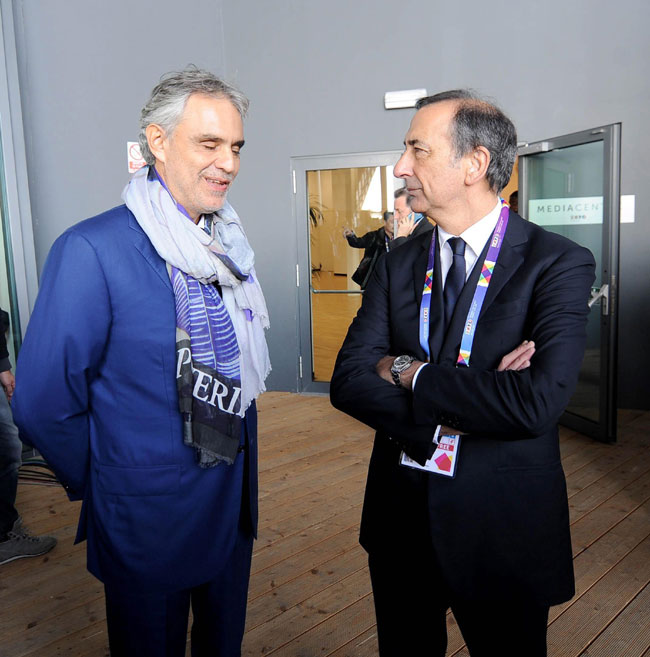 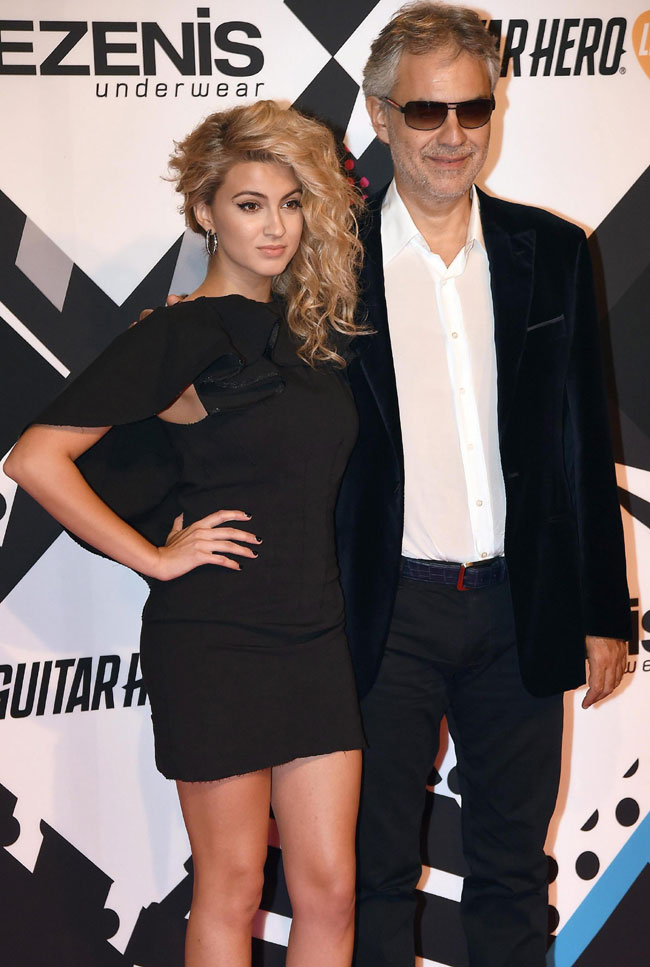 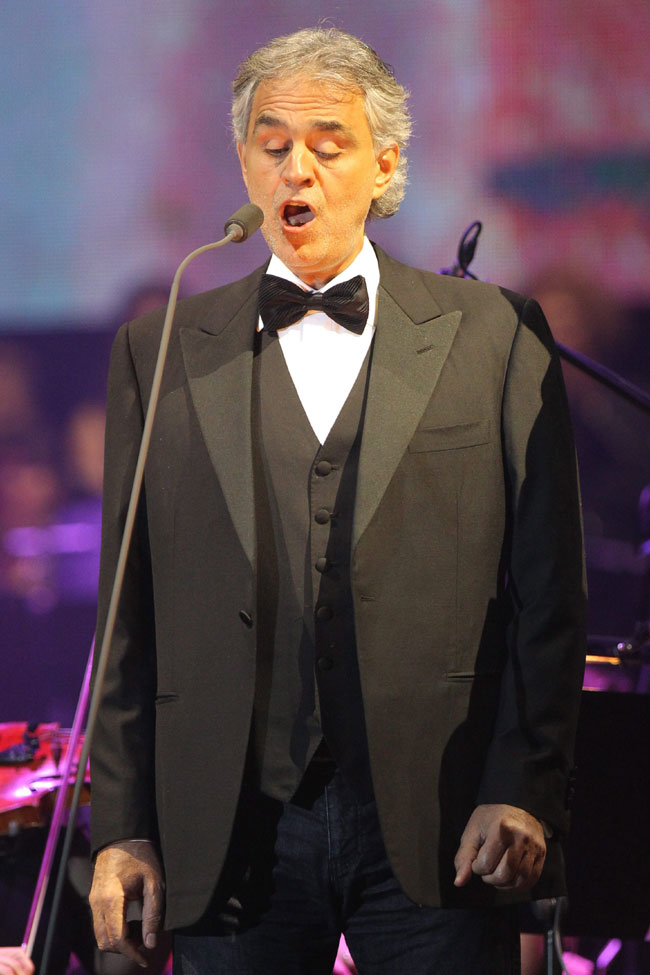 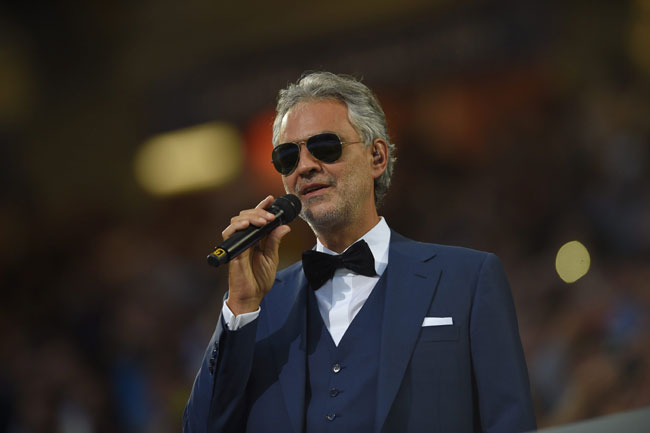 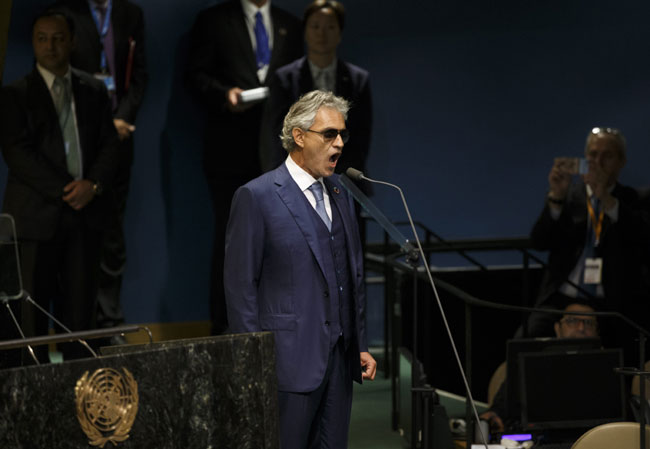 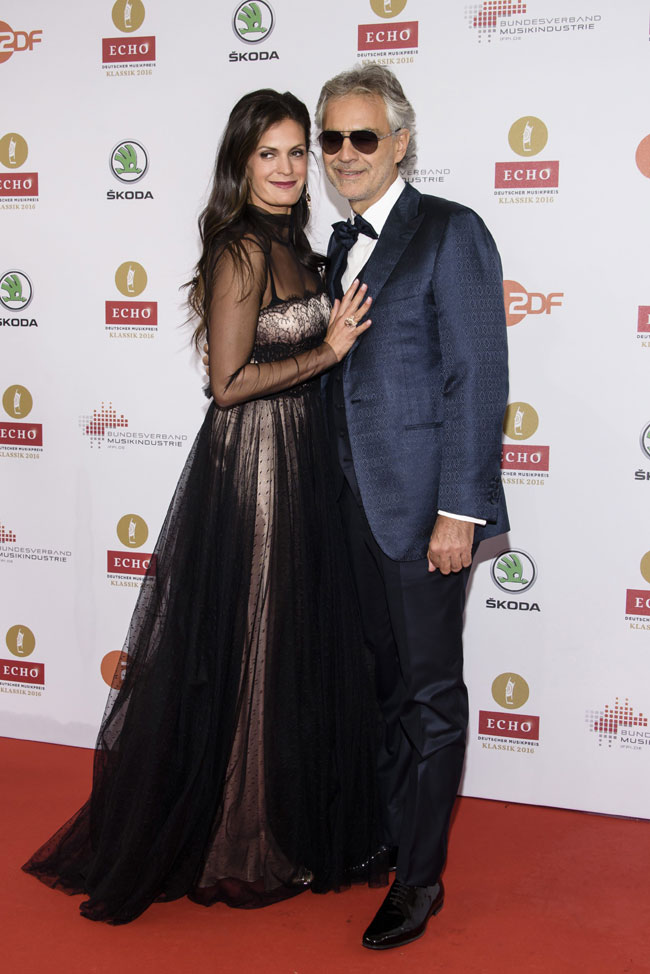 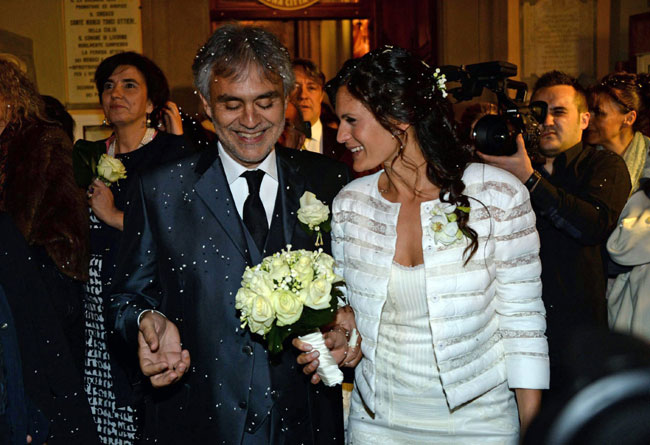 Bocelli dressed in three-piece dark suit with white shirt and black tie - formal for a wedding/ Italian opera singer Andrea Bocelli and his wife Veronica Berti smile after their wedding at Sanctuary of Montenero in Livorno, Italy, 21 March 2014. 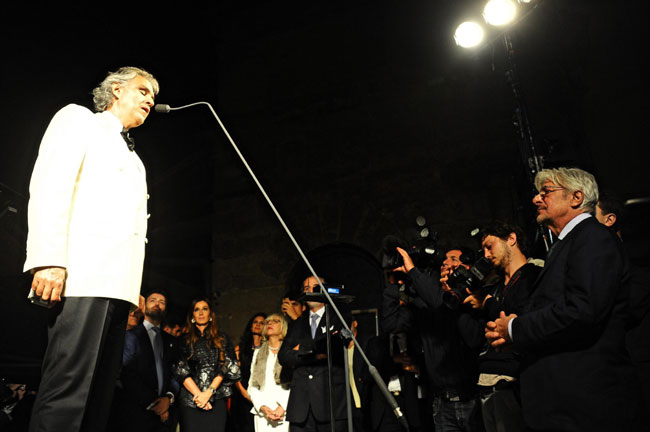 If you like the style of Bocelli, vote for Andrea Bocelli in BGFN readers' voting for
Most Stylish Men 2016