Colin James Farrell is an Irish actor. Some of his most famous roles were in the movies: "Alexander", "Miami Vice", "Daredevil" and "S.W.A.T.".

The actor always arrives at the red carpet dressed in a suit. We decided to show you some of his best choices: 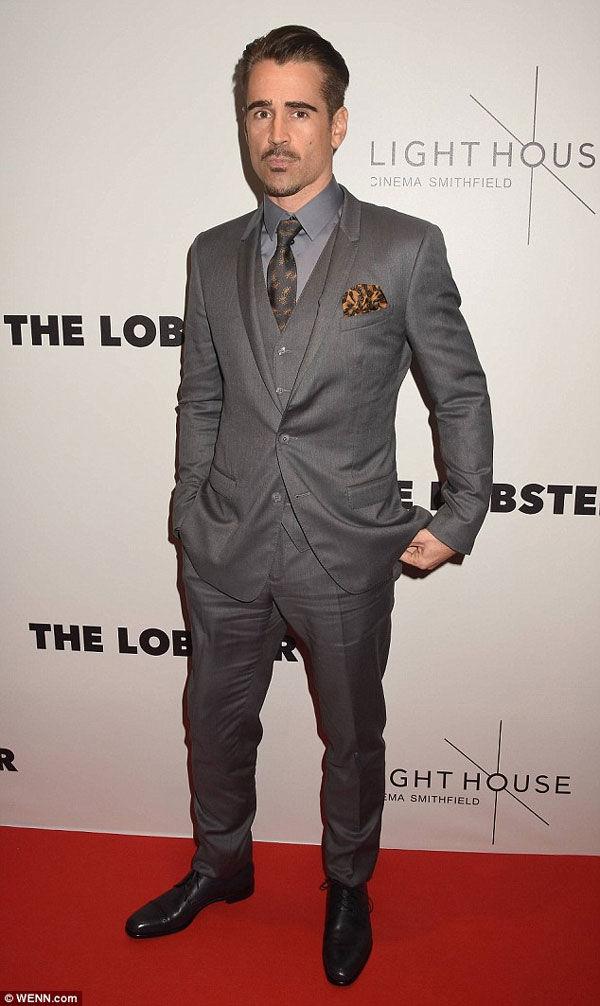 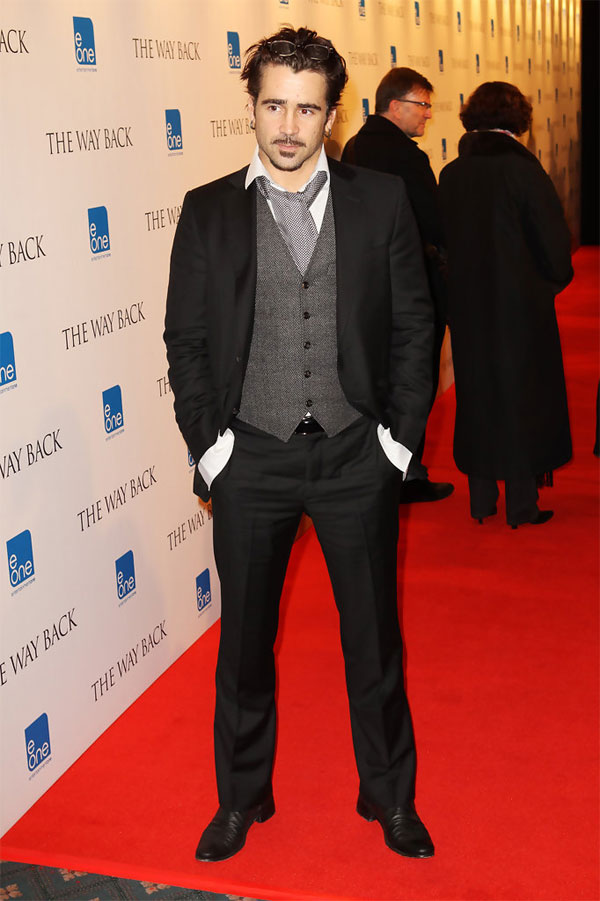 Colin Farrell in three piece black suit where the vest is grey combined with white shirt and scarf in grey instead of tie/ Photo: Dave Hogan/ Getty Images Europe 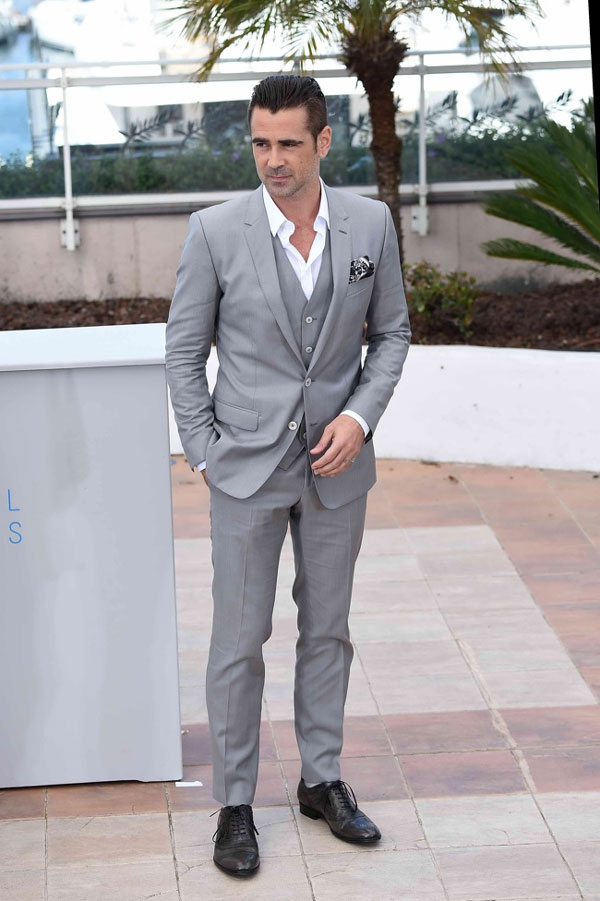 Colin Farrell in three piece grey suit combined with white shirt and handkerchief in grey shades, the tie is skipped 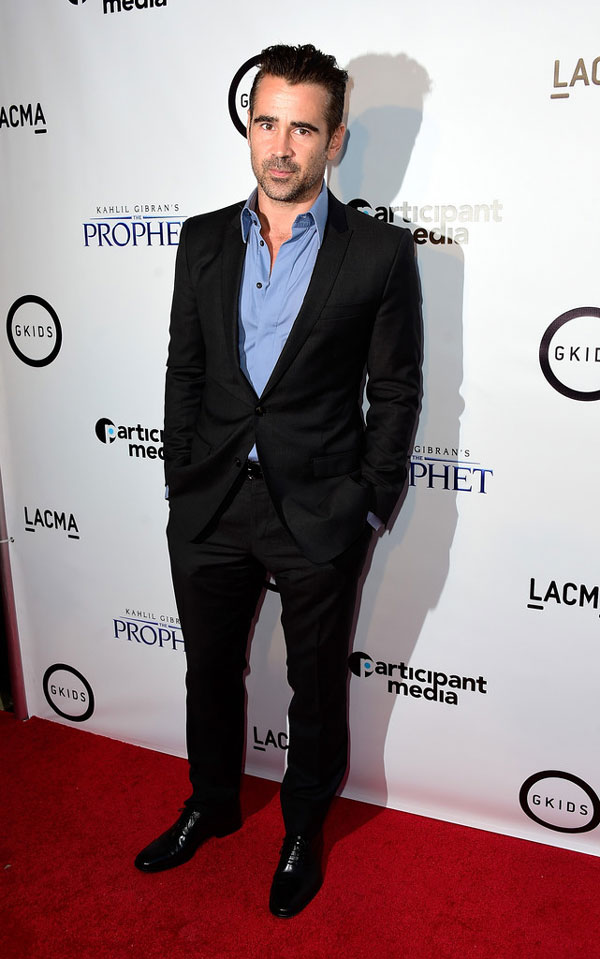 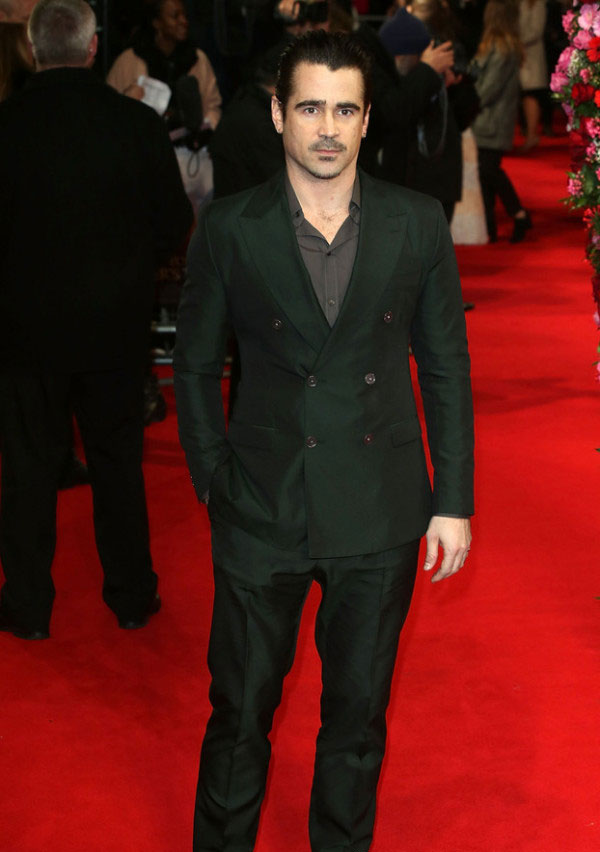 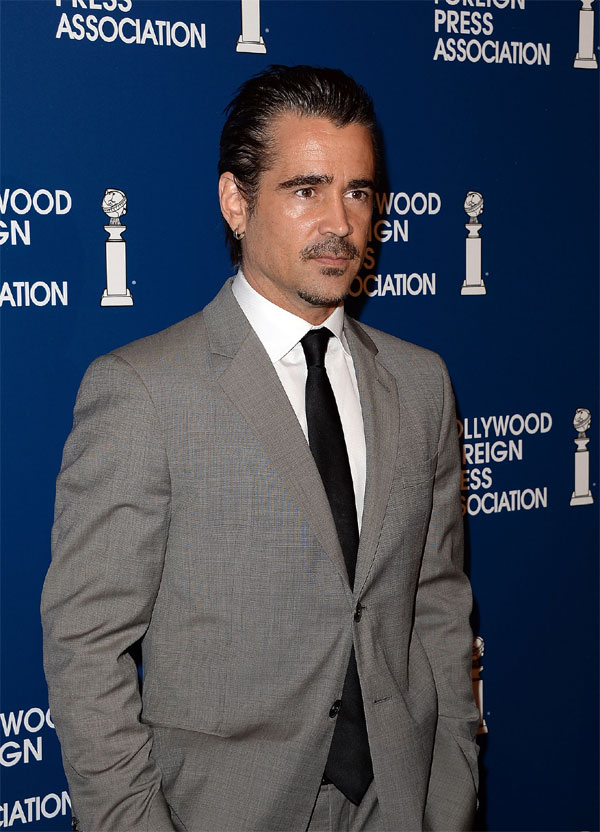 If you like Colin Farrell's style, support him in BGFN readers' voting for the Most Stylish Men 2015. Vote for Colin Farrell and win a made-to-measure men's suit jacket!