Retro vintage glasses are back in fashion. It has its benefits in the contemporary world of sunglasses. Retro glasses aren’t just used for specs but also shade as well. This indicates that not only it’s designed to protect and enhance your eyesight, but glasses of such design have also been a fashion statement. There have been ample shapes and sizes that anyone can choose from both in and out of the store. 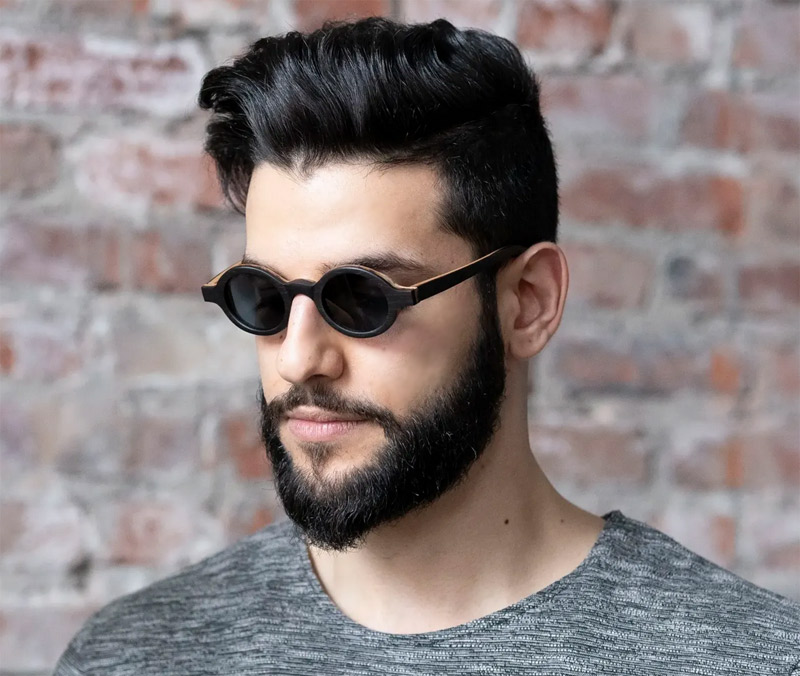 Why is vintage eyewear getting back?

Technology and Nostalgia designs play a crucial role in creating eyewear designs. Firstly we are heading into a technology-driven world where simplicity and efficiency are the key fundamentals of possession. Also, in the more advanced world, there is always a sense of nostalgia. People love what they used to possess in the past. Modern technology allows remaking past objects for the better, people want to hang with something that offers that nostalgic value.

Another reason for popularity comes from real life and fictional celebrities. While wearing retro round glasses, the first character it resembles is Harry Potter. Harry Potter will always be termed among the top five most favourite novel series of all time. It is a no brainer that people who at least read the minimum level of fantasy literature will be hooked with anything associated with J.K Rowling’s masterpiece. For those who don’t have a fascination towards reading, how exactly did they get persuaded wearing those glasses? The answer is straightforward. Retro glasses are also worn by top celebrities around the globe. While Elton John was the first mover of such glasses, it got more popular when current A-listers like Johnny Depp and Justin Bieber embraced it. Today, all celebrities that we look up to have worn such specs minimum once during their lifetime for us to take inspiration.

Style and Substance to the power infinity

Sunglasses are one product that the people demand of going full-on style and Substance. In the world of fashion, comfort and features should never be inversely proportional to style and design. This is precisely what rounded specs offer. Retro vintage sunglasses are both stylish and functional at the same time. So when such old models reemerge, the biggest reason people fall for it is that not only they look at the past, but they also portray a better-loved style in the modern world.

Round
Round glasses were a familiar concept back in the 70s. If anyone watched any entertainment videos during those generations, you would know why round vintage glasses were the talk of the town back then. Every style icon wears it to display a soothing level of aesthetics. However, the information that the general public lacks is that such styles were dated way back in the 1920s. During those periods, such glasses were made of metal. Such style continued till the 2000s. But to make it more relevant, it had to reinvent. Therefore the browline style has been the focal point of attraction.

Round glasses have managed to reinvent themselves courtesy of the Vietnam War in the 1970s. During this time, round glasses magically reappeared as a fashion statement. Who were the catalysts of such renaissance? During that time, there was an iconic group named “Flower Children.” Such groups were filled with active and passionate youths who were protesting for the war to end and restore peace and social justice. Prominent musicians of that time, like John Lennon, Jim Morrison, and other pacifist musicians, were the pioneers of such resurgence, and ultimately the round glasses have been revived back.

Oval
While there aren’t too many discrepancies between round and oval, the most significant difference is that under oval, a range of customization is possible. Also, oval shapes are a bit latest compared to the round version. The one glaring similarity between the two types of shades is that the specs are smaller. Also, both of these are one of its kinds that took off by storm in their respective decades. Previously it was featured with solely coloured tinted lenses. However, as mentioned before, old specs need subtle upgrades, hence using clear lenses as a precise complement will act wonders.  Also, make sure if the frame is oval, the glasses are round.

Mirrored Shades
Nothing gets more retro then having round-framed sunglasses with a mirrored lens. Such lenses were a symbol of style back in the 90s and pretty much the most refreshing style during that period, Unlike the other two, mirrored shades never lost its popularity. Even in the late 2010s, it has been a symbol of elegance. Celebrities like Beyonce, are the prime ambassadors of such glasses. Gold frames with blue lenses are unique as it offers the perfect reflection of you. The only drawback is that the frames are not too durable in nature, causing potential breakage.
Dark Sunglasses
If you are a fan of hip hop and movies, dark sunglasses are another cool symbol of vintage glass. Lots of super talented musicians used to wear such glasses on their peak days, which it was in the 90s. If you are a fan of Oasis, Julia Roberts, you need no further explanation of how such glasses inspired you. Such specs are made with black frames and round black lenses. Black is the epitome of excellence when it comes to sunglasses. Having a full black one shows you that it’s still chic, despite being a vintage glasses.

Modern Technology allowed some sections to be reborn, and sunglasses are one of those. In the world of fashion, nostalgia doesn’t always have the most prominent style value. The revival of some of the designs would make anyone fall in love with the retro. So if you are not someone who believes the past should stay in the past, then relive your nostalgia. 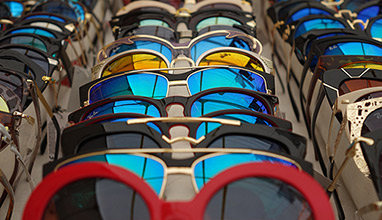 Sunglasses Guide: What Types of Sunglasses are there?