3 Reasons Why Wearing a Suit Can Help Business Meetings

They say you can't judge a book by its cover but it seems human nature does so anyway. This is particularly the case when it comes to the workplace. Two of the most critical times to dress sharply are in a job interview and at a business meeting. While dressing successfully for an interview depends heavily on what the job is and what the dress at the workplace is like and can very well mean that a more formal approach will work against the applicant, a business meeting carries with it a different set of assumptions.

While others may cry that the suit is a dying trend, it still carries with it a serious and disciplined air. There's a reason it seems that some respectable job positions come with a suit, like bankers, lawyers, and CEOs; even if some believe the suit is dying, its place as ideal formal wear doesn't seem to be going anywhere. The suit says, 'I'm not here to mess around.' Which is just one big reason why a suit is a good idea for a business meeting.' 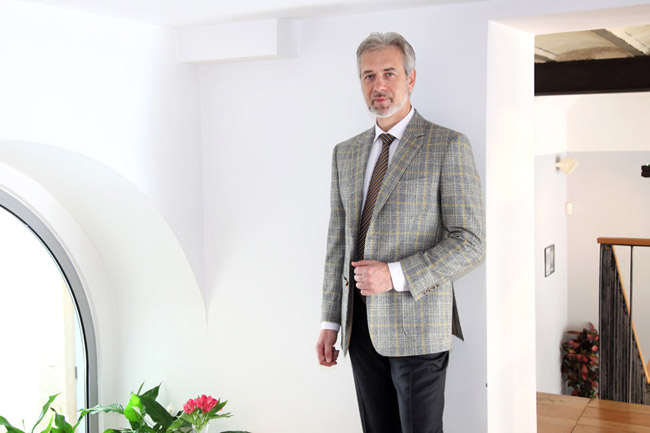 The Suit is a Symbol of Productivity

What a person wears changes their behaviors. That's a reason why schools might require uniforms; children in a specific set of school clothes are more likely to have an at-school mindset rather than a playing around mindset. The same goes for a workplace. More formal wear rather than everyday wear increases productivity. Even in cases where that's not true, a person in a suit, even just sitting at a computer, still looks more productive than someone in casual clothes sitting at a computer.

In a business meeting, it's important to get across the message that the parties involved are serious about doing business. Wearing a suit therefore sends the message, 'I'm a productive person,' without its owner having to say so or demonstrate by action. When the owner says or demonstrates so, the suit punctuates the point rather than undermining it. After all, what one wears to a meeting speaks volumes about him or herself, so it's important to send the right message. Which is another reason why a suit is a good idea:

A Suit Says All and Only the Right Things

Not only does a suit say, 'I'm productive,' while helping its wearer be more productive, but it sends other positive messages. 'I'm successful.' 'I'm serious about my work.' 'I know what I'm doing.' It also stays silent on other matters, which is to say, a suit isn't distracting. For example, with a woman, a low-cut shirt may send any number of messages that have nothing to do with the business meeting and draw attention from what she's trying to say. Even if the shirt is otherwise flattering and promises success and serious work, it says the wrong thing, too.

Clothing represents the person wearing it, and reputation is key in business dealings, in person or online. The person attending the meeting represents their position and even the company at large, so their clothes also represent the business. Which makes the last of the three reasons a suit is a good business idea:

Represent the Position and Company Well

If a suit says that the individual is down-to-earth and productive, laser-focused on work, then a suit says that the business is a serious place as well. Even if the workplace allows casual dress and a relaxed work environment, when representing the company to another, it wouldn't do to display the company as a whole as relaxed and casual. When it's time to go to a business meeting, it's time to put on a serious face and suit up.

Murris has been in the digital marketing industry full time since 2003, all while doing his best to keep the professional appearance his profession deserves. His experiences and expertise in that industry have allowed him to work in well over 50 different industries, while spending time traveling as a husband and father.